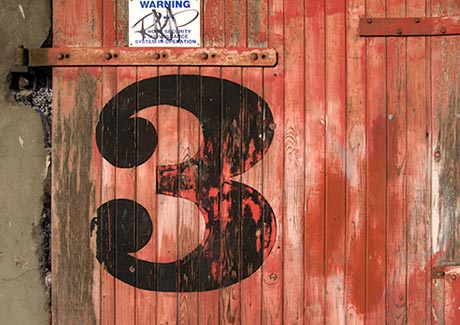 “Who’s going to pull the button on it? When Chris says he has to be traded, how’s that going to go? … Someone’s going to have to make a very nonjudgmental decision on that part that’s not going to irritate anyone else in the league.”

Los Angeles pulled off a coup, Thursday. Nobody thought they could do it. But they got him. Best player at his position. 2008 MVP (should've been, too, though LA fans don't like to admit it). There have been other suitors, mind you. There have been better offers, depending on what you think they're looking for. But the team bowled him over, took a bigger-than-reported risk, and expects it'll pay off. And really, when you're fresh off a new TV deal, fresh off a labor dispute, and fresh off a lot of bad PR for the city and sport? Why not, you know? Take the chance, roll the dice, and get the best player you can. When I saw the news, I was shocked. I sincerely wondered if I'd been dreaming. Was it an illusion? Don't think so, I'm starting to come around, but I'm still going to go check. ... Yep. Pujols is still a Los Angeles Angel of Anaheim. You thought I was talking about Paul? Maybe tonight, but not as I write this post.

That was your Thursday. The NBA opened today. Welcome to the madhouse on Madison Boulevard, folks.

I don't really want to be flip about this. But I'm going to start with some context. This year has starred sports scandals of unparalleled depravity. Sandusky/Fine, the Turkish football debacle, the Miami stuff earlier this year -- we've had a rough year. And the Lakers? It's arguable that this trade going down in flames is a very good thing for them. It wasn't a stellar trade for them. It may still happen. But if it doesn't, in the same way I will wake up tomorrow and return to my life of basketball bloggissista-ing, the Lakers will wake up tomorrow and return to laking. They've dominated this league since before I was born and they'll dominate it after I die. Don't get CP3? Fine. They'll corner the market on the next young star, win a few rings, and remind everyone who they are. This particular scandal isn't important in the grand scheme of the world, much like anything related to sports.

In the context of the NBA, though, it's big.

The trade-that-wasn't shines a whole lot of light on things that Stern would've rather kept in the dark. There's no more than two or three people I've talked to who actually approve of what happened -- how it went down or that it went down. Which is, frankly, the key distinction between this and the LeBron debacle or the Melo trade. The fundamental difference that makes this so much more important to the league. In each of those situations, you had a significant number of people who were angry -- furious, even -- and some significant disapproval of the thing that happened. But in both of those cases, even with those who disapproved, you could still extract the obvious "it's HOW it happened, not THAT it happened" caveat that makes the gripe so much more reasonable. It isn't that LeBron left in free agency. It's that he did it the way he did! It isn't that Melo got traded, it's that he did it in such a way that ruined the Nuggets' season. Never mind we don't really have a better alternative. It's still not a critique of the mechanisms that put the deal into place, or the trade itself. It's a critique of the manner it happened, the players involved, the externalities unaccounted for. But this? The outrage over this trade? This isn't outrage over the manner it went down (although, frankly, it went down worse than Melo or LeBron in terms of bad PR). This isn't outrage over the players that any of the franchises were going to get. Really, it's not. This isn't outrage over the external problems the deal itself would create, like the TPE tailored to fit Hedo.

The outrage is rooted in the blatant disregard for protocol that Stern showed by changing the rules mid-stream, I think. Look at it this way. Stern gave Demps the authority to wheel and deal. Demps did his job -- he saw the market, talked with his star, and got the best deal possible. There were things to quibble with, but overall, the Hornets got a decent haul and would be able to flip their new assets for picks relatively easily. There were always going to be teams in the league that wanted those assets, if the Hornets decided they were selling. But Stern didn't like that Demps had simply done his job and done what was best for the Hornets, and he didn't like the media explosion that went on as people realized what had happened. Just like that, Stern went and did something that would look bad even if he was a normal, everyday owner. See, at first I thought this was at least slightly reasonable -- I considered the fact that owners can, and sometimes do, refuse to go through with trades. Stern owned the team. Ipso facto, it was similar to those situations. Right?

Wrong. The thing is, it wasn't an owner straight refusing to go with a trade. It was the owner accepting the trade by granting his implicit OK, beginning the machinations, allowing the trade to come to completion and fruition... then immediately relenting when he realized what he'd done. Owners don't usually do that, because that would be completely ridiculous. It would show no confidence in your GM, your front office, and essentially make you the team's overlord. Not the team's owner. There are unwritten rules and mores that owners follow. Now, Stern didn't think things through when he allowed the Hornets to shop Paul, that's obvious now. He should have just told Demps they weren't trading him, and that was that. Perhaps Demps would've resigned then, instead of at the end of this mess. What Stern did was laugh at the trade proceedings, accept them on a theoretical level, then did a complete about face and shot everything down at the last second. He stretched the credulity of the mechanisms involved and broke protocol that was previously well-established -- the league's front office simply doesn't make this kind of a call. Did he own the team? Sure, under a sketchy definition of ownership. But an owner doesn't reject a trade after its happened. An owner makes sure the GM is aware that the trade will require his approval before the fact. A real owner does that, and that's the protocol of GMs in an average owner/GM relationship. But in the case of this trade, he led Demps and all parties involved to believe that Demps needed no final approval to make the trade. Demps was the Hornets. He represented them. Hence why it was reported a done deal. Then, out of nowhere, to strike it down?

That's where it simply gets absurd. It stretches the mechanisms that make the league work. It hurts the GM to league relationship between Demps and Stern, and whether intentionally or not, left everything so vague last night that nobody really had any idea of what capacity Stern had rejected the trade in. Did he reject the trade as the league's commissioner? As the Hornets' de facto owner? As simply David Stern, the all-time representative of the league's power? Nobody really knew, and in a case as strange and unprecedented as this, ambiguity begets assumptions. Assumptions that are unilaterally worse than the truth, but also completely understandable -- in a situation where someone does something so utterly absurd that you have no idea how to respond to it, all you can really do is make assumptions. Cut through the hazy ambiguous waters of the bloody sea nobody really knew even existed.

That's why this was so incredibly strange, concerning, and altogether disheartening. That's why, when I saw the trade had been cancelled, my confusion turned to sadness turned to anger. Even as someone who really, really doesn't like the Lakers. In erasing that which he'd already approved, he changed the game. He completely transcended the rules he had himself created, destroyed protocol, and created a monster drenched in ambiguity. The next time a big trade gets made, NBA fans aren't going to remember that the league owned the Hornets when they rejected the deal. They aren't going to remember all the reasons Stern technically wasn't as in the wrong as people say. They're going to remember the feelings of confusion, regret, and not-knowing. The feeling that nothing the NBA front office said could be taken at face value anymore. They're going to remember that Stern balled up his fist and had a tantrum, and destroyed a perfectly reasonable trade on his whims alone. May not be true, but it's perception and it's how it felt to all involved. That matters. It's dangerous, for a league trying to expand, to become less of a running joke among some. And yeah, I think the trade happens tonight. But even when and if it does, the feelings of confusion from last night are going to drench the league among the ones who saw it for years. It's singlehandedly upended "The Decision" as the hallmark moment of the NBA's followers in the last few years. And it's not a good thing. For anybody.

So, the answer to Phil Jackson's question one year ago? "No one knows." It's one year later. We still don't.