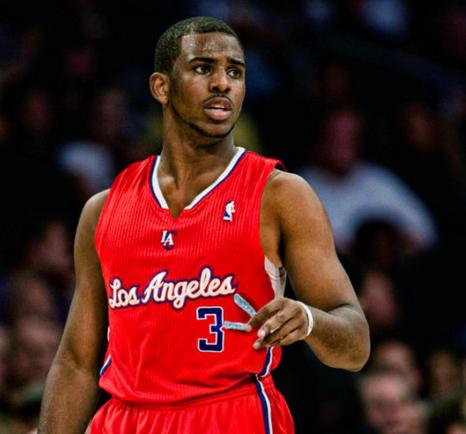 Remember my post from less than a week ago, where I started with a misleading paragraph meant to make you think I was describing the Chris Paul to the Lakers trade? The one where I was actually talking about Albert Pujols in an attempt at some classical misdirection comedy? Well. I'd ask you to read that introduction again, and actually apply it to Chris Paul this time. Because virtually everything I said for the Lakers -- that they weren't really expected to land Paul, that they took a bigger risk than was being reported, that there's this sense where you wonder if you're dreaming -- effectively summarizes how I feel about Paul going to the Clippers. Countless words have already been spilled on it, but I feel that there's a lot that's being left out of the conversation right now. So, I'll be the contrarian folk hero who quixotically tries to add a bit to the discussion. Paul to the Clippers. Really. This actually happened. Let's discuss.

I have a lot of disparate thoughts floating around in my head regarding Chris Paul's move to the Clippers. But I'll start with something that's escaped major mention in the mainstream coverage of the trade. This is a great pairing, don't get me wrong, but regardless of how electric Griffin and Paul can be together? The 2012 Los Angeles Clippers really aren't going to be significantly better than the 2011 Hornets, when healthy. It's a fact. They'll be more fun to watch for the general public, and they've got a more engaging core. But they've only really accomplished the first step of becoming a contender -- they now have a stunning two-person core with a load of ill-fitting flotsam around them. The sensationalist ramblings of how the Clippers have immediately become the team to beat in the Pacific or among the class of the Western Conference strikes me as misguided at best and completely absurd at worst. They'll be good, but they're going to be 2011 Hornets type good, not 2011 Thunder type good. And the 2011 Hornets were a really good team. Chris Paul ran the offense as Chris Paul is wont to do, and Monty Williams built a brilliant defensive system around the pieces he had.

To wit: the 2010 Hornets were, defensively, one of the worst teams at utilizing their talent in the league. They ran man-to-man defense with poor man defenders and had no coherent system. Monty came in last season and not only changed the system, he completely threw out the old defensive playbook. Gone was the strand-your-man defensive stylings from late in Scott's tenure and Bowers' misguided reign. Instead, Monty instituted a new and somewhat revolutionary system. When they were in the game, he parked Chris Paul on the opponent's primary ball handler, Trevor Ariza on the opponent's primary perimeter scorer (dependent on who was hot as well as who was the "star"), and Emeka Okafor on the opponent's primary big man. Everyone else? Rotations. Lots of them. The Hornets defense was extremely fluid, leading to constant cross-matching and a wealth of strange but creative rotations. David West on a star shooting guard, Jarrett Jack on a big man, etc -- there were a lot of strange (and usually deathly poor) cross matches last year with the Hornets. The thing is? It worked. The Hornets were a top-10 defensive team in the 2011 season, despite starting David West and Marco Bellinelli, and despite CP3's defense falling off ever so slightly from his 2009 peak. But they were also -- despite CP3's best efforts -- a bottom 10 offensive team. And this is where I have to stop this and emphasize a few key facts about these Clippers compared to last year's Hornets, or anything close to the most successful Hornets team Paul ever had, the incredible 2008 Hornets from when Paul was at the height of his powers. 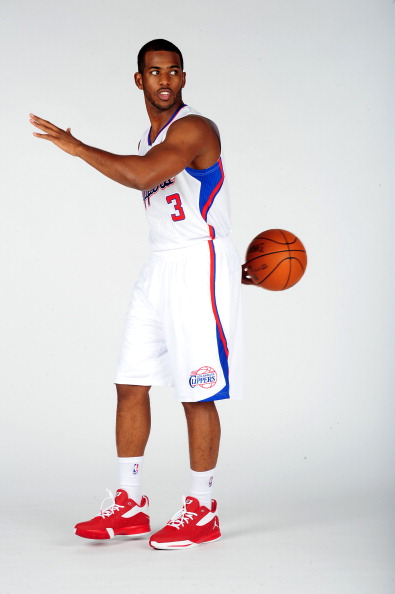 Having said all that, it's time to explain the title of the article. It's true that every team involved took a risk here. Stern risked his reputation to veto the Laker deal, then approved this knowing that the debacle has added a slightly skeevy tint he's never going to be able to wash out to his overall legacy. While the Hornets got back a rather amazing package (Gordon will probably be the best shooting guard in the league in two years, a top-10 pick in the most loaded draft since 2003, a promising prospect in Al Faroq Aminu, and an expiring contract to save future cap room in Kaman), don't think they aren't taking a pretty big risk here. Gordon is a star player and in two years he'll be up for free agency himself. His hometown team -- the Indiana Pacers -- has specifically angled to have max-deal cap room right when Gordon gets to free agency. This trade looks significantly worse for the Hornets in 2014 if Gordon spends two years leading them to middling sub-playoff performances that nevertheless keep the Hornets from getting the quality draft talent they need. It looks worse still if after leading them to that kind of a middle-tier hell, Gordon gets up and leaves for the Pacers. There's a big risk of that happening. The Clippers, on the other hand, essentially gutted their team to put together a two-man core starring a mileage-heavy point god with no meniscus in his left knee and a no-defense rookie phenom. What if Paul blows out his knee? What if they find they need more pieces, but DeAndre Jordan and Caron Butler's insane deals keep them from doing it? What if they peter out at a ceiling no better than the 2007 Hornets? Gigantic risks all around.

I'd argue, though, that if you look past the risks and go a bit deeper into each side's motivations this is a deal that is best summarized as "the easy way out" for essentially every party involved. For Paul, he gets his big market he wanted, even if it's not the franchise he wanted -- he gets to leave New Orleans, say some nice stuff about the city, and move on with his life. He gets the instant "it's the Clippers" excuse if Blake and him don't pan out as a dominating twosome, and he gets his free agency in two years if the situation simply doesn't work out. It's great for him. It's simple, it's easy, and there's no real penalty for failure. The Hornets took the easy deal, able to sell to their fans that they got the best package available and they're building for the future even if they just pulled a bush-league move with their season tickets. They've sold out their 2012 season tickets already, from what I've read -- this was sort of on the expectation they'd have Paul, or at least some kind of decent basketball to put on the court. Now? They're the consensus worst team in the league and they've harmed the franchise's ability to stay relevant in a market that wants them moved out. The original Laker deal was far, far worse than the Clips deal for the future of the Hornets franchise. That's impossible to argue.

But contextually, trading Paul for a decent roster that makes playoff revenue isn't the worst fate for the Hornets, and for a franchise on the verge of getting thrown out of their city, it might be the best-case scenario. Turning the team into an unwatchable horror show gives me shivers of the Seattle Supersonics back before Bennett moved them out. And ripping an already-moved franchise from the city of Katrina seems like a terrible, terrible move for the Hornets as a franchise. But it also seems like something virtually guaranteed by this deal. Was it the best deal? Sure, in the long term, and if you don't care if the Hornets stay in New Orleans. It was the easiest call you could possibly make if you're that front office, or the NBA people who vetoed the Laker deal. If you're the fans, though, you're in for a terrible hard slog and left feeling that New Orleans is far more likely to lose the franchise now than they were before this ordeal. And the Clippers? That's the easiest one to explain. They essentially have had the 2nd most bumbling offseason of any team yet, what with the massively overpaid Jordan deal, the awful Caron Butler signing, and the signing of Chauncey Billups to a team where he can't actually be of any use. But the price? The Clips gave up 4 of their top 5 trade assets and essentially got destroyed at the bargaining table -- if they'd held out and kept Gordon, they'd be the second best team in the Western Conference. Instead they went the easy route -- they gave in, shrugged it off, and now have a markedly worse team with pieces that don't make sense together. But they have Chris Paul and Blake Griffin, and you can sell that.

Which, in the end, is all that matters. Sterling can sell Los Angeles that, easily. And even if the pieces he gave up mean the team is hardly better than the Hornets team that probably was (with West on board) a second round team that push the defending champs to 5 or 6 games before bowing out, the Clips have two stars and Sterling doesn't really care what they do beyond that. He cares about his money. He cares about making the Clippers profitable. With Chris Paul and Blake Griffin, the Clippers are the most marketable team in the NBA. They'll thrill crowds with dunks and pretty passing, even if their defense is crap and their coach is arguably the worst in the league. Sterling doesn't really care how far they get in the playoffs, or if they'll ever be a champion -- his ultimate goal is to have a franchise that makes money. And thanks to this trade, he's now the owner of the single most marketable superstar combo in the league. Did he give up too much to get it, and leave the team (basketball-wise) relatively adrift? Yep. Does he care if the basketball isn't nearly as good as its potential? Does he care if CP3/Griffin is potentially a horrible and underachieving disappointment, if he makes his money? I don't think so.

And if you really think about it, you probably don't think he does either.