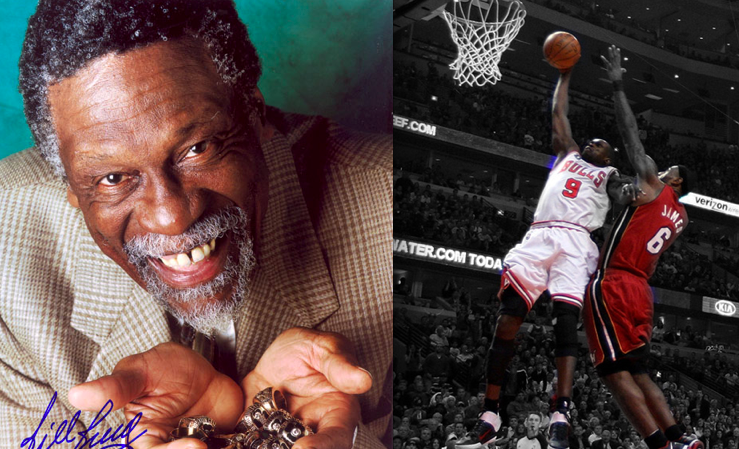 But ask us after a game. After we’ve played the Bruins or the__Islanders; after a playoff game. If you don’t understand the excited__tumble of words, look at our gray-white faces, at eyes that glitter and__pop at you. Look at our sweaty smiles, at hands that won’t shut up. An__hour later, a day’s tension sucked away, look at our bodies. All gangly__and weak, so weak we laugh it feels so good. Look at our faces, at__smiles distant and content.

[...] Coaches like Vince Lombardi and George Allen have told us we must play for certain reasons. As children, our parents and coaches told us something else. But after the Bruins series, Chartraw came much closer, "I don't play for money," he laughed, "I play for the party after."

So the other day, Aaron linked me to Craig Lyndall's fantastic article about chasing rings. I think a lot of it rang true and if you're into the experience of being a fan (quite a general category), it's a must-read. The piece is earnest, filled with credible self-doubt (who doesn't like Big Z?), and attacks a foundation of NBA culture, namely that the ring is king.

Lyndall successfully deconstructs the notion that a ring is meaningful in an absolute sense and in and of itself, which is a common premise used to justify ring chasing by players ranging from players with such diverse backgrounds as Wilt, Barkley, Chris Paul, and Zydrunas Ilgauskas. Essentially, Lyndall argues that a given ring is only meaningful in the context of the complex circumstances which produced it: The ownership, the fanbase, the locker room, the coaches, the games, and finally, the players themselves as individuals. This is a very clever and important point: A ring (especially for an older vet like Ilguaskas) only matters to the extent that that player is able to make meaningful relationships with the others (most importantly to Lyndall, the fans) involved in the title.

And Big Z, Lyndall argues, would have gotten something transient and ultimately meaningless in his ring if the Heat had beaten the Mavs this June. Without the total emotional involvement of the Cleveland fans that had stood by him for so many years in recovery, without a fanbase that had come to respect him as a great player cut down by injuries, and a class act and a franchise cornerstone at that, a title for Big Z would be a relatively hollow achievement. There was a deep and mutual respect between Ilgauskas and the city of Cleveland which would have made a ring with the Cavaliers as sweet as any title could ever be, at 5 mpg or 35.

On the other hand, the Heat fans, not having much of anything to do with Ilgauskas beforehand, would instead (by and large) see him only as a limiting factor at C that rode in on LeBron's coattails. They would see only the clumsy veteran that couldn't get it done anymore, and possibly never had gotten it done. Juwan Howard was and is in much the same boat. (Both these players, it should be noted, have apparently had a real and positive impact on team morale which has been widely reported. Still.) To all but the most careful of Heat fans, the emotional connection between Ilgauskas and the fans simply wouldn't have existed. That doesn't sound like a very special thing.

One reason I like Lyndall's approach is that it forces us to confront bare statements about certain players being better than others because they have more rings. The question then becomes: What rings? To what extent were they involved in producing them? Did their ring represent a culmination of their career and fan narratives, or was it just a vet-min, 15 mpg swan song in a different city? Bill Simmons' Alpha Dog-Everyone Else approach is problematic, but really, it's one step away from a much better question: Was this player directly responsible for their ring?

But look at the actual wording of a few crucial paragraphs of Lyndall's piece and see if the wording doesn't clash with your own experience (bold mine):

"Championships are complex things. It is a complex achievement in team sports because it relies on so many relationships. It encompasses relationships between players, teams, coaches, owners and most importantly fans. I hate to put fans first as some sort of cheap ploy to get everyone on my side, but it is true. Holding up a trophy is meaningless without a bunch of crazies in the seats screaming their heads off. You can’t get showered with praise in a parade if there aren’t a million fans lined up along the route. We can’t win the championships as fans, but we also shouldn’t sell ourselves short as a part of the equation. NBA players, almost as a rule in this day and age, sure are selling us short."

"Let’s pretend that the Miami Heat defeated the Dallas Mavericks last year. Zydrunas would have gotten a ring. He would have attended a parade. He would have held up a trophy. Then what? Professional athletes rely on their history and legacy and their relationships with fans usually far outlast their time playing the sport. Zydrunas Ilgauskas was never going to set up shop as a fixture in Miami. Some Cavs fans might have felt good for Zydrunas, I guess, but there’s no longevity to it. In the end it is a really fleeting feeling."

My problem with this is not that the stuff about fans is categorically false: All of the above holds true very often, but holds true in a highly contextual way. Sure the fan-athlete relationship outweighs the time spent playing the sport. But what about long-lasting athlete-athlete relationships? What about the brilliant coaches in college sports that have (in their own ways) changed the way we look at team basketball? It's telling that the neatest context for Lyndall's above statements comes from Cleveland sports. It's not a "cheap ploy" to invoke the fans; it's the very context from which Lyndall is writing: A Cleveland title would be inseparable from the long train of "almosts" and archetypal Four Horsemen that have conspired to push Cleveland to the edge of titletown, only to pull it away at the last second through fluke, opponent miracle, or dark, cynical work. The city hasn't won a title in something like 50 years, and yet they have followed their teams with tenacity and dedication. The team that finally wins a title will be heroic, enshrined inseparably from the fabric of the city. It will truly be one of the city's titles, not just that team's.

But in so many other cases (including the two accounts I started this piece with), the fans seem to be tertiary to a) the satisfaction of the players and coaches' intrinsic competitiveness and b) the relationships the team has among themselves as a collective. Bill Russell and Boston had a tenuous allegiance that easily veered into outright hostility at times (which had a lot to do with racism in that era). Russell and the city have patched up a great deal of their differences (albeit very slowly), and surely that must matter to Russell. But, if anything, doesn't Russell's jaw-dropping, undeniable success mean more in the context of the adverse hostility he faced? And, given that Boston wasn't behind Russell 100%, isn't it fair for Russell to look instead to the beautiful collective basketball he and coach Red Auerbach envisioned and implemented, to look instead to the relationships he made with his team and coach as far more than a consolation prize? What about Russell's legendary respect for the other greats of his era? Where does that fit into a fans-first narrative? Sure, the screaming fans may have added something to his enjoyment, and their gradual reconciliation with Russell must mean something big, but in the meantime doesn't Russell have a lot of history, legacy, and - in the end - a lot of intrinsic and extrinsic joy behind his rings to look back on? Wasn't he throwing up every night because winning mattered to him more than anything? Couldn't you say exactly the same thing for Jordan? What about Mo Malone, Julius Erving and the 1983 Sixers? Wasn't that mostly about a group of players (Malone included) that had made it right to the edge of the mountain so many times but couldn't quite clear the top? Of course the rabid fanbase matters. Of course the title is very special for the City of Brotherly Love. And of course I'm playing The Sound of Philly by MFSB right now (people all over the world!). But that title had its own narratives, its own relationships, and its own sense of special history, even without reference to the great fan base.

My point is not that fans don't matter, but that in nearly every single primary account I've ever read from athletes and coaches (no exceptions really come to mind for me), it's the internal obsession of the athletes and "the party after" the win that matter most, and the fans form a much smaller (though important) part of the equation. The fans pay the salaries, yes, the fans help us make sense of the greatness of an athlete, and, in the Cleveland perspective from which Lyndall is writing, the fans are an inseparable part of a team's success. But in general it's not the first well of feeling or justification for an athlete or a coach to drink from.

This season, Big Z could've won a title with one of his longtime friends and teammates who would get much of the credit, but who would gushingly praise Ilguaskas and his work ethic, character, and accomplishments. Despite playing for a completely indifferent fan base, Big Z could have provided a real and important consolation prize to the city that dislikes his new team but still loves him dearly, and he could have had a small vindication for his career by being a small basketball and a large spiritual presence on a team that would have been objectively the best for that moment in time.

The fans from the city that made him a man surely must matter. But regardless of this, or of how you feel about the Heat (or the Mavs), if the Heat had won, that locker room thousands of miles away still would have been special and the fond feelings for and from a gentle giant would have stayed with him for a lifetime. That vindication - that feeling of ultimate success - truly matters, and not just as a transient afterthought. 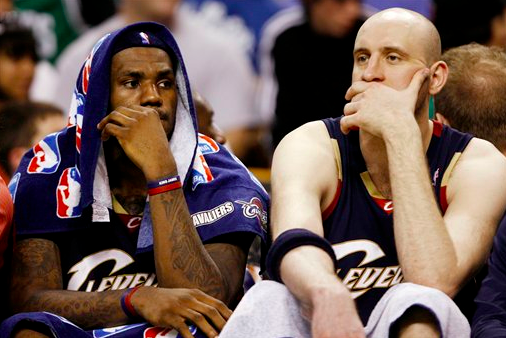