Hey, everybody! This is the first edition of the STEVE NASH Power Rankings. The object of these rankings is pretty simple -- the ratings intend to take the predictions that STEVE NASH spat out and update throughout the season with what teams have shown so far. I am rather busy, so I'm going to delay an explanation of how exactly we're going to do this until next week's edition -- this week, I'm merely going to post the rankings, some observations, and my thoughts on teams under/overrated in them. As a basic note: they're a simple re-weighting of current season SRS and the STEVE NASH predictions then ran through our Gibbs sampler to predict playoff probabilities, projected records, and other various stats. Without further ado: the updated NASH rankings. Keep in mind these are completely and utterly automated -- there's no human input on these rankings, at all.

Click the image for the spreadsheet itself, where you can also view the model's updated predictions by conference. 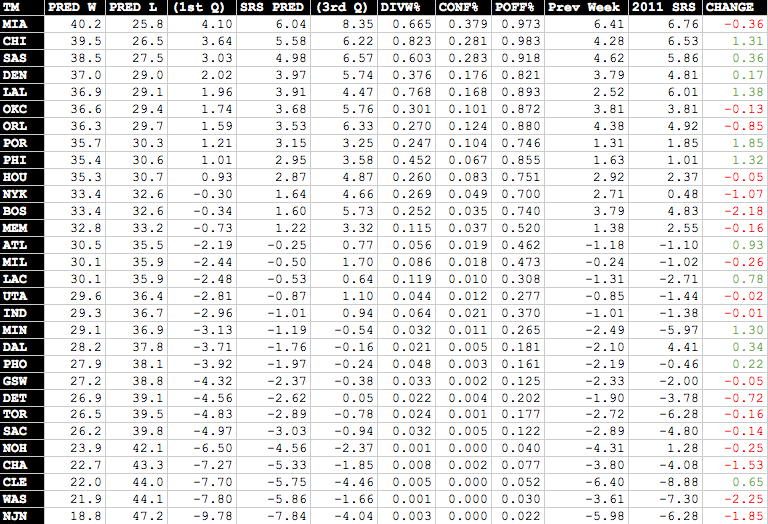 That's all for now, Gothic Ginobili readers. We'll be back tomorrow with... something or other, I suppose. Our content schedule is out of wack due to our writers traveling and family issues. And a whole storm of things at work, at least for me. Enjoy the NBA we've got, and welcome to the working week.