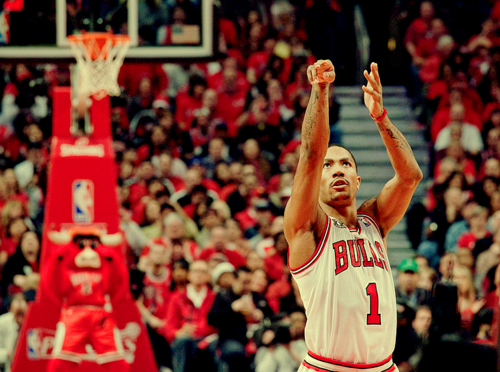 I don't like free throws. Let's start there. They're efficient, lovely, and essentially free points given how well most teams shoot them. But as a general rule I don't like them. They remind me a lot of football, a sport that (for all my love of sports) I have never been able to get very excited about. It's a stoppage in play that extends the game, often results from a sketchy call, and leads to boring no-effort full-court defense as teams return to their offense from the scene of the crime. And unlike play-stoppers like timeouts, there are rarely fun and interesting plays to be run after a free throw. There are rarely intrinsically interesting schemes. Just leisurely bring the ball up court, maybe rotate it a few times, and shoot an iso. That tends to be the play-of-choice on the other end after a free throw. And it's incredibly aggravating, from a strategic standpoint.

And really, a free throw is fine, considered alone. It's an occasional pause of the action to catch one's breath. They aren't always bad. And time-outs are fantastic, sometimes, for the same reason (and because the strategic laziness that tends to be prevalent on post-free throw plays isn't there at all). But too many free throws takes a great deal of strategy and the fluidity out of the game of basketball, and I find that aesthetically problematic. For a game whose lifeblood relies so much on the essential movement and flow of the offense versus the defense, and the strategic mores of the 10 men on the court, free throws are about as interesting and fun as a comatose dancer. It makes the referees more important than any player. And it warps the game around it, if it occurs too often.

In trying to adequately measure my dislike of free throw-driven games, I once took it upon myself to try and determine what the optimal number of free throws are for a game of basketball with good offensive execution to be enjoyable. I came up with an admittedly patchwork solution after watching a random sampling of games that fit certain criterion. If a game's free throw attempts are more than 75% of the game's field goals made, there are problems -- that is, if both teams combined for 75 field goals but combined for 55 free throws, it was probably a pretty uninteresting game to watch from an aesthetic standpoint (unless it's a defensive team that get into pseudo-offensive flows that are intrinsically fun to watch, like the prime Celtics, prime Spurs, or a Mike Brown team -- and even then, the offense was probably awful to watch). On the other hand, if both team's combined free throw attempts amount to less than 40% of the total made field goals in the game, it was probably a pretty fun game to watch -- the action probably came in a relatively uninterrupted flow, there were probably at least 3 or 4 key runs where teams went 5-6 minutes without a single free throw, and you're far less likely to get performances where stars shoot terribly but were "efficient" due to the volume of their free throws. Last night provided the starkest test case in a while for two games on polar opposite ends of this spectrum.

In last night's overtime thriller between the Rockets and the Spurs, the teams combined for 29 free throw attempts to 83 field goals -- that's 34.9% as many free throws as field goals, well under my Mendoza line for a fun offensive game. And it was -- both teams were making some great shots, with the Rockets even making a lot of great ones against solid defensive pressure from Tiago Splitter and Kawhi Leonard. The offensive flow was something to behold, and overall, there were scarce few dead balls that didn't result in a brilliant offensive play by Popovich. Even the last play of the game, one that I originally thought was a bust, actually was a reasonably clever slip screen attempt to get Tim an open elbow jumper. The Rockets played it well, and there were probably better plays in that situation, but despite the ugly result (a poor Danny Green runner as time expired) it was a relatively creative play. Sometimes the shots didn't fall, sometimes they did, but it was an incredibly fun game with a distinctive flow and an absolutely electric performance by both teams. It was a lot of fun, on the purely offensive spectrum. It's exactly the kind of basketball that most people love to watch.

Then we have last night's overtime... something, between the Clippers and the Heat. Now, I wrote about the Clippers and the Heat the other day, and why I dislike both teams. This game was a great reminder of basically every one of my points. It was absolutely excruciating to watch. And when, post-game, I checked my numbers to see if they passed the FTA/FGM "bad" game Mendoza line of 75%? Sure enough, the teams combined for 57 free throw attempts to 68 made field goals. For those counting at home, that's 83.8% -- on average, for every 5 made field goals, there were 4 free throw attempts. That's ugly. Incredibly so, in fact. LeBron James himself had 17 free throws, more than the Rockets attempted as a team and just as many as the Spurs attempted despite the Rockets ending the game with two desparation fouls to get a chance to win. The percentages from the line in that game were disgusting (the Heat shot 58.8% from the foul line, akin to the Heat being a team composed of nothing but Shaquille O'Neal at every position on the court), but it wasn't the percentage that made that game such a slog. It was the utter lack of offensive creativity for the Clippers (and, really, Blake Griffin's insistence on pretending he can make a 20 foot jump shot), the constant bailout calls by the refs, and the fact that with so many non-transition post-free throw dead ball possessions, the Heat rarely got a chance for Coach Spolestra (an excellent play-calling coach) to actually do his job and call good plays.

Why does it matter, really? Simple. The amount of press being spilled from the Rockets-Spurs game is minimal. Virtually nil. It's just one of many games in the regular season, even though it happened to be quite possibly the best played offensive game of any so far. It was beautiful basketball. The ESPN game, on the other hand? Postmortem is that it's a glorious struggle, a smashmouth display of basketball grit, a game with more Olympiads on the court than any other we'll see this season, et cetera. Realistically? It was a slog, and one of the most uninteresting games of the season -- on both ends -- from an aesthetic standpoint. Sports media has its successes and it has its flaws, but the conflation of a game's theoretical "importance" with aesthetic ideal has to be one of the most aggravating.

Repeat after me. Just because a game has a bunch of great players on the court doesn't mean it's a good game. Just because three of the five best players in the world were faced up in crunch time doesn't mean the game was fun. A great game takes a lot of factors coming together and a whole lot of luck. The Heat-Clips game was just about as bad a game as you could possibly have when you pit those two rosters together. Instead of properly placing it where it belongs -- a forgettable regular season tilt between two teams that were playing absolutely horrible basketball in no way reflective of their talents -- the media feels the need to spoon feed a narrative warping the definition of a good game just enough so that this game fits. Well, it wasn't. It was awful.

Call it important, call it a close one, and certainly call them stars. But don't you dare call it a good game. 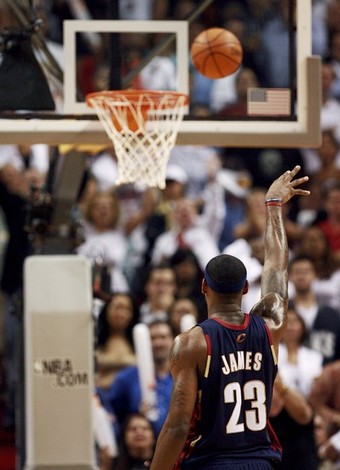 Instead of a programming update, I have a depressing website note. In updating WordPress, the powers that be evidently saw fit to completely and totally delete our old theme. As it was a theme I made by hand and hadn't backed up anywhere, this is an incredibly awful turn of events for us. I've been incredibly busy and frankly don't have time to mess around with this today (or this weekend). So, for now, we have a pretty awful-looking temporary theme. Our apologies. Hopefully in the next two weeks I'll have time to rebuild our old one. Really incredibly mad about the whole thing, if anyone has a smart idea for getting it back, I'd appreciate it. Anyway. My lunch break is over. Back to the daily grind. Have a good day.

EDIT: Great news! One of our readers was able to recover our old CSS from their internal firefox cache. They sent it to me. After I re-implemented it there was only some minor code shuffles I needed to do to fix the theme. So we're good as new, and the theme is actually backed up and saved this time. So, hooray! I love our readers. For real. You guys are fantastic, and in this case, saved me from hours of excruciating re-work to try and rebuild the old theme. Thanks a ton.