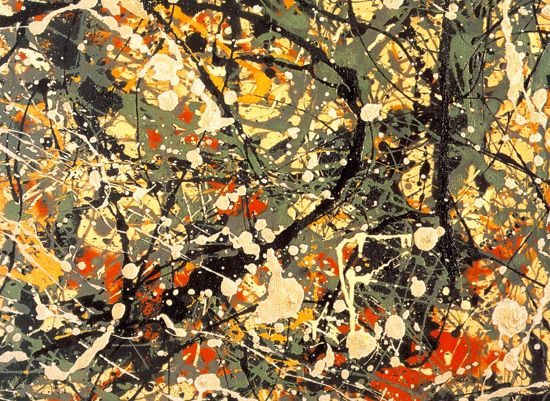 We'd like all our readers to give a warm welcome to the newest member of our writing staff, Adam Koscielak. You may know his work from his excellent work at Sun-N-Gun. He's an incredibly smart, witty fellow studying law across the pond in Poland. I thought I had things bad -- I went to college in a non-NBA city, and now work in a city two hours from DC and terribly far from every other NBA city of note. Adam, of course, has no sympathy for me -- he's in Poland, roughly 6000 miles away from the closest NBA city. For his introductory piece for the Gothic, we asked him to explain what it's like being a fan of a sport that's so far distant. He blew us away. Without further ado, Adam's excellent introduction.

5:00 AM — I’m prying my eyes open, trying to stay awake. This happens all the time. And if it doesn’t happen, it probably means I woke up a mere few hours earlier. There’s something inherently unnatural about sitting out in the dark, trying to keep quiet not to wake anyone around you up. And yet that’s what I do, night in and night out. I sit at my desk, a game is playing on my 24 inch screen, and ESPN’s Daily Dime Live is flying down on my laptop screen, along with a Twitter feed. An empty beer mug once filled with coffee sits on the table next to my desk. Does it stand or lie or sit? I never know: for all I care it could be flying right now.

The first quarter of the night’s late game is just coming to a close.

It started with hockey. During the 2010 playoffs, I suddenly realized I could actually watch games online. And so that year I sat there, rooting for the Canadiens (my dad’s second favourite team) to beat the Capitals. The Canadiens pulled an upset off. Then I watched the Penguins and it was the same story. They may have eventually fallen in the Conference Finals to the Flyers, but I kept on watching hockey. I saw Patrick Kane’s overtime cup winning goal, the confusion surrounding it, and the moment in which everyone realized the puck was in the net. Then I started watching hockey in the regular season, and finally I started watching basketball.

But let’s back up.

See, I've always been a basketball fan. Ever since I can remember, I loved playing it, I loved watching people play, and I loved any video games connected with it. The problem is that I was living in Poland, and found uncomfortably that basketball was unable to see anywhere. The timezones made it hard, the fact that the only NBA license in the country was on a paid channel made it hard, and the lack of exposure in the media made it hard. I was limited to watching Youtube videos filled with highlights of various players, reading Wikipedia entries and reading box scores. The closest thing I’ve seen to a full basketball game at that time might’ve been the one in Space Jam. And yet, year by year I'd find teams to root for, players to love and on-paper knowledge of the game. I may not have known what a pick-and-roll was, but I sure as hell knew who won the 2005 MVP award.

The first team I rooted for was the Chicago Bulls, or should I say, "Team Jordan". The only NBA name known widely in Poland at the time was Jordan. Every jersey was a Jordan jersey, and kids like me got their basketball knowledge from NBA Live games and from Space Jam. I remember having a Jordan jersey and a Bulls photo album commemorating one of their championship runs. That album made me think that Luc Longley was a very good player. Yep, Luc Longley. He was big, and had pictures of him dunking. It made total sense, I swear. I can also proudly note that even though I was a child, I just knew that there was something inherently wrong with Dennis Rodman’s sanity (if he ever had any of it, that is).

But as fast as the Jordan era came, it went away. Jordan retired, making way for guys like Shaq. Shaq was probably the only basketball name widely known in Poland for a long time. You wouldn’t hear about Tim Duncan, Patrick Ewing or Reggie Miller. Hell, even the swagger of Allen Iverson wasn’t really known. Just as hockey knowledge ended with Wayne Gretzky, basketball knowledge ended with Michael Jordan, with a little Shaq for good measure. And yet, I knew a few more names besides those two. I knew a team other than the Lakers and the Bulls. An illustrious crew, to be sure. 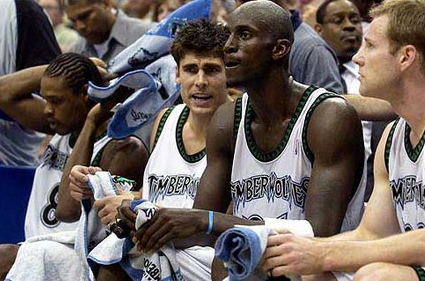 See, one time my dad had come back from a business trip to Minny with a nice present: a Kevin Garnett jersey. At the time, I would choose my sports allegiances solely by my favourite jersey colours. The colours? Blue and green. The Minny jerseys at the time? That’s right, blue and green. The Garnett jersey was blue and green. Everything fit perfectly, so naturally I became a T-Wolves fan. Now, I don’t remember most of the names of back then. I mean, I know that guys like Sam Cassell played with them, but I just don’t recall knowing that. Honestly, I only remember two: Kevin Garnett and Wally Szczerbiak. I absolutely loved both of them. KG, because I had the jersey (of course) and because he could dunk the ball in NBA Live. Szczerbiak, because he had a Polish surname and was able to nail the three almost every time in that same game. This fandom remained until I got hold of the internet.

The first broadband connection I ever had came when I was 12 or so. I was a big geek back then (hell, I still am), and I got hold of it pretty quickly. Back then Youtube didn’t exist: It's funny to say, but at that time virtually all movies were formatted for viewing in either Real Player or Quicktime, slowly lagging through a bunch of pixels. Live streaming would’ve been considered a miracle, not a chance.

But there was Wikipedia, and so I had a way to check regularly on the players I’d seen in NBA Live. That's about when I became a Steve Nash fan. After all, as soon as I learned a Canadian - like my dad - was an All-Star, I jumped on the bandwagon. Two years later, I was in the 2-time MVP's bandwagon. Even though I was rooting for the Suns, I hadn't actually watched them. At least not until I'd found a weird motivation.

See, as with Nash, I'd been observing Marcin Gortat’s career with some interest before he joined the Suns. The only Pole in the NBA always deserves another Pole's attention, I figured. Still, with Gortat getting so few minutes in Orlando, it was hard getting excited about his rebounding rate in limited action. But when I heard Orlando made a trade with my favorite team Phoenix, I decided it might be time to start watching basketball more actively. I watched the Suns get blown out by the Heat in Gortat’s first game, and I watched Steve Nash live for the first time, outside the highlights, outside the montages, just in the flow of the game. I experienced the beauty of Steve Nash’s game firsthand. Ever since that game, I tried to make sure I’d watch every Suns game I could. Whenever school was starting late, I’d stay up and watch pixelated Steve pass to pixelated Marcin on a pixelated pick-and-roll. Slowly, I started getting involved in other facets of the game, ESPN’s Daily Dime Live, Twitter. I dove in, and emerged a blogger. I don’t know how it happened. It was probably Andrew Lynch’s inherent niceness and recommendation that brought me to Sun-n-Gun (I was blogging independently before that) but whatever the case, at some point I wasn’t a basketball fan anymore: I was a basketball maniac, up all night. And not even for games, for lockout news, because I wanted, no, needed basketball to come back. I don’t think many people in Poland did.

Most people out here still don’t know a lot of basketball. Don’t try to ask them about anyone aside from Kobe, LeBron, Marcin and Steve, they won’t have an idea. Tim Duncan? No. Manu Ginobili? “Is he a soccer player?” people’ll ask. This is perhaps the most awkward part of being a basketball fan in Poland. The hours are survivable, the distance between me and my team isn’t a problem with a League Pass subscription. But the weird looks you get from people when you tell them you’re a basketball blogger, when you sift through box scores on your laptop between classes. I can't even get past the first line of their defense, let alone tell them about an entire post of weird, unfamiliar names.

I’ve done a lot of nerdy things in my life, but I've never felt like a bigger nerd than I do right now. I end up as a bit of a closeted NBA guy. I don’t tell many people about it, I think around ten of the people I know in real life actually know what I do aside from studying law. It's sad to say, but here sports fandom makes you seem rather dumb. It's not surprising, considering how most sports fans in Poland are destructive soccer hoolies. And people here have yet to find an ambitious way - a different approach - to talking about sports. Here every story is a recap or a report, a boring approach lacking the fascination and passion that bloggers bring to the table. Almost nobody tries reading between the lines or appreciating the hidden beauty. They opt for a black-and-white view of a colourful world. As a result, nobody treats sportswriters seriously or thinks they can be serious. The subject matter seems too simple. No, ambition is reserved for film critics and literary journalists. In the end, everything seems to come down to a simple equation: “If you write about smart things, you’re smart. If you write about stupid things, you’re stupid.”

Yes, it’s a silly mindset, and it should change, as the writing evolves. But until that day comes, I won’t be waving around my “sports blogger” flag. It would take me too much time to explain everything, to go past the surface, and it's not worth the effort. And I don’t really mind: I managed to hide my Star Trek obsession without a hitch, and this should be easy. I don't mind, but on the other hand I’m the odd man out, a man displaced in time and space. I feel like half of my life is somewhere in Phoenix - in a media box behind the scorer's table in the US Airways Center - and the other half is in Warsaw. He's studying law and doing the things that young people usually do. He's the Bruce Wayne to my Batman.

6:30 AM — I lay the finishing touches on my piece as the game’s third quarter comes to a close. And as I feel the night coming to an end, I don’t mind. I don’t mind being tired, I don’t mind going to sleep at sunrise. After all, for the time zone switching, the weird sleeping patterns and the tiptoeing, I’m having fun, just because I’m watching basketball. I joyfully take in every jumpshot, every dunk, every pick and roll. And I wonder: How the hell did I go from a box score pruning jersey-based fan to a live-watching insomniac blogger?

I don’t think I’ll ever know. 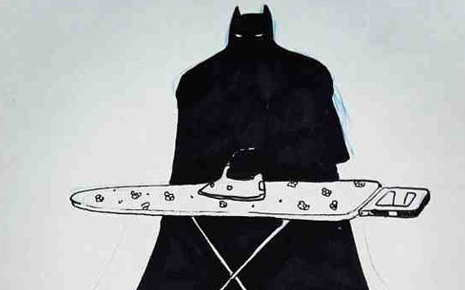