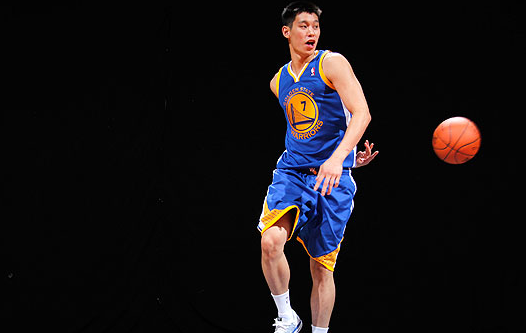 I wasn't really planning on watching Jeremy Lin's whole game tonight, if I'm honest. I've missed much of his play this week with a tough slate at work and a lot of extracurricular preparation for Valentine's Day next week. My intention was to watch the first quarter, wait for the inevitable letdown, and switch to Cavs-Bucks or Clips-Sixers or another game I expected would be competitive and interesting. But the game began and Lin's insane start essentially broke my ability to cognitively process what was before me. Jared knows. Watching Lin play wasn't simply like watching a player in the midst of a strong and inspired hot streak. It wasn't like watching Earl Boykins light up the defending champions for a new career high. It was different. Strange. Foreign. And I realized I was watching something that -- even if it was the only great game of Lin's NBA career -- was going to be deserving of analysis and introspection. So let's dig into the curious game and talents of one Jeremy Lin.

Lin's game isn't particularly inexplicable. This is what troubles many about him. He's got decent size for an NBA point, suitable passing skills, and a talent for driving lanes. He's a good slasher who sticks the finish more often than he shanks it, and seems to have a decent control over the glass with his shot. Which is good, because if you're a slashing point who can't bank, you're bound to get shut down as soon as teams start playing you tightly -- his banking skill will become more and more relevant as defensive bigs sag to him and try to lessen his space. His percentages will drop off as he regresses to his mean talent level, but I could see him remaining a 10-15 point scorer with the skillset he's displayed to date. But one thing that's bugged me in the prevailing Lin hype is the assessment that he's got a cerebral and incredible passing talent just because he came from Harvard and is a "student" of the game. That's too simplistic, too easy, and far too lazy. There's more to it than that. Just because he went to Harvard doesn't mean he always makes the smartest play, or has the best passing talent. He certainly doesn't.

Lin tries for the highlight pass more often than not when the lunch-bucket pass would do just fine, and while he's decent at seeing opportunities, he distinctly lacks the passing talent of a young Kyrie Irving or Ricky Rubio type point guard. Don't get me wrong, his passes are almost always the correct pass, in terms of correctly assessing the options on the floor and running an offense. And in the D'Antoni system that's going to lead to a lot of decent offense. But Lin's not a master of the on-target pass. As a teaching example, take some time to watch Kyrie and Rubio pass around the offense. Keep track of where the ball lands off their passes. More often than it doesn't, it lands precisely where they want it to land -- Kyrie's assist totals aren't fantastic yet, but if you watch how he aims his passes and how targeted they are in their release, you see the ball reaching his target's palm in motion, shadowing his target with an exceptional fluidity. You watch how he can get the pass to where the player barely needs to move to gather it. That's what Kyrie does, when his passing is on -- and while it hasn't led to gaudy assist totals, he's far beyond the passing talent his numbers would indicate. Rubio is on another level. I don't really think we need to discuss that. Lin's passing isn't really like that.

It's effective so far, but it's not entirely Lin's doing in the same way Rubio and Kyrie take full responsibility for their incredible passes. In the D'Antoni system players drill heavily on how to trick defenses into getting them open. Players in a D'Antoni offense tend to be more open than players on any other type of offense with the possible exception of the current twilight Spurs for that very reason -- it's by design. His passes aren't on target, necessarily, nor are they as fluidly attuned to the motion of his shooter. But they're the right passes in the macro sense of his spur-of-the-moment choice, and in a good offense, that's all that really matters. Which is the real key, and the reason this is so odd to watch. The reason his passing is effective in the Knicks offense is rooted in something utterly unrelated to his schooling, and a talent that can't really be taught -- it's the split-second decisionmaking. Utterly disparate from intelligence, his degree, his background, et cetera. It's rooted in his ability to make snap decisions. You don't really develop that from intellectual rigor, you develop that from hard work and twitch-trigger practice until you naturally attune yourself to making the right play.

In short, his intelligence has little to do with it. It's instinct. Perseverance. That sort of thing. The players that tweet about it and talk about it seem to understand -- Kobe isn't a man who tends to stray far from the narrative, but he too understands the basic fact that Lin's talent has little to do with his schooling and everything to do with the work he put in to get his game up to par. The "Harvard" narrative is a lazy one from a lazy media conglomerate that adores lazy thinking. But Lin's play is certainly interesting, respectable, and as a rotation player in the NBA it looks quite sustainable. The thing that really confuses me, and gets me scratching my head is the heights to which he's soared in a single week.

After the game, I checked my Facebook -- twenty of my 469 friends had already posted something about Lin, and at least three of those twenty were people who I'd never seen watch a game of basketball in their life (and no, none of those three were asian). There's something about Lin that's galvanizing to those who watch him, some special aspect that pervades his play and allows him to rise from his status as a human being into a concept. A physical manifestation of hope. The Obama of hoopin'. After all. It wasn't just the Facebook bomb I saw when I checked my feed. It was the litany of athletes (Tiago Splitter, Steve Nash, Manu Ginobili, Danny Green, Kobe Bryant, David Robinson, and many others) who are talking about him. With David Robinson -- a man who still goes to tons of Spurs games and stays involved in the organization -- openly stating that Lin has supplanted any Spur as his favorite NBA player. What the hell are we watching? I don't really know. It's Lin's world, we're living in it, and I know for certain I'll be watching this a lot closer going forward.

I'm so glad this season exists.