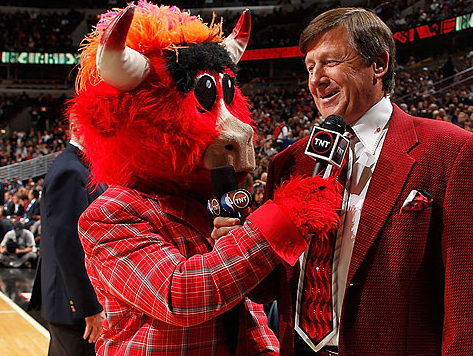 "So, this is my station." Craig Bartholomew Sager gesticulated with one hand while loosely adjusting the wheel with his other. "My jams, so to speak. I've never gotten a chance to talk about them with anyone, and I'm glad you're here to listen. Now, that's kind of funny. 'Here to listen' is just one word from 'hear' to listen. That's how listening works!"

"Hah, no, one is location-dependent and the other is something you do. You know? Here versus hear. They're homophones... Shaq always laughs when I use that word. But I learned it back in elementary school when things were different. It's a good word."

"Call me Craig. Anyway. You'd think this is any old local radio station, right? That's what you'd think. Right?" Robert nodded. "Well, you'd be right. Because this is my radio station from back home."

"Is it a tape of a radio station? I noticed your tape deck is on. I got kinda confused."

"You're smarter than the average bear, Robert. Yes, this is a tape of my local radio station I made back in the day, in the lean years. It's wearing down, but there's something comforting about it. I'd make a new one but I can't bear to give up Jim, here. He's the radio personality. He's dead now. But this, back when he was with us, is simply a great tape. Closest any man can get to perfect. Listen." Beaming, Sager turned up the dial.

The sound was cracking to an almost unlistenable extent. Atop the degradation by time inherent in any old cassette, the tape had an incredible amount of radio interference and random forest sounds. Which confused Robert, but not enough to ask why. As for the tape's true owner, none of that really mattered. He'd listened to the station his entire life. If there was interference, it was only covering up a catchphrase he already knew. He didn't need crisp audio to get it all stuck in his head. And that was the point, to let it stick. For Robert's money, though, it was virtually impossible to listen to. He winced at the volume.

"Isn't this a bit loud? And scratchy? Your tape has to be dying by now. You should tape a new one."

"Whoa now, Robert, don't be rash. Just because the tape is fading doesn't mean it's dying." Sager smiled his toothy grin as he turned the knob down. Robert prepared to riposte, but Sager interrupted him with laughter. "Hah! You hear that, Rob? It's his catchphrase. 'Yesterday is history, tomorrow is a mystery, and today is a gift. That's why it's called the present.' Untrue, you know, but I think it's a lot deeper than it sounds. Always have. It's a great line, really, and that's what Jim is known for. Er, was known for. He's dead now." A song started playing, with a telltale drum beat. The organ started. Sager started bobbing his head.

Robert knew the score. "One of my favorite one hit wonders. Brandi, right? Looking Glass?"

Craig turned it down a touch more, so he could speak. "Yes, sir! Such a great song... 'and there's a girl / in this harbor town / and she works / laying whiskey down / they say Brandi... fetch another round, she serves them whiskey and wine...' hah, man. Those were the days. I usually sing along to this one. I'll refrain for your benefit. But lord, the memories. Back in high school, there was a girl named Brandy. I used to tell her, you know, 'you're a fine girl' and nudge her. She always rolled her eyes. The song is beautiful, though, I never understood why she did that. If I knew any songs about a faceless Craig that were this good, I'd be blaring them to the world as a constant reminder. How about you? Ever listen to 'Me and Bobby McGee'? That was a great Robert."

"That wasn't a Robert. It was a girl named Bobby."

"Oh. Well, did you ever hear the song? I've always loved it."

Robert had. But he shook his head, and took great pains pretend he hadn't. Sager frowned. There was a few minutes of discomforting silence between them as the song proceeded. It stopped abruptly, a commercial break. "You know, Kenny always wondered why I didn't just burn a CD with these songs on it. I don't think he really gets it. There's something impressive about the radio experience. The commercial breaks are always so perfect. They keep you from getting too wrapped up in your song, they keep you grounded. They're what I imagine home would be, if I had one." Sager chuckled uncomfortably. Robert sighed. "I mean, I guess I have a house. But it isn't a home yet. Someday it will be. You'll see. And I imagine it'll be just like these commercial breaks. Is that what your home is like, Robby?"

He bristled. "Not really, no."

Sager sighed. He turned the stereo back up. Eventually, Sager told the story of how he'd made the tape. As a young man he'd taken a radio out into the woods, unbeknownst to him on the edge of the station's reception. He'd placed the radio next to a tape recorder, and left it there for the requisite forty five minutes as he hunted. He'd return, flip the tape, and go back on the prowl. There were birds chirping at irregular intervals, distant gunshots, and a deer ambled by on crackling leaves. The tape's quality -- so distasteful to Robert's ears -- suddenly made a lot of sense. And as it turned out, Sager hadn't simply made just one. This was one of many tapes. He had gone through the process of making the tapes at least thirty times.

He would tape the station, listen to it, and if a song he didn't like came on he'd throw the tape back in the recorder and tape over the whole thing with a new recording. It had taken him months to find that perfect one and a half hours, completely absent any song he couldn't stand. Robert wanted to note how crazy that was, and how absolutely strange it was that Sager would go through that in an era where he could game to perfection the quality of a compact disc. He would've liked to. But something told him he shouldn't. Instead, he allowed his uncomfortable silence to make his point for him. Eventually, Sager stopped talking.

The interference that every man about to die understands came on the radio. Sager lit up. "Aha. So, we have the coup de gras of the cassette. Suzanne, by Leonard Cohen. Robert, have you ever ha--..." Robert cleared his throat and tapped the window, wholly interrupting Sager's reverie. "Oh, is this your stop?" Robert nodded. Sager pulled over to the side of the road, stopped the car, and looked at his driving partner. He handed him a business card. "Well, thanks for the company, Robby. If I can call you that now. One can go a little stir-crazy on the long drives, apologies for the chattering. Good luck out there, it's a rough world. Keep in touch."

"Goodbye, Mr. Sager. Thanks for the lift."

Robert was a hitchhiker. As Sager merged back onto the highway, he found himself alone once more.