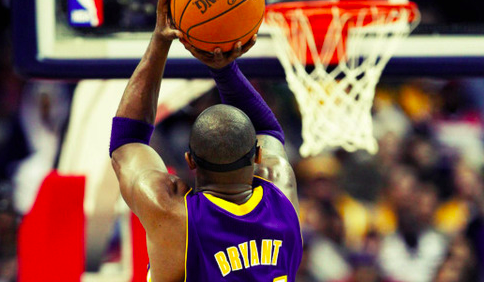 All of which, I think, is as it should be. Why should we ask Kobe to change? It seems manifestly clear to me that he’s not nearly as interested in winning as he is being perceived as somebody who is only interested in winning; he understand that immortality is really about perception. To which I say: Good. Bravo. Encore. Because there’s room in the league for this. Jackson Pollock produced very few accurate bowls of fruit. There’s room in the league for somebody whose ultimate goal is to use basketball, because it makes the basketball more compelling.

Interesting, Mr. Nowell. Please consider with me the grand triumvirate of the Western Conference, retired in 2022:

The gist of Nowell's fine piece is that Kobe's re-appropriation of basketball for his own ends - whether or not those ends are conducive to winning - is inherently compelling in the mythology of the NBA. I agree that Kobe is quite compelling - the winner who set his own terms. But the constant attempts to fuse perception and reality - the staged rituals, the laughably predictable media bickering, etc. - have always fallen flat with me.

I will first just mention and then ignore that when we see Kobe impersonally "manipulating his perception," we should also see him manipulating us. Whenever his brand of crunch-time heroics is intentionally confused with basketball, our sport is reduced from ten dimensions of process to one of Kobe and his acolytes. Our NBA world becomes less interesting, and the world-at-large in turn responds to a less interesting version of our world. I'm not like personally offended, but it is kind of an affront to the dignity of basketball minds everywhere when Kobe turns the sport at its most crucial point into a version of baseball where you can choose your best hitter over and over again in a sense that goes far above and beyond merely wanting to be the most important hitter. For everyone's sake I'm going to steer clear of how Kobe publicly establishes a pecking order for touches among his teammates -- those sickening quotes that drive any self-respecting fan of team basketball to thoughts of fatalities.

More than any of that, after all, I want to think of where Kobe will be in ten years. Because if Nowell is right, then he is inextricably tied up with his own hyped-up narrative. Yes, Kobe is the "Black Mamba" - an offensive genius hell-bent on touches and individual dominance - and all that entails, but Kobe is also the Black Mamba Media Narrative and the Black Mamba Media Narrative Media Narrative, etc. Kobe is what you think of Kobe, because Kobe places so much import on public perception and legacy (to blaspheme a little bit in Nowell's way, even more than he cares about winning). Kobe is so tied up with his brand and his own legacy and his own narrative that we get shivers of cultural decay when Chris Paul and LeBron go into the shallow end of that same pool. What Kobe does with his own branding is as ruthless and high-volume and irrational as his late game and as efficient as his overall game. 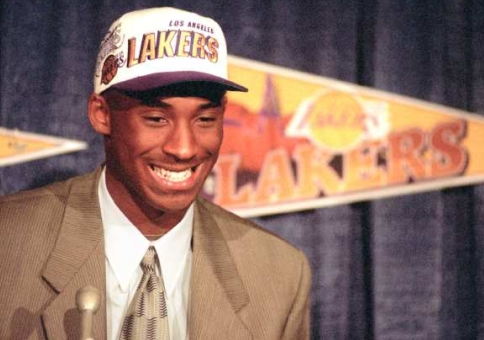 So what does Kobe do when that's all over, in 2022? Does he make Commissioner Silver an offer to buy the Toronto Raptors for the soon-to-be-obvious purpose of slowing down their pace so that they average less for a season than his fabled 81-point masterstroke? Does he linger in the league with two broken ankles and no feeling in his hands, just to play an ancient 15 mpg, gunning for 40,000 points and an ultimate respect for his game by a public with its still-unyielding, sentimental respect for Jordan? Does he even like basketball anymore? Does he show humility to the rookies less than half his age, or does he show a legendary fire - now with the qualifier "cranky" - that inspires them to work harder? Does he even care about the rookies, anymore, or does he tell them - with the rueful pessimism of the too-experienced - their exact ceiling and maximum career duration, just to get them thinking about their own impending demise? Does he try in subtle and not-so-subtle ways to end history with himself, making random dirty hits on semi-stars, knowing that his targets probably wouldn't retailiate, but who might provoke a season-cancelling brawl that spirals out into the end of the league and of basketball? Does he act as a sincere, role-playing mentor? I doubt that one most of all, even as I find his continued presence in the league plausible. But above all, I don't know, in the best possible way.

No, I don't know what Kobe in 2022 looks like, but it's a hell of a lot more interesting to think about than to focus on a Kobe that - like so many dismal dictators and demagogues - wants to use his talents for irritatingly selfish, megalomaniacal purposes. While that's part of the equation, it's just one variable in the input and output of Kobe's personality, a variable you could lose and still get most of the details right. Kobe is not Kobe without wounds and slights and the self-serving narratives that must run in his head and that must perpetually spill over into the collective minds of this league and his fans, with the media happening to catch a few strategically-placed drops.

Nowell has a great point that Kobe belongs precisely because he is different from (and morally challenging and compelling in his difference from) the rest of the league (and the rest of us) in his sheer irrationality and his unwavering confidence. I couldn't agree more, and yet it's not just efficiency and winning that mark the difference: Unlike fictional characters like Don Draper that are as limited and as well-conceived and as conflicted as his writers and actor Jon Hamm can provide, Kobe's limits and expressions are precisely those of life, and one day he will have to face death and retirement and sorrow and irrelevance and the shell of a legendary body, without the promise of another day to recast his legacy. I look at the glistening, masked, and gauzy mortality that may endure as the immortal memory of Kobe Bryant and wonder where he'll be in 2022, when perhaps for the crude statistical logic of media attention he is finally left alone with his legacy as his only comfort.