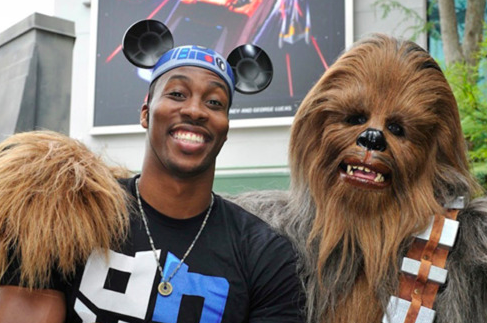 "I feel they have to roll the dice. It might be tough, but I feel we've got a great opportunity. But they've got to roll it." -- Dwight Howard, 48 hours prior to the 2012 Trade Deadline.

There was a general outrage at this comment, a persistent thread. Doubt, confusion, denial. Could Dwight Howard have really been so flip with the future of his franchise? With the emotions of his fans? It defied logic. Much like everything surrounding the Dwightmare that consumes us as we find ourselves barreling closer to the penultimate act in the sordid demise of Howard's everyman image. Nobody as nice as Howard portrays himself could've thought it wise to publicize that kind of a challenge. Unless, of course, it's an act -- a ruse not unlike that of every NBA General Manager in history.

You see, this comment is not one-of-a-kind. It's the latest in a long line of superstars asking their front offices to take a leap of faith. There is a secret handbook that every GM receives upon their ascension. It details many of the commonplace pitfalls and risks inherent in their new position. It tells of the failures of GMs long past, and the successes that they could emulate. It tells of the lines they cannot cross and the lines they can freely ignore. Most importantly? It contains a litany of warnings. One of them, word for word? "Thou shalt be forced to roll the dice. (Or, more likely, pressured into it by an unhappy star.)" True story. Otis Smith is not the first GM to be forced into taking his personal roll in the history of the league.

With this in mind, let's take a walk back through time and examine some prior rolls.

Cigar smoke hung around the room. The lines in Wayne Embry's face told a story, if you knew how to listen. Unfortunately, the artist formerly known as Lew Alcindor did not. He sat across the desk, nose upturned with a bemused expression. Wayne was not as amused. "Come on. You can't be leaving me out to dry like this."

"I'm being honest. I'm not going to resign in Milwaukee. You knew that all along."

"I always thought you were joking, and besides, I'm your GM now. We have a different partnership."

Kareem sighed. "Look. I'll say it again. I want out. I told Sports Illustrated I hate Milwaukee. I'm doing everything I can to ruin my reputation with our fans. And if you don't trade me to the franchise I want, I'm going to go from the NBA to the ABA and jump ship to the Nets. You don't think that our new Commissioner might be a bit... say, mad at you if I do that? Might want to make you the fall guy? After all, it's a rare GM that damages the league so much as to let the league's reigning MVP -- and one-time champion -- jump ship to the rival league. And let's be honest. With me in the ABA, they'll be the better league."

"To whom? Me, or you? I think it's cruel to keep the best basketball player on the planet -- and arguably the greatest ever -- cooped up in this hell-hole. Let me out. Stop this nonsense and trade me. You can roll the dice, Wayne, and see if I follow through. Try for one more title, hoping it'll save your job. Or you can do the right thing and make the trade. Everyone will understand. I've given you more than enough deniability for the board of directors. You'll keep your job. I enjoy your company that much. We're still friends, Wayne."

"Do I really need to take this terrible Lakers offer? You're worth much more."

"You can't trade a star for a star, Wayne. Especially when everyone knows how the story ends. Just take the peanuts. It'll pay off later, I'm sure. The Bucks will be back. But it won't be with me, it won't be with Oscar, and it sure as hell won't be with Dr. J. Why did you draft him, again? You really thought you'd pry a man like him up here if I can't take it?" Wayne motioned for Kareem to leave. He shrugged, took a cigar for the road, and left.

The next day, Kareem was a Laker.

R.C. Buford paced the halls of the Alamodome. When will he call? He'd been waiting for hours. Just a few days prior, Tim Duncan had returned from his all-expense paid trip to Orlando. Grant Hill had bought in days ago, and agreed to sign in Orlando as a free agent. This terrified the Spurs war room. They had plans, but no piece on their roster was nearly as attractive as Hill. In his scant 6 years, Hill had already become the Pistons franchise leader in triple doubles. He was arguably the most talented wing still playing, and he was young. He was improving, even. The Spurs had an aging David Robinson, a sick Sean Elliot, and the hometown advantage. But that was essentially it, and with Duncan making a living out of being laid back, it was impossible for any of them to get a read on what he was thinking.

Buford had met with Popovich and Robinson shortly after Tim's return. David had taken a detour from his family's long-planned Hawaiian vacation. The break infuriated his wife, but he had to do it -- the big man felt a kinship with Duncan, and while the Kobe-Shaq Lakers looked to be a strong challenge, he had faith that his talents with Duncan's could overcome them if the franchise drafted well. Robinson had met with Tim, and though he couldn't tell Buford of the decision, he said things looked hopeful. But Buford wouldn't be optimistic until he heard it from the man himself. Popovich said the same.

There was a tell-tale ring, and Buford jumped. Damn nerves. He answered. "Hello?"

"I am in your office, R.C." There was a click as the other line went dead. Buford looked around nervously and went for his office. He rattled the handle, knocked and opened the door. The room was too dark to see. He flipped on the light switch. There was fog rising from the floor. Tim Duncan was sitting at his desk, enrobed and besmocked with a large wizard hat. There was a game board sprawled across Buford's desk and a stack of papers he could've sworn weren't there before. Duncan was flipping idly through a book. Behind him sat Mike Brown, eating licorice.

"I would like to play a game of Dungeons and Dragons with you. In my experience, it's the best way to reliably gauge who a man really is. It's second only to killing a man, and as I am not in the business of murder, I prefer wizards and Renaissance fairs and that sort of stuff. You know. That's how I operate, as it is."

"... does this mean you're going to re-sign with the Spurs?"

"Oh, yeah. No, there was never any actual doubt about that. I mean, Orlando is nice and all, but it doesn't have a beach. That's a serious problem for me. I'm from the Virgin Islands, remember, and my real passion is surfing."

"Uh, San Antonio doesn't have a beach either."

"That was a joke, R.C. I'd like to be known as a jokester from now on. I think that will improve team morale. Anyway, pull up a chair and do your roll check. I've got a great game plan. It's really a pity David and Pop couldn't make it, this was gonna be so much more fun with all of you."

Buford pulled up a chair and pointed to Mike Brown. "Why is he here?"

"Because he inexplicably owns a fog machine. I wanted some licorice, too. Roll the dice, R.C." 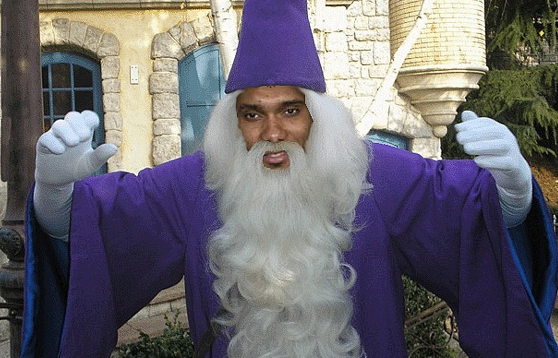 It's draft night at Madison Square Garden. A lot of strong talent in this class. A wealth of great prospects for the team administration to salivate over. Jay Bilas, there to wax philosophical about everyone's length. Fun times were had by all. Except, unfortunately, for David Khan. He sat alone in the Timberwolves war room. He'd kicked everyone else out, you see. This was the time for David to make the decisions. He was feeling very high on his capacity to make decisions on this night.

"Someday, this town is gonna be mine, David." He paused for dramatic emphasis. "Yes. You have made the moves. You've done the dirty work. And now you're on the precipice of a revolution. Or is it a revelation?" Khan twirled around. "It's both. Both, David. You know this. We know this. We're working together. You traded Mike Miller and Randy Foye for the 5th pick, which was probably the most egregiously one-sided trade since the Pau Gasol deal. You are picking 5th and 6th in the draft. We have scores and scores of talent ahead of us. But what will they be expecting?"

Khan pounded his fist on the table. "A BIG MAN! FILLING A NEED! Gross! They think we'll take Jordan Hill! Or DeJuan Blair! Or Terrence Williams. Someone who fills a need. But little did they know... oh... little did they know." Khan laughed. "I've solved the puzzle. I know how the Timberwolves can contend. I have scouted all of these players, through the power of my latent telepathy. I need not watch the games when I can feel them. And I know that Ricky Rubio is the second greatest point guard in the history of Spain, behind only the late Miguel de Cervantes. This pick is obvious. He has fallen to me, and I am going to take it." An intern knocked on the door. "ENTER!" A mousy college freshman entered timidly. He was scared. "Speak."

"Boy, I have chosen Rubio. That is done. It's soliloquy time, now."

"Mr. Khan, we already picked him with the 5th pick. This is the pick after the 5th."

Khan gasped. "No! My dear intern, what have I done! I have retreated too far into the realm of fantasy and forgotten that I -- David Khan -- had already chosen Ricky Rubio with the 5th pick in the NBA draft! I must guard against such self absorption in the future."

"Oh, uh... hey, who was that one guy from that great six overtime game that Syracuse won?"

(Khan took 4 point guards in the first round. Jonny Flynn has shot under 40% in his NBA career.)