In 2008, the Boston Celtics won an NBA title. They won it on the backs of three aging all-stars players, an excellent coach, and a killer defensive system. In subsequent years, the surrounding pieces changed, but the team continued to contend far past their star trio's refreshingly crisp salad days of yore into the significantly-more-wilted salad days of today. Entering this year’s playoffs, the Celtics are playing extremely well. They may have one last title run left in them, though it'll certainly take some luck. That said? Very few would honestly say they can see the Celtics keeping their team together next year. They'll have cap room if they give up some of their stars, and it IS a business -- it's unlikely that this year's Boston team returns for another go-around, no matter how successful their swan song.

In 2010, the Miami Heat won an NBA offseason. This too you may have heard about. They were able to keep their home-grown finals MVP and add to that a young and versatile all-star finesse large forward and the reigning two-time MVP -- by most accounts, one of the greatest basketball players on the planet. Like the 2008 Celtics, the 2011 Heat got to the NBA finals in their first year as a dynasty-by-design. Unlike the 2008 Celtics, they didn’t win. They of course have their own advantages, though, not least of which the mysterious allure of the unknown. As everyone’s quick to note, the stars assembled in Miami are significantly younger than the ones that set up shop in Boston. Their time together will be larger than that of the Celtics’ big three, if they care to keep it going. Given that, and the fact thatMiami’s stars are (in a general sense) better basketball players thanBoston’s, wouldn’t one have to expect greater things from their collective? Not necessarily. That may be our expectations, but having seen this team for two years, I’m of the view we’re approaching a full-scale revision of the generally understood “ceiling” of this Miami team. Here's why.

When the Celtics acquired their big three, the general consensus was that they’d be a dynasty of some import. To these eyes, they succeeded with some caveats. Assuming they break the team up this summer (as I do assume), the Celtics’ Big Three Era will have been a five year dynasty. At all points in those five years, the trio was in at least fringe contention for an NBA title. That’s a relatively successful legacy in the modern NBA, although winning only a single ring will certainly lessen their staying power. All things considered, the Celtics’ reign is more akin to the 2003-2008 Pistons than, say, the 2002-2007 Spurs or the 1999-2004 Lakers. Not necessarily a bad thing -- those Pistons are criminally underrated, and a dynasty doesn’t necessarily mean multiple rings. At least they got one, right?

When the Heat acquired their three, a similar consensus was formed. Danger Will Robinson; a Dynasty is here. Not one, not two… well, maybe two or three, but only at a minimum! The general impression the league had as theMiamitrio joined was the Celtics dynasty on steroids – not just one ring, several were at hand. Here, we had three extremely young and talented players around the same age joining together to win titles. The players were not only younger, they were slightly better – LeBron’s two-time MVP trophies to KG’s single, and two finals appearances already present among the collected stars. If the Celtics could accomplish so much with just five waning years of their stars’ careers, how much could the Heat accomplish? The possibilities were endless, the ceiling too high to comprehend. Until now, anyway. Age is a funny thing. At the close of the 2012 season, the trio the Heat will be left with is going to be, rather ironically, closer to the 2008 Celtics than a team of young up-and-comers. LeBron has played more playoff minutes than almost anybody else in the league over the last 7 years, and as such, LeBron’s regular season minutes (already very high) are extremely amplified by his insane playoff minutes. Same with Wade, though he’s starting from a lower base due to his regular injury issues. When the Boston Big Three came together, they were combining three men in their thirties who had played a lot of basketball. The 2013 Heat will combine:

It’s interesting how time works. Two years into the Miami dynasty, we’re already at a bit of a crossroads. Despite the Heat’s struggles this month, I don’t see them losing the East this year. The Celtics don’t have the offense to defeat them, I think, and I certainly don’t think the Bulls (with a gimpy Derrick Rose, of course) are going to be able to muster up the offense to crack the Miami playoff defense either. But assuming that any championship series in an even-conference year is something of a crap shoot (and, quite honestly, I think in the right circumstance this Heat team could be evenly matched by any one of the Thunder, Spurs, or Grizzlies), where does that leave the Heat if they let slip another Finals from their grasp? 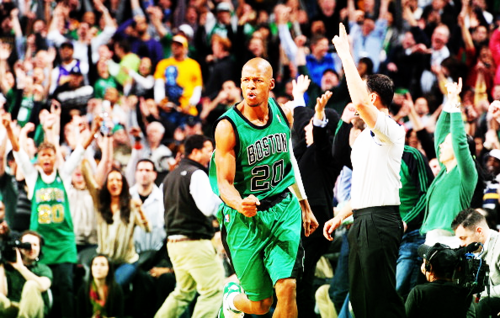 Entering next year, the Heat will be almost exactly where the Celtics were five years ago.

They have their best player and the team core, who has not coincidentally played way more minutes in his career than either of their other two stars. They have their oldest player, who in 5 years may not be a starting-quality guard in the league (as Ray Allen is only on the fringe of one now, despite a much more age-defying game). They have a solid, versatile big man who nevertheless will not provide an eternal defensive anchor behind their two perimeter stars as they fall off. And behind them? They have even less than the Celtics, whose non-Big 3 assets in 2008 weren’t exactly chopped liver. The Celtics had a young and dynamic defensively dominant wing in Tony Allen, three promising young pieces (Kendrick Perkins, Leon Powe, and Rajon Rondo), and the soothing calm of Brian Scalabrine’s tender gaze. The Heat will enter 2013 with just one player outside their big three with particular import or promise in Norris Cole, and beyond that, a roster of flotsam and ring-chasing veterans. Unfortunately for them, they’ll also inherit a more restrictive cap structure that makes adding pieces quite a bit more difficult than it was for the Celtics dynasty. This leaves the Heat in an odd position – having through their actions brought upon themselves the popular expectation of a multiple-title dynasty, they’re approaching a period where the most likely outcome of their partnership is a single ring bookended with many competitive (if not ultimately successful) seasons, perhaps some pocked by injury, but all with the knowledge that their core could've been more if they'd gotten together sooner. If only, if only.

Titles aren't particularly easy things to get. In any sport, but especially in a sport as rigorous as the NBA. Even if the Heat win just a single title, that's still quite an accomplishment. There are few who wish to denigrate the Celtics dynasty because they won just a single ring together, and when it comes time to write the book on the Miami Heat, I doubt there'd be many historians chomping at the bit to lessen their accomplishments. Except, of course, for the key aspect that differentiated the Heat from the Celtics or the Pistons or any other one-title dynasty in the NBA -- I refer, of course, to the Heat's own inflation of their own expectations. The giant party when their trio came together. The crying on court after beating the Celtics. The odd post-game conferences, the unnecessary jabs at the media that fuels them, the unsportsmanlike disregard for their opposition. We don't really fault the Celtics for winning a single title, because while they certainly wanted to compete, the Celtics didn't spend two or three years talking about all the titles they'd win. They reveled in it, and did nothing to counteract the sprawling media machine's over-hype of their team. If they disappoint their arbitrarily large expectations, why did they allow them to be set so damned high in the first place?

In that sense, that's where the Heat went wrong. And where they may -- someday -- find cause for regret. Not in their accomplishments, but in the way they framed them. It's true that a team with a ceiling of the late 2000s Celtics is still a team that’s the envy of 90% of the league. But as we enter this year’s playoffs, it may be time to start revising our personal expectations of the cadre. Not four, not three, not two – if this group wins a single ring together, it may be time to admit that such an outcome would well validate their dynasty as much as the Celtics’ one ring validates them. For fans of schadenfreude (or Cavs fans, like myself), it would still be a hell of a funny situation. And it's quite possible that the Heat's failure to live up to the expectations they set for themselves will color all subsequent historical interpretations of their reign. Flying Death Machine? More like a Flying Disappointment Machine, if you account for all the hype.

But for fans of the game, and the game alone? 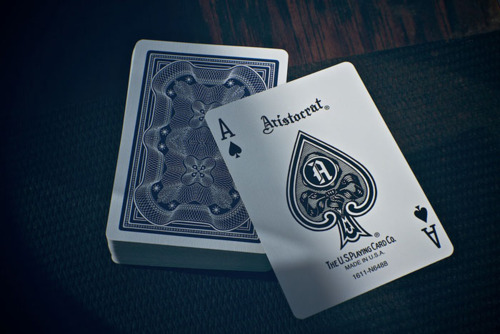