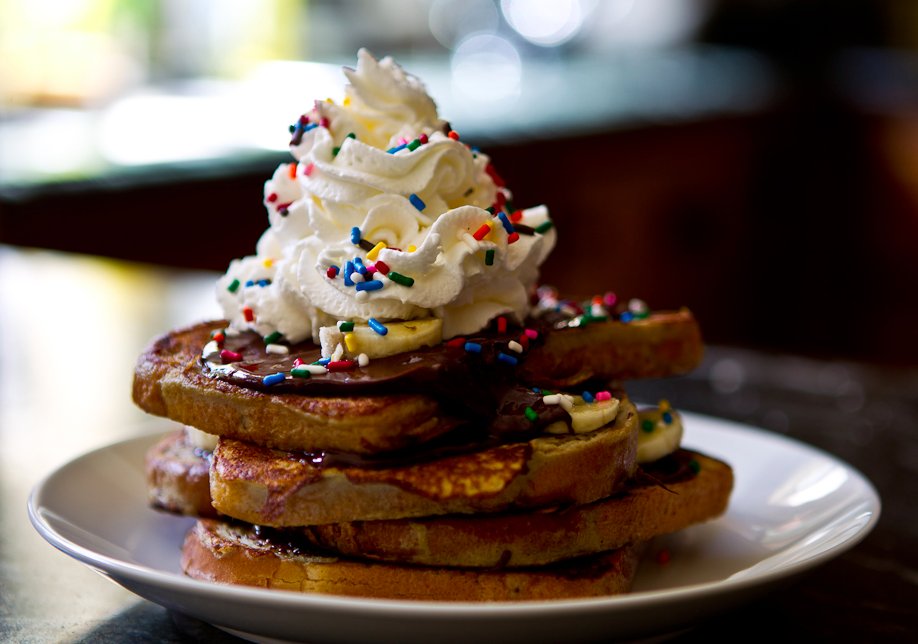 The most telling sign of maturity is to accept the consequences of our actions, whether those consequences are accidental or essential to the nature of the action. Since it's generally hard to deny the essential consequences of our actions (if you steal something or assault someone, you are pretty much by definition hurting the victims), most immaturity takes the form of denying the accidental consequences. "I meant to <steal from, scare them, block them> them, yes, but I never wanted it to get out of hand like this. They weren't supposed to <move into the path of the knife, retailiate, faint, etc.>," is the essential refrain of the immature, and as we get older it becomes more and more unsympathetic. We all take risks in life, and owning the negative accidents of those risks is just as important as owning the negative essence of those risks.

This definition of maturity also applies to the accidental and essential consequences of our words, systems, and ideologies. In the recent NFL bounty scandal, Gregg Williams and the Saints were wrong because their actions had essentially negative intentions and consequences. To use a phrase from our deceased Guru, the Saints were "violating, straight up and down," the spirit of professional athletics. There is no excuse -- even in a violent sport like football -- to hurt players intentionally in structural ways. You try to win, and you try to play hard (even if inflicting pain in the short-term is part of that). But the second you try to hurt someone structurally you become an assailant, little different from a common criminal.

As a teaching example, let's change a couple things so that the Saints' situation has more nuance. Let's say that Williams had completely avoided the bounty system. Boom. Just like that, it never existed. Let's also say the coach avoided those absolutely horrifying pregame speeches where he talked about specific injuries to target. Instead, let's suppose that in his pregame speeches Gregg Williams would simply point out certain players' structural weaknesses and say something like "Bring the pain. You know who will feel it most." Is he still culpable?

In this lightened example, Williams still has opened (if only slightly) the Pandora's Box of chance. It's not a stretch for an intensity-fueled linebacker or two to take his speech to to heart and decide to focus on hitting that one Pro Bowl fullback's ACL his coach mentioned as his motivation. Perhaps he'll even feel that causing such an injury would gain him respect with Saints coaching and management. So, in the game, suppose the linebacker hammers the fullback's knee with calculated malice, and the fullback's career ends right there in one brutal hit. Is Williams to blame now? He's probably not culpable, right? Maybe Williams only mentioned the dude's ACL to give his defense hope that they could stop a talented-but-vulnerable Pro Bowler. That's perfectly reasonable, and Gregg Williams is in this example almost certainly not at fault for what a stray linebacker does. Williams is in the right legally, probably morally, and certainly ethically in his capacity as a coach.

On the other hand, perhaps Gregg Williams would in this example later take stock and recognize that focusing on some guy's ACL in the pregame speech may have had the accidental consequence of putting that poisonous thought in that linebacker's head. Perhaps Williams would choose his words and incentives more carefully in the future. Or perhaps he would explain to himself that this is football and in order to make an omelet you have to break a few eggs. Maybe if you're an NFL fan that's how you explain the bounty scandal in the first place. Maybe you see the bounty scandal as an accidental consequence of a football culture that at its essence is truly about achievement, swagger, teamwork, and toughness. Maybe you see the concussion issue the same way. Perhaps the only truly bad people here are the one's involved long in covering up the ill effects of the concussion. And -- only after that -- the people like Williams that mired in the most hateful parts of their sport to manipulate the NFL's culture of machismo into a culture of violence.

My point is not to take a side on this issue, though you can probably tell I'm decisively against Gregg Williams and the Saints at least. Whatever you feel about the bounty scandal, my point is that -- as a mature adult -- you must own up to the accidental and the essential consequences of the sort of league you promote. If the kind of league you like also leads to some disabled 45-year-olds down the road, then you must have those disabled 45-year-olds in mind -- at least in your peripheral vision -- when you're watching. If the kind of league you like also leads to a wussy, 2-second-long fights by preening superstars that've known each other since they were 5 in place of actual toughness (link to 99% of NBA fights)? Well, you have to own those consequences, and tendinitis, and your favorite little backup point guard TJ Ford lying supine and unable to get up and retiring a day later. You have to own that as part of owning the spoils of the playoffs of the present-day NBA. 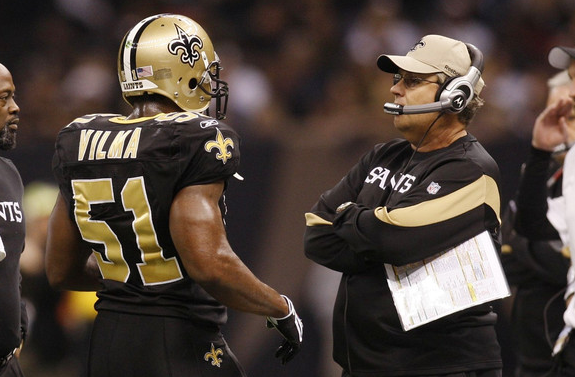 Aaron and I have been unreasonably frustrated by the shrill of anti-tanking rhetoric that has consumed ESPN's formerly excellent HoopIdea series. Let's get one thing straight before anything else: tanking absolutely sucks for everyone involved. It distorts the playoff picture, makes games less worthwhile for fans of a team, and gives all too much power to 6-7-8 seeds once they've clinched a playoff berth. What the Warriors had to do to keep their pick was a travesty and a debasement of a competitive league. They should never in a million years have had that specific incentive to tank or lose a first round pick entirely. No one should ever have to trade for Richard Jefferson. My hands are bowed in prayer. And #1 seeds should get to choose their first victims as a privilege of their seeding. Most everyone agrees with these things. I'm cool with it, Aaron's cool with it, and the 2011 Spurs would DEFINITELY be cool with it.

What I'm really not cool with is the immature (as I've framed it above) attitude that HoopIdea takes towards unintended consequences. Listen, as extreme socially liberal fiscal libertarians with a healthy respect for leftist economics and an encyclopedic knowledge of War and Peace, Aaron and I have been fascinated by and fixated on the accidental consequences and the epistemic limitations of essentially well-intended economic and social systems. Pretty much ever since we met each other. Some of our favorite teaching examples:

Or, we could get to the truly relevant example. That is, a sports league whose draft lottery -- intended by the powers that be to create parity -- ultimately ends up incentivizing losing under certain circumstances.

Look, I get the imperative for the Hoopidea project. It's a fine goal. But you know what? Economists spend their whole lives trying to eliminate these sorts of unintended consequences and (better yet) trying to understand and harness the unintended consequences to become a force for good when possible. Politicians may spend their entire careers trying to eliminate the occasionally insane bureaucratic waste and complexity of our government and end up having to maintain their position by producing yet more flotsam themselves. Have you seen The Wire? That was kind of the main theme with the chessboard, really. And the main theme is rather similar. It's really hard to solve these problems. I find it appalling that a few smart and talented intellectuals who have been selected for their extensive basketball knowledge with no apparent training in economic systems are lecturing the rest of us about perverse incentives and the small-scale evils that an overall good idea can produce. Especially with an inconceivably flimsy grasp of their own unintended consequences.

Let's be honest. If many of the solutions to eliminate tanking proposed by the HoopIdea project were to be adopted, a team will end up contracting. The next day, as they're clearing out Stern's office (he had left in disgust and shame after hearing about the contraction) they're going to find a copy of Adam Smith's "The Wealth of Nations." They're going to wonder why the hell they had underestimated his (all considering) massively credible approach to the business end of basketball. And they're going to wonder why their own unintended consequences had to be so dire. As we've said -- tanking is an abomination of basketball. But in the league as it currently projects to be for many years, there are worse unintended consequences than a tank-and-renewal strategy in which the vast majority of teams feel they have a punter's shot at a title if they can tank for a few years.

Believe it or not, as much as Stern's aversion to contraction may seem outdated and quaint, it also stems from the fact that teams are not just in a market competition with each other. The idea that they are is an incorrect convolution of the league's economics with the league's goals as a sporting competition. Teams rise and fall in direct proportion to the rest of the league's success and failure. Contraction as a real and ever-present option would massively deflate the currently huge price tags on NBA franchises. Teams are not sales reps pushing against each other, they're more akin to countries vying for power while valuing peace above all else. Teams are not tanking because they want to lose, they're tanking because they want to win, but are intelligent enough not to confuse 5 extra wins (a single outcome) with a healthier franchise (a robust process). They're tanking to show the rest of the league what a hard time they're having competing in a deep, solid league. These teams that are making a case that they - and not their comparably hungry counterparts - should have the most claim to the next shipment of rice and wheat.

In the history of unintended consequences, this is more or less about as innocuous as it gets. We don't have teams trying to lose eternally except the Clippers and various other cheap owners, and there are plenty of good disjoint solutions to those problems, anyway (like the recently-raised salary floor, for example, that Aaron has often noted was perhaps the best new provisions in the new CBA). We have to have tanking because tanking that is strategic and consistent with respect to a few key rules is massively preferable to the unintended consequences of nearly everything HoopIdea has yet proposed. If HoopIdea wants to continue to be taken seriously in this respect, they ought to gather their best anti-tanking ideas together and then go further... to organize their best ideas into one or two key manifestos or visions of the future in which tanking is reduced or severely curtailed, and replaced with substantially better and less prevalent perverse incentives.

These manifestos - like all the ideas that have ever succeeded in history - should lay out clearly (in both positive and negative senses) the essential and accidental consequences of their vision. Emphasis on the negative -- an ability to achieve self-awareness of your pet idea's flaws shows the maturity that befits a truly great thought. It would filter out much of the "this lineup is so pathetic they obviously want to lose #StopTanking" patronizing inherent in the campaign, as well as the growing aura of immaturity that has surrounded their unnecessarily thoughtless attack on a problem that deserves not just invectives and rants and denouncements, but mature solutions that own their own consequences. 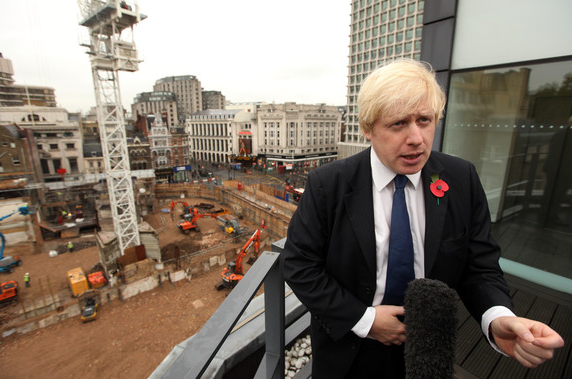