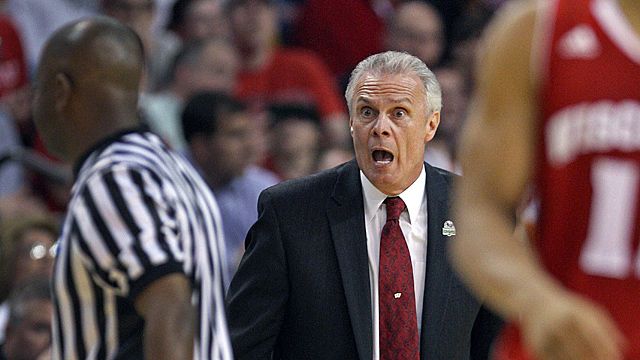 I've been itching to respond to Steve Kerr's recent Grantland piece arguing for raising the age limit because I find so much to disagree with. However, trawling the Internet for counterarguments, I found this podcast by Henry Abbott and Michael McCann, laying out almost every imaginable critique of Kerr's piece two months in advance of it being written. I find it more succinct, organized, and authoritative than anything I could put to text. Still, at the end of the podcast I felt like something crucial went unsaid. Kerr's piece ultimately had less to do with the age limit itself than with the larger problems Kerr uses the age limit to simultaneously attack: player maturity, development, and marketing. These are clearly critical problems to be solved, and in this two-part response, we're going to work on them.

But in the framework of these larger problems, Kerr's proposal to change the age limit by one year seems at best absurdly limited and unsuitable for these problems. Kerr's argument, to me, reads somewhat like that of a high school student who writes an essay arguing something trivial like that a first-time drug possession fine should change by $50, in order to ameliorate crime, increase revenue for the state, or advance political liberty by a few ticks at the end of the fiscal year, using a bunch of ad hoc, heterodox arguments. "It will ameliorate crime because... it will increase revenue because... it will advance political liberty because..." Perhaps, Steve, perhaps. Crime, fiscal policy, and liberty are enormous problems, though, requiring a broader vision than a rhetorical, cherry-picked take whose prime directive appears to be "stay on message."

There's a qualitative difference between ages 18 and 19 and 20 in our culture. But changing any such age restrictions by one year in either direction isn't going to solve a whole lot for the few high school seniors and college freshmen good enough to enter the NBA. Changing the age limit to 18 didn't work, changing it to 19 didn't work, and changing it to 20 won't work, because these aren't problems of age but problems of pattern. And solving a systematic problem of pattern with a marginal tweak of quantity is foolish.

There is a problematic undertone to Kerr's approach to decision making. Kerr refers to his proposal of simultaneously offloading player maturity, development, and marketing to the NCAA and Europe as "smart business" almost completely for reasons of cost. This is the absurdity I want to address today: Kerr may be right that raising the age limit is smart business. I don't agree, but I could at least buy that premise. But if I'm an executive with any business sense as I'm listening to Kerr make this pitch, I'm not going to sign off on this proposal in a million years, unless Kerr takes the additional step of recognizing (and at least estimating for me) the gigantic hidden costs the NBA is also taking on in outsourcing huge portions of its business to organizations the league has no direct control over.

What do these hidden costs look like? Well, consider. The NBA has absolutely no control over...

And very quickly, I'd like to mention something. Kerr's other notion, that of pushing the salary timetable back on your best players? Yes, that effectively reduces the lifetime salary of your bread-and-butter players and the amount of quality years they can give the league. That does, in theory, lead to some sort of savings. But that seems to be a very limited form of "savings," if you ask me. Especially considering the best NBA players produce revenue for the league far exceeding their salaries, even when the max deal comes.

I hope I've demystified some of the hidden costs of the proposal that are three-card-monte'd by Kerr's presentation. Solving these problems not only takes us far from "common sense," but also takes us into the sticky realm of addressing our priorities and our vision for the league, and making choices and compromises accordingly. It's suddenly not just a smart business, common sense, open-and-shut case whose only rejoinder comes from straw men like "Who are we to deny a 19-year-old kid a chance to make a living when he can vote, drive, and fight in a war?"

Kerr's proposal to raise the age limit is also a proposal for the NBA to let the NCAA and European basketball dictate the maturity, marketing, development, and maintenance of its talent pool for an extra year. What his proposal reduces in cost to the league it reduces in equal measure the control that can be exerted by the league. "What age rules will maximize revenue and limit cost the most?" is a perfectly valid business question. But Kerr isn't presenting the costs fairly, and the proposed benefits of outsourcing these functions to the NCAA and Europe are fraught with compensatory costs of their own, all of which deserve strong mention.

Tomorrow I'll be back to sketch a broader alternative proposal that -- we hope -- can address some of the problems the age limit is meant to address, and more. See you then.
Alex Dewey is a five-time Yahtzee champion.