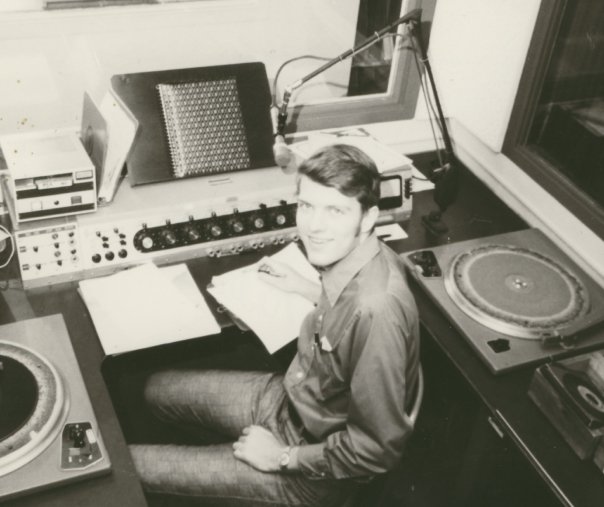 This post has virtually nothing to do with basketball. Fair warning.

I grew up exclusively in the southwest, but that's the past. Now I break bread in the east. Come college, I was eastward bound to Duke University -- when it came time to move to the professional sphere, my own pinecone didn't fall all that far from my alma mater. I work in Virginia now. I have a week of training this week. Not terribly relevant training to my job, but required and necessary. So last night, I took the long drive to Washington D.C. And, as I try to do once or twice a week, I called my dad up. It was late on the east coast -- I'd actually timed the drive so that I'd miss most of last night's finals game, because I'm not quite over the Western Conference Finals and it's still hard to watch these two teams. But dad's still in the southwest. So I grabbed the phone, dialed the number, and gave him a ring.

Last Monday, I was able to have dinner with my dad -- he had a meeting in D.C., and I had a conference in D.C. It was surprising for both of us -- despite everything, we were able to have a nice father's day dinner. A bit early, but still -- when you live thousands of miles away, you take your blessings where you find them. Most of what we talked about was current events, on Monday -- the situation in Syria, the presidential race, interesting medical breakthroughs, etc. Perhaps because we'd stuck to current events on Monday, we still had a bunch to talk about on last night's Father's Day drive, as the night air whipped past and the traffic morphed from the open Virginia drift to the dismal crush of the District's fare. We talked about his new projects for his company, his magazine, and his politics. We talked about my cousin's upcoming wedding, a little, and I surprised him by revealing I'd be home in Arizona for a week in July. Average stuff. Then, kind of out of nowhere, we talked about being an editor, and the mechanisms of writing. And for me, the memories spun.

A bit of context, given to me by a boisterous AM Radio announcer before my dad and I started talking. On Yahoo! Sports Radio last night, the host was asking listeners to call in and tell him how important his listeners' dads' rooting allegiances are to the sports teams they love. "Did you root for your dad's team? How did your dad's sports fandom impact your own? How did your dad instill in you a love of sport?" This all really amused me, because of the odd roots of my own sports fandom, and the inherent assumption that one's father was "responsible" for one's sports fandom as a general rule. For me, the answers to those questions are: nope, not at all, and... well, he didn't. Why? Because my dad really, really doesn't like sports.

I never met my father's father, but I heard some things secondhand. His father was demanding and insistent about sports in his youth, ordering that he try out for his high school teams and try to play sports he had no desire or interest in playing. He was constantly compared to his older brother -- a football star -- in a critical manner. He commentated sports games, a bit, when he worked in radio and TV. But he simply wasn't a big sports guy, he didn't much enjoy the games, and he never really developed strong rooting interests. Perhaps that, in some ways, was a reaction to his own father's insistence on sport in general. But my father made explicit attempts to not do the things his father did. He neither demanded I participate in sports nor demanded I avoid them. He didn't push me one way or the other on a team to root for. He -- in short -- was as agnostic as a man could be on the subject of sport, and prescribed me no specifics. He let me pick my own path. 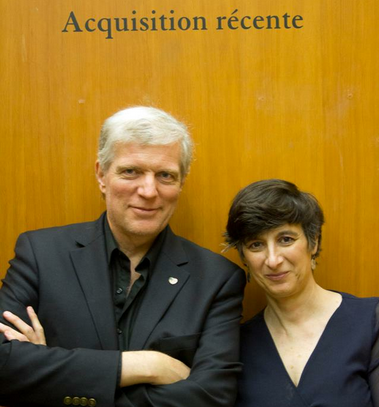 What's important, though, isn't what he didn't like. The story of how I became a sports fan is for another time. The real story, and the reason I felt I needed to write this, was more a lesson on how a father can teach without enjoying or understanding the thing the student wants to learn. On the drive, we had a long discussion about being an editor. My dad -- for the first time in his career -- is editing a publication. He's the editor of the newly established CardioSource World News, and with that, experiencing all the wonderful management boondoggles that being an editor entails. For once, I feel like I have a bit of experience in something that's a slight bit new to my dad -- in college, I was the art editor of a publication, and for the last eight months I've been (obviously) the editor here, at the Gothic.

We discussed some of the mechanisms of writing, and editing. Not just writing itself, but managing writing. As an example, there's a new writer we're thinking about bringing on here. I really like his work, but as with all writing, I feel like it's some work that'll take some juggling -- just as Alex and I have to do with our own work, it's extremely important to make sure that your writers and your staff are put in positions to succeed. If you have a writer who's great at subjective, philosophical pieces, don't force them to write comedy pieces. If you have a writer who excels if you give him room to think, don't breathe down their neck and bug them for pieces every week or two. If you have an author writing articles that don't have an audience, edit it brutally and try to teach the writer how to aim the rifle.

So I talked a bit about our prospective new writer, and the things I was planning on doing to make sure we put him in a position to succeed. I talked about mistakes I'd made (and continue to make), and shared some funny stories -- my dad shared the time he was so tired he wrote a piece twice, I shared the time Alex wrote a 4000 word piece that I split into two pieces ... which Alex then turned into TWO 4000 word pieces (!!!), et cetera. Funny stories all-around. And we talked about the difficulty of handing over prized ideas to your writers, and how things that sound so easy -- writing to an audience, writing things people want to read, making sure your writers are writing things that really fit their skillsets -- are all actually really hard things to juggle in practice. Dad was a natural at it all, obviously. He likes talking about the gears and cogs that underlie the clockwork precision of the best writing -- he likes the process and the journey almost as much as he likes the destination.

And as I hung up and reflected on the conversation, I realized that despite his lack of experience in the management side of being an editor, it should've been obvious to me from the start that he'd be an old hand at the entire process. Because my dad -- in a way -- has been an editor all his life. He always has been -- and though to a lesser degree as I get older, always will be -- the editor of my life. Just as it's important for me to make sure I'm putting our writers in positions where they can kill it, night-in and night-out, my dad spent my formative years making sure I was always in a position to succeed. He gave me the opportunity to build my skills, even if the places I was building my skills had almost nothing to do with his personal talents -- as a cameraman, as an artist, as a mathematician. He's a professional writer -- I'm a professional statistician. He's a sports agnostic -- I'm a die-hard fan. He writes medical presentations -- I write sports pieces, and things of a lighter breed.

We're different in so many ways. But even though he doesn't quite "get" the things I write (whether on sports or mathematics), or the things I work on all the time, it was his hands-off approach (with a small push to follow my interests) that prepared me so well for the trials and learnings of my adulthood. It was his ability to instill in me a love of the process, and a love of getting it right. It's his ability to teach me to self-edit, and to trust my own abilities as far as I can throw them. I still edit everything I write 4 or 5 times before I publish it. I love the process behind making a piece so much more than just plopping it down, and in developing my understanding of what makes the journey valuable, my dad set me up to be in a place I could never have reached without the frame of mind and the love of life he so strongly instilled in me.

My dad is a great editor precisely because he's spent the last 40 years "editing" his own life, the last 21 "editing" mine, and the last 16 "editing" my brother's. My father -- whether he considers himself it or not -- is the greatest editor I've ever known. This is pretty impressive, given that his first official position as an editor came less than 6 months ago. But -- to any of the people he's touched -- it's really not surprising. And as I reflected on his life and my life (along with the interactions thereof), I realized how lucky I was to have a man like him to look up to. It was yet another reminder of just how blessed I've been in my life.

I have some trainings this week, hence my drive. I'll learn about d-optimal experiment designs and some newfangled interfacing of SAS and SQL processing. None of these are things that my father cares for, or would find value in -- at least personally. He's a writer, after all. But the lessons of my father aren't simply constrained to the things he found interesting or the things that are relevant to him alone. They're constrained to the way I look at the world, and how he inspired me to focus as much on the process as he does. No, today isn't father's day. Maybe this post would've fit better there. But I don't think it really matters. Because father's day or not, there's no such thing as a "bad" day to appreciate what you've been blessed with.

Here's looking at you, pops.

For poignant appreciation of another great father, check out David Malki!'s incredible late-aughts essay on his father's love of flight. It's by far the best thing you'll read all day.