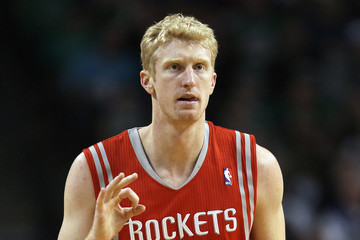 There are a few things in sport that are universally understood and respected. Foremost among them is the clarity of a simple win. You score more points than your opponent? You win. They lose. In virtually any sport! No partiality at play, no subsectionality to grapple with -- it's binary, it's Bernoulli, it's beautiful. Sure, there are different types of wins -- distilled to its core, sports analytics is primarily the process of determining probabilities behind the binary outcomes presented to us. It's all about taking binary outcomes and converting them into a continuous scale that allows for more gradation. Which win was a better win? Which pitcher is more than the sum of his direct outcomes? Which team was blessed by luck? Analytics let us answer these questions. They let us find the threads of continuity that underline the binary outcomes we respect and live by as fans. It takes the all-too-simple framework of winners and losers and lets us expand into the types of winners and types of losers. It lets us go deeper.

Smart people use smart analytics and deepen their understanding of the games we watch. That seems self-evident to most of us. But there's a funny element to following sports. As much as we try to look past binary outcomes and analyze on a deeper level, we're still following sports. We're still looking at a world of wins and losses, and that binary thinking is omnipresent in all we assess. And the funny thing is, the idea of wins and losses and the principled understanding of binary outcomes as they relate to sports actively harms our ability as fans to properly assess common scenarios and situations. Take this motivating example. Today, the Houston Rockets traded Chase Budinger to the Minnesota Timberwolves for the #18th pick in the draft. And I propose to you this: neither team lost. 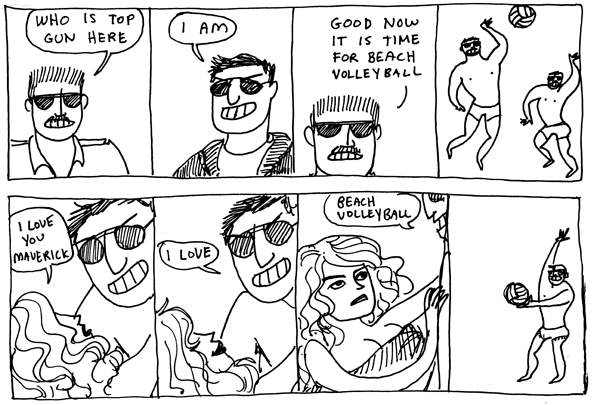 Absolute steal for the Rockets. The 18th pick in the draft is (historically!) an excellent place to find talent -- in the last five drafts, teams snagged Chris Singleton (promising defensive piece for the Wizards), Eric Bledsoe (the Clippers' 3rd best player on their 2nd best team of all-time), Ty Lawson (one of the preeminent BAMFs in today's NBA), JaVale McGee (planking master), and Marco Bellinelli (extremely sonorous last name, best Marco in the league). What did they have to give up? Not all that much! Chase Budinger is a goofy looking white dude. He plays beach volleyball, but he certainly doesn't play that much basketball for the Rockets. He played a paltry 22 minutes per game last season, and was emphatically behind Chandler Parsons on the Houston depth chart by the end of the year. He was chosen #44 in the draft -- #44! The dude doesn't even make a million dollars. Morey is a brilliant tactician, friends. Look at that. He just flipped the #44 pick in the 2009 NBA draft for the #18 pick in the 2012 NBA draft -- generally agreed to be a deeper draft.

Anyway, moving on. Absolute steal... for Minnesota! The 18th pick isn't really all THAT great. Look at some of the excellent, excellent work Eric Maroun has been doing at Hardwood Paroxysm this week. According to Maroun, "if a team is in the market for a below average to average foreign player or guys that end up playing in Europe once they leave the NBA, the 18th slot is the place to be." Indeed, while the last five years have been decent for the pick, historically this isn't a very great place to be. Lots of Eurostash busts, lots of roleplayers, lots of projects. And you can knock Budinger to hell -- it won't really matter, because the kid's alright. Your draft position is a lot like your college GPA once you get into the real world. Sure, it's an amusing anecdote that some people will (in passing) ask you about. But after you get your rookie scale contract, there's not a GM in the league who gives a crap where you were drafted. What matters is how you have produced, or how you CAN produce.

And in that respect, Budinger is just fine. He will immediately be the best wing player on the Timberwolves. He's coming off a season where he averaged about four three pointers a game, and shot 40% on them -- adding a sharpshooter like that to a team with a talent like Ricky Rubio is going to be fun. He's not great, defensively, but neither are the Timberwolves. And Budinger comes with the nice twist that he's actually decently athletic, and can make a few above-the-rim plays if he gets set up in a good situation. Is he an excellent rebounder? No. But you have Kevin Love and Ricky Rubio -- two of the best rebounders at their positions -- alongside him to take the load off. He's a low-usage spot-up shooter with a defined niche and a few sincerely excellent skills. Yeah, he's funny looking. Yes, he was a 2nd round pick. No, I don't understand why the hell that matters here. He's on one of the most cap-friendly contracts in the league, and his per-36 numbers (15-6-2) would tend to indicate he's a player that will help the Timberwolves work, offensively. Not to mention he's returning to his first coach's wing, as Adelman had two years of watching Budinger. If he supported the trade, I don't really see where you can fault Minnesota for doing it. Nobody is going to know Budinger better than Adelman.

And speaking of which... do the Timberwolves even want another rookie? The Timberwolves sported an average age of 24.4 last season, lower than every team but the Wizards and the Bobcats. Barea and Ridnour are their only players that'll be over 27 this season, and their only core rotation players above 25 will be Pekovic and Milicic. That's it. Budinger isn't exactly a grizzled vet, but he DOES have three years of experience in the league and the experience of playing a relatively decent role for a playoff-caliber team. He'll be 24 next year. The Wolves are filled to the brim with prospects, and at some point, they need to start putting together an actual team. Doesn't it fit that goal to trade a relatively middling-value pick for an established sharpshooter on one of the best contracts in the league whose age and demeanor fit that of their two best players? There's been much talk about how Houston intends to try and move the 18th pick in the draft with their other assets for Dwight. I think that's a pretty excellent idea, and it's great for Houston. But really, it's not like the Timberwolves are in any position to do that. The 18th pick, by that metric, is significantly more valuable to the Rockets than the Timberwolves. And Budinger (who will on day #1 be the best wing player on the Timberwolves) is more valuable to the Timberwolves than the Rockets, who feel Parsons is their future at the wing.

Doesn't this sound mutually beneficial to you? Seriously, am I missing something? Who loses?

There are bad trades, yes.

Sometimes, a team simply shanks a trade so badly you wonder how any NBA decisionmaker could've possibly approved it. The Salmons trade, the Foye/Miller trade, et cetera. But these are more the exceptions than the rule, much as we try to assert otherwise. More often than not, if you simply step back and examine the various motivations at play, trades simply make sense. Teams trade pieces that don't fit on their own team for a piece that fits better. We don't live in some perfect video game NBA world where teams trade players exogenous of fit, only trying to match the talent of the players. We can spend hours on Twitter arguing about who lost a trade. And far be it from me to pretend I don't do this -- I'm just as guilty as anyone at getting mad at my favorite teams for a trade that doesn't make sense to me immediately.

But it's rather important to realize, as these conversations go, that motivations differ. Value is not, contrary to popular belief, binary. Or even monotonic. Just because a team got the best player in the trade doesn't mean that the other team didn't receive something they valued greatly. After all -- a trade wouldn't have happened otherwise. Both sides have to agree, you know. One can criticize the motivations, and one can analyze the true value of the traded pieces. But realize this: there isn't always a loser. Trades aren't binary games, although we love to analyze them like they are -- they're more akin to ever-changing multi-factor optimization problems, and there's never any one right answer. Lovely, complicated, and wonderful. But different. And while forcing them to fit the same dichotomies we use for workaday analysis of sporting contests and binary thought is easy and simple, more often than not, it simply doesn't work.