Remember how we had that one series, a long time ago, where we'd entreat our writers to scribe short vignettes on the previous night's games? We've consistently discovered there's no way for us to do that every night, but with the capsules done and Aaron back in the saddle as a more active managing editor, we're hoping that we can bring the feature back as a weekly Wednesday feature. As always, the vignettes may not always be tactful, tacit, or terse -- they'll always be under a thousand words, though, and generally attempt to work through a question, an observation, or a feeling. What more could we provide? Today's two short pieces are as follows. 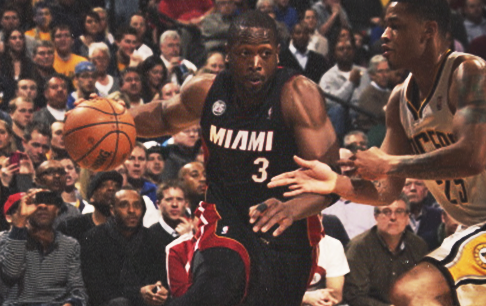 For about 3 months of college, I attempted to keep my schedule without a caffeine or sugary beverages -- no soda, no tea, no juice. I had homework and essays and problem sets to worry my head, as well as the slog of my writing on the side and my actual job. Lots of factors, lots of problems. Without caffeine, I quickly discovered the late nights were even harder than they were before, and the depth of stupidity inherent in my overburdened schedule became clear. One particularly dismal night, I was up at about 3:00 AM, working. A friend calls me up. We talk. I mention my exhaustion.

I didn't take it, but I'll admit the whole thought was alluring. It's stuck in my mind since. Smoking and nicotine are oddly ever-present temptations for me. It's not that I love the idea of killing my lungs. It's the other stuff. The short-lived burst of energy, as my friend described it. The caffeinated feeling of the smoke in your lungs and the inadvertently wakeful effects of a terrible wheezing cough. Others take a tantalizing drag, a secondhand fable, and dole out the wheeze of a lung on the verge of collapse. And it beckons, if you can believe it! An open invitation to this inexplicable rush of energy and this stupid rebellion against the self that lies within each little cancer stick. I've never had a cigarette, but every time I walk through a crowd of smokers, every time I inhale the secondhand smoke, I wonder how I've avoided becoming a chain smoker. And the desire itself is a terrible sign -- a red-letter warning. If I give in, I'll get addicted. It's obvious. So, I take my substitutes. One particular substitute showed exactly why he's such last night.

Dwyane Wade's play is like a Jackson Pollock painting, at times. An aggressive splattering of paint and frenetic energy. That's how you'd describe the best possessions and the memorable moments. But when you look at his current state, and examine his game as a whole? Put away the paints -- Wade's a smoker. There's the burst, of course. You still get a few possessions of classic Wade offense, night in and night out. That alluring energy, the one that smokers describe with zest. Catching a whiff of secondhand smoke -- sickening though it may be -- is oddly satisfying. So too is watching Wade trick the greenest rookie to the seasoned vets into biting on his jumper-less pump fake and going to the line. I hate free throws, and I've never been a fan of tricks like that. But there's something oddly satisfying about Wade's smug assurance as he fools his latest victim. The dunks, the hero-ball, the devil-may-care drives. The lack of regard for his opponents. For someone who's never loved Wade, it's all very tantalizing. Cool and smooth. Just take a drag, man.

But then you look at the other side of the court -- you see him a step slow on defense, wheezing to catch up with his more nimble counterparts. Then you notice the empty possessions, those protracted coughs where Wade refuses to give up the ball as LeBron or Bosh languish, open as a man could be. And then the lead begins to collapse. The Heat were up 51-44 last night, with Wade having a monstrous night and a reminder of how good he can be. And then it all collapsed -- the Pacers finished the game on a 39-26 stretch, with Wade unable to get free and the Pacers defense swallowing the Heat whole. The Pacers kept driving at Wade and slipping him on screens -- they kept challenging him to catch outside of his comfort zone, and he just kept missing the boat. He looked tired. Wheezy. Old. All actions have an equal and opposite reactions -- all risers like Wade have an equal and opposite come-down.

And that's the problem, with a cigarette. It's all fun and games until the energy fades and you're left with a wheezing shell. Tantalizing, sure, but only to a point -- the burst of energy is never going to be worth the come-down. The wakefulness is never going to be worth the cough. Lungs are a valuable thing. They say you never quite know what you have until it's gone -- I feel that, with Wade, a lot of people (myself included) have missed the boat. He's always been great. Wonderful, even. One of the best. And now that he's begun to crack and chip, and show his age, there's an internal desire among this particular fan to see him stave off the inevitable as long as he possibly can. But a reminder, as well -- don't taunt death, don't taunt age, don't mock convention just to mock it.

And don't smoke, either. I don't need a cigarette.

After all, I've still got Dwyane Wade. 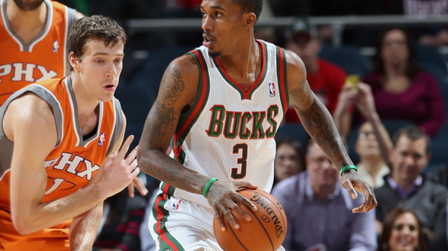 On Monday, I found myself at my weekly university-mandated basketball “class.” In actuality, it's just an hour and a half pickup game. We play 4-on-4 on a small court, which means a lot of the game is a track meet. But there were slow possessions too, where defence would actually be required. When that happened, one of two things would occur. Everyone would rotate, do their job and get beaten by a miracle shot... or, alternatively, someone would end up completely wide open under the bucket. At the beginning, everyone tried. They tried hard. Put in a good fight. But as time went by the effort became more and more lacking, until it dissipated into lazily going through the motions. Nobody lost their man, but nobody tried to stop him from getting to the bucket either. Nobody missed a box out, but nobody hustled down loose balls either. Et cetera, et cetera.

On Tuesday, I had the 'pleasure' of watching a similar defensive effort. This time it was far more remote -- I was watching the Phoenix Suns, from my computer in Poland. They didn't do this for the first time, nor did they do it for the last time. As I planned to write this, I wrote out what was wrong with the defence. Slowly but surely, note by note, I came to my own realization: fundamentally, the system is in place, and the implementation of it was mostly correct. Traps were set, rotations were made. Somehow? The Milwuakee Bucks just kept scoring. That was the first quarter, back when the offence flowed and the Suns were leading. And then, just like in my pickup game, as time went on the effort just got worse. At first it was just the bench. That made sense. It was a squad that (outside of Jermaine O’Neal) never had any defensive potential either way. But as time passed, the problems infected the starters. Jared Dudley lost Mike Dunleavy on screens, Marcin Gortat and Luis Scola missed rotations, Goran Dragic let Brandon Jennings rain threes. They weren’t lost, and they were doing what they were told.

But that's the thing -- they were doing it in slow motion! It was as if they were making Matrix impressions while the other team ran on normal speed. Every contest was there, but it was always two seconds late. Every rotation was there, but the rotating player always ended up on the off arm of a player now established in the low-post. Normally, a team has one player with a horrible defensive effort. The Suns played 9 of them Tuesday night. I could try to analyze the game, or I could watch synergy for missed rotations and point out the real culprits, the traditionally "bad" defensive players. But as I watch this happen, game after game, night after night, I don't really know if there's any specific culprit. Any particular man at fault. I watch a team that can be good-to-average defensively, if they simply were a little faster. But every single player on the team seems to dig the broader unit into a hole. They just don't try after they get tired, once their shots stop falling. And just like me, in a pickup game, they end up going through the motions as shots swish through the net. And it would seem that in the end, my search for a recipe for the Suns woes yields a surprisingly simple resolution problems.

Sometimes, all you need to do is try harder.