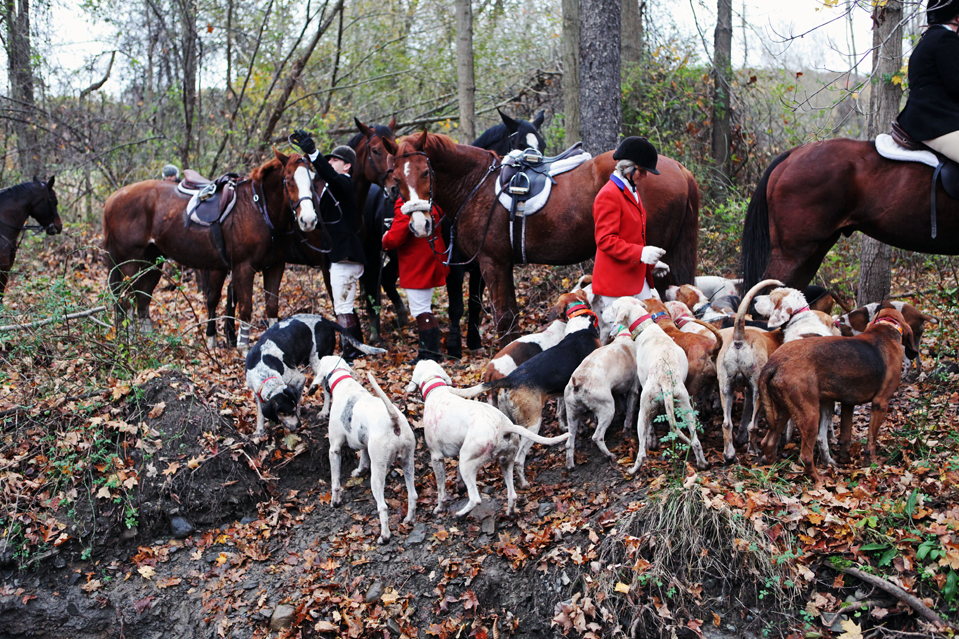 So, despite this blog being around for less than a month, I've already written a heck of a lot of copy about this awful lockout. I wrote an angry rant about Jordan for his hypocrisy. I wrote a piece highlighting why my history with depression made me afraid to give up on the season. I wrote an excruciatingly long three part series (almost 9000 words, overall) analyzing the CBA proposal to try and cut through the spin from both sides. I did the research and tracked down an extensive list of lockout layoffs to try and shed some light on the front office impact of the lockout. I've done my time, in short. I would like the lockout to end. It won't, though, so I suppose I'll just need to keep writing furious rants.

On that note, today's furious rant!

If you didn't pick up the general tone of my CBA analysis (or didn't read it, which I can't blame you if you didn't), I'll state it outright: the players should have taken the deal. I say this selfishly , but also pragmatically. The cliffsnotes: not as bad for player movement as the spin suggests, the 6-year opt out is a huge get, the system stayed essentially exactly the same with different BRI and a stricter tax, and overall there was all the room in the world for the players to return to the old system the next time they had any leverage in a CBA negotiation. Despite this, the players DID have concessions even atop the BRI, enough so that I'm not surprised the players blew up the talks. BRI was a huge concession, and they weren't really comfortable with a 50-50 split in the first place. ANY concessions atop that were enough to make them liable to blow it up.

Despite that, I don't really think the union leadership thought this through particularly well, nor do I think (from the limited copy I've read from them discussing the decision to disclaim) the player reps had full comprehension of what they were getting into. See, I spent an unreasonable amount of time sifting through David Boies' suit against the NBA -- it's very well written. Lots of legalese, but the case is compelling. The general tenor of the suit, that the NBA simply never intended to negotiate in good faith, is something that's been on the lips of most every writer covering the league since this ordeal began. The problem is... there's no real way for the players to win this. The added leverage the players have is minimal, as it comes in concert with the owners gaining leverage by sitting back and doing nothing as NBA players miss paychecks and benefits. Like healthcare, which Delonte West and his 13 dependents are sorely lacking at the moment. It's been written in a million places, but the NBPA dropped the ball on timing something fierce.

And what's more, there's no particularly logical endgame for the players. Which is what scares me the most about this lawsuit. The general goal of the players in this suit is to be awarded treble damages, in which the owners would be on the hook for 3x the missed salary of all NBA players. That would, theoretically, be a "win" for the players. Would it, really? I'm not so sure. If the players were to actually win treble damages, the league would fight for as long as they needed to in order to have the ruling overturned in the higher courts. They'd take it as high as they possibly could. And the appeal process? Takes time, you know. Were the players to win treble damages, it would be unlikely that we'd see a season start until the appeal process was done -- after all, the owners aren't going to negotiate if they're fighting off the treble damages win, as that would undermine their case that the players won that suit illegitimately. Which would lead to an extremely circuitous legal path, one that has no real positive ending for the players. Several seasons lost, most likely. But, best case scenario, let's say they win out every appeal, it goes to the supreme court, and the court rules the NBA has to pay them. Then what? The NBA has an absurd amount of damages to pay out, but no money whatsoever from which to pay the damages. Because they STILL HAVEN'T NEGOTIATED A GODDAMN CBA!

They still would need to negotiate a new CBA, one that would be far harder to negotiate if the owners knew they would have to be using the vast majority of their money on repaying the damages. Because the owners would keep putting worse offers than the last one on the table trying to recoup losses, and failing miserably to get the players to accept them. I honestly don't see how that ends in any way other than the league declaring bankruptcy and dissolving, leaving the players with absolutely no market in which to play professional basketball and with minimal real return on the treble damages. Not to mention that rookies and free agents technically don't have contracts at the moment, meaning they wouldn't be eligible to receive treble damages. Whoops. Of course, that all is assuming they win, which I think is a silly assumption. There's very little precedent for the case that Boies is putting forth, but what little there is seems to indicate that the courts aren't going to look kindly on this suit. The most likely scenario is that even if Boies manages to win in the California courts, the NBA will overturn it in appeal. And then where are we? 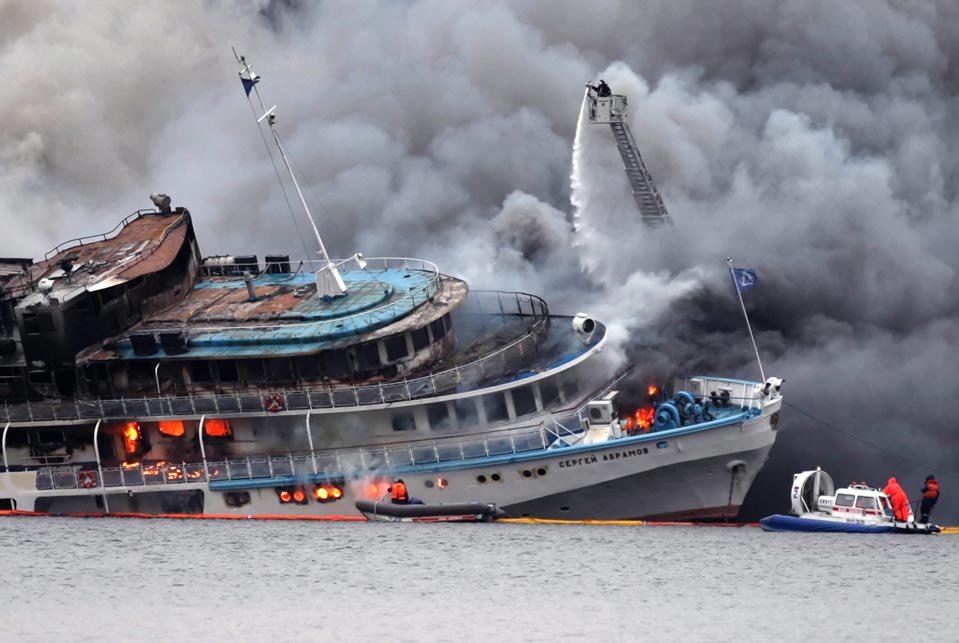 THIS IS WHERE WE ARE, GOD DAMNIT.

Do you think the union explained all this to the players? It's nigh impossible to fathom how the union leadership could've endorsed this no-win-scenario kind of a tactic at this point, other than some absurdly rosy scenarios painted by their legal team. The agents are scratching their heads right now for that very reason. No legal expert I've talked to thinks this tactic has much of a chance of really improving things for the players, even with arguably the best lawyer on earth on their side. And the entire talk about how much money they're missing paycheck-to-paycheck ignores the most important part of an NBA player's salary, and the key reason that sports unions are way different from real life unions -- the career duration of an NBA player, despite the increased salary, is significantly less than virtually any other job on the planet. To demonstrate, let's say we have a player earning about $21 million over a 7 year career. Obviously less when he's a rookie, more after that. A relatively average player in every respect. That's $3 million a year, which is a hell of a lot of money all things considered. But it's only over 7 years. Assuming the income they receive for the rest of their life is relatively inconsequential, here's what their lifetime earnings are like compared to, say, a statistician making an average salary $70,000 a year (less when he starts out, more when he finishes) in a career that lasts 49 years. You may be surprised to know that the difference is only $18 million dollars in career earnings!

Well, fuck, there goes my argument. Kind of. Consider that this random player is slated to make, say, $4 million dollars this season. Let's say he doesn't play this season, and while he stays in the league the same 7 years, his last year is a minimum deal instead of a $4 million dollar payday. Instead of earning $21 million, he earns $17 million. That's a big frigging difference. He just lost 20% of his career salary, the equivalent of the $70,000 a year statistician taking 10 whole years off his career. So my point still stands, even if my comparison was so silly I can't bear to take it out of this post. *

* Seriously. It's just adorable that I, in my sleep deprived ranting, even thought I could conceivably compare one of my peers' salaries to an NBA player. It is simply adorable.

Really, though. I'm exhausted and tired of writing about the lockout. This rant is awful, it isn't angry enough, and it's really restrained given how terribly mad this whole thing makes me. The point I'm trying to make is that for all but about 100 of the league's 450 players, losing a season is equivalent to losing 10 years off your career in a real job. That's an incredibly big deal. And when a NORMAL (ie, non sports) union decides to go on strike, or persevere through a lockout, the union is only talking a few months, or at most a year out of a 40-50 year career. A season-long lockout is the equivalent of the local teacher's union going on strike for 10 FUCKING YEARS, from the perspective of the players who actually have to deal with the financial ramifications of it. IE, not Hunter, or Boies, or Kessler. I really, really doubt that the union presented the threat of disclaimer to the players like this, which makes sense. They wanted to do it, and they knew the players were angry and raring to do SOMETHING. Channeling their energy towards something they wanted to do in the first place had to be nice. But it was an incredibly poor decision that will, no matter how it turns out, probably destroy the players. It can be a revolution (as Ziller says) without being a smart or reasonable decision. And when the union inevitably gets broken or the NBA collapses, I won't want to think back at how incredibly obvious it was that it was going to play out this way. I won't want to.

Editor's note #1: This was going to be a furious rant. Then Aaron realized he's too sad to be furious and too meticulous to actually rant. Sorry!