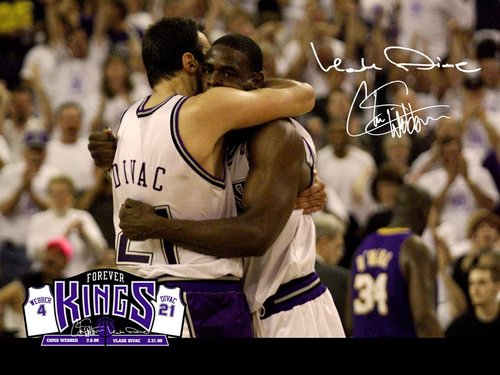 “Fool that I am, that I did not tear out my heart the day I resolved to revenge myself.”

Yesterday afternoon, we were treated to some unexpected league-changing news. From the mouth of Adrian Wojnarowski himself, word filtered down that the Brothers Maloof had finalized a deal to sell the Sacramento Kings to a Seattle-led ownership group. Most response involved some manner of shock, jubilation, and confusion. After all, it was just earlier this week that the Maloofs' Virginia Beach flirtation ended -- nobody expected them to bite on a new deal so quickly after that fell through. Jubilation is obvious -- the sad tale of the wayward Sonics is one that just about every NBA fan has been fed ad nauseam over the past several years, and the prospect of a revitalized Sonics is neat. And confusion? Again: where did it come from? Where was the lead up?

There are a lot of different considerations that bear mention when news of this magnitude shocks us. How are divisions going to realign to fit the new Sonics? How done is done -- will the Maloofs really follow through on it, or is this going to be yet another in their string of failed business decisions? And what kind of a trade is it to give up a franchise with a promising young core for a franchise that desperately needs a housecleaning? These will be answered in time, along with questions we haven't even thought to ask yet. And they may renege, it's true -- we aren't exactly talking about George W. Bush, here. No deciders. The Maloofs are notorious for their waffling, and we're already starting to see signs that this may just be their latest cowardly attempt to siphon more money from Sacramento's ownership groups.

But there was a curious lack of focus on what was actually getting left behind. Lots of thought about the future, the villains, et cetera -- almost no talk of what was to be lost. Today, I'd like to go over that history a bit. Let's remember the Sacramento Kings, and why they mattered.

Here's a fact that most people either aren't aware of or don't seem to care about -- the Kings have been around longer than almost every franchise in the league. Really! When the BAA disbanded and the NBA was formed in 1950, there were 17 teams that stuck around or were established to make the league. The Kings were a late addition to the BAA, and by extension, one of those founding NBA teams. Not all of those 17 teams stuck around, either. (Sorry, Sheboygan Red Skins!)

Of the 17 founding NBA teams, here are the eight that remain:

They've been around a while. The Royals, in fact, were a very good team at the NBA's inception -- they tied Mikan's Lakers for the best record in the league in the NBA's founding season, and they won the 2nd NBA title ever awarded in 1952 -- they won it in an amusingly stressful fashion, too, beating the Knicks 4-3 in a series they shot out to a 3-0 lead in. That's right, they let the Knicks win three straight. "NOTHING EASY, WE GOING TO GAME 7 BABY." Assuming the sale goes through, that was the last time the Kings would make the finals. In a bit of sick irony, this means the to-be-defunct Kings would forever hold a tie for the best winning percentage in franchise NBA finals appearances -- after all, they made one and won one, so that's 100%! That ties the Jordan Bulls (6-0) and the Duncan Spurs (4-0). Good work, Kings.

I'm not 100% convinced I'm going to be able to give you a fair lowdown, at least on the Kings' early years. They moved to Cincinnati in 1957. Given that I'm 22 years old, I... uh... wasn't really around for the Royals' days in Cincinnati. To put it lightly. Hell, my parents weren't really around for the Royals' days in Cincinnati! I'm not positive that Curtis Harris was either, but he has written a lot of wonderful work remembering the players and personalities that team starred. There was Jack Twyman, as influential for his work bringing better labor conditions to the NBA as he was for being one of the best scoring forwards in league history. There was Oscar Robertson's triple-double season, a feat almost as untouchable as Rasheed's 41 technical season. There was Maurice Stokes, the first black superstar. Lots of colorful figures, lots of notable history. All worth reading. Check out his archives at Hardwood Paroxysm for a bit of a history lesson. Might be surprised at the depth, here.

When people refer to the Kings' general lack of history, they tend to point out that the Kings of recent years have been startlingly devoid of notoriety. Which is true in a broad sense. They only made the playoffs five of their thirteen years in Kansas City, despite Nate Archibald and their other stars. Although it is worth mentioning that one of those five runs was a shocking run to the Western Conference Finals against a Moses Malone-led Rockets team. I'm 90% sure that ranked as the first and only time in NBA history that two teams with losing records played in a conference finals matchup. Fun facts abound! The playoff drought got worse after their conference finals appearance and extended their plight when they finally made their way from Kansas City to Sacramento in 1986, too -- the Kings made the playoffs their first year and proceeded to miss the boat nine years in a row, and if you're counting, the Kings didn't have a single playoff victory from 1982 to 1996.

That could have been the end, but it wasn't -- the Kings finally started to acquire some upwards momentum in the late 90s, and in 1999 under Rick Adelman they managed to post their first winning record in 16 years. This set off one of the most successful periods in the Kings' history, an eight year period where the Kings would win 63% of their games, make the playoffs every single year, and win five individual playoff series. They played a breakneck offensive game, with Adelman scheming around Chris Webber's transcendent brilliance, Peja Stojakovic's shooting wizardry, and Vlade Divac's... everything, really. The early-aughts Kings were one of the most interesting basketball teams to ever play the game, taking the court with a strangely refreshing streetball mentality. They'd taunt, challenge, and flash to their heart's content. They passed the ball beautifully, shot the ball brilliantly, and won the hearts of millions. Their ill-begotten loss to the Lakers in the 2002 season can only be forgiven by the essential fact that it also meant Mike Bibby didn't win a title. (Sorry. I can appreciate the Kings all I want, but I still hate Mike Bibby with the inexplicable fury of a thousand suns.)

Since then, the Kings have been bad. Really bad. Although it's worth noting that this isn't entirely unplanned. The Maloofs haven't put serious money or investment into making the Kings a quality team since the mid 2000s, and they've been trying to move the franchise for the past 3 or 4 years. It's insane that this needs to be given as a caveat, but it absolutely needs to -- the Kings have made abhorrent personnel moves over the past few years, and they've composed a team with absolutely no cohesion or ability to compete on a real NBA level. And it hasn't been for no reason. If you lose the fans on purpose and price them out of their seats, you can build a real narrative about Sacramento "abandoning" the team. It hasn't. The Maloofs have poisoned the water in an effort to build a story, and while many accept the story on its face, it's difficult to really blame Kings fans for getting frustrated and dismayed with an ownership group that's tried their hardest to undermine every iota of respect and love Sacramento gives their team. Impossible, for me. 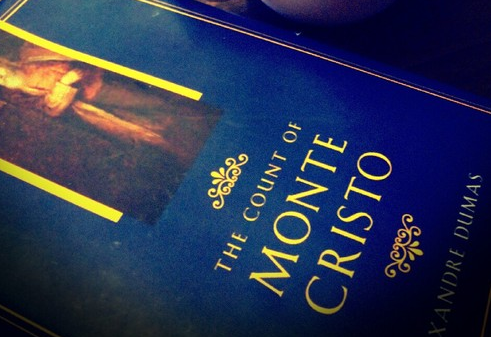 One of the first "serious" books I ever read was The Count of Monte Cristo, the classic Dumas masterpiece on revenge and the toll it takes on a man's soul. I don't need to explicitly restate the story -- even if you haven't read it, it's an outline that everyone's familiar with. Man is unjustly imprisoned, man stews over his rage for years, man breaks free, man extracts a long revenge on those who wronged him, and finally... man loses sight of his humanity in his quest for vengeance and becomes, to the reader and his eldest kin, an unrecognizable phantasm of woe and misery. The whole point of the book, in a not-so-roundabout way, is to highlight the problems with revenge as a concept. It's all fun and games to think about revenge. Actually acting on it changes a man, and can fundamentally betray the soul of the person who was wronged in the first place.

Wrongs aren't forgiven simply because you suffered before you acted on them. They're still wrong.

And that's, I suppose, my big problem with the move. Or at least at some of the joy many people get from it. Seattle is a wonderful city. I'll be there twice this year for two beautiful weddings. I felt for Seattle when they lost their Sonics, and I understand the desire for a team trumps the desire for justice. But this post is, in some sense, the big problem with moving a franchise to Seattle -- if you bring back the Sonics, you're necessarily closing the book on another team's history. The Kings have been around in some form or another for over 60 years. That's an awfully long stretch of time to simply close the book. If the Kings were moving to Anaheim, or Virginia Beach, or Las Vegas... they'd still be the Kings, or some warped interpretation thereof. They wouldn't simply be erasing their soul to become an echo of a dearly departed Seattle franchise.

Why does it matter? After all, as some Sonics fans were apt to point out, "Kings fans don't care." But that's... really not correct, at all. For all the whinging about Sacramento's poor attendance numbers, it's been lost in the shuffle that the Sonics had virtually identical numbers in the season before the move -- while the Kings have been filling the Sleep Train Arena to 76% capacity this season, the Sonics filled Key Arena to 78% capacity before the shoe dropped and Bennett moved them out. For all the talk about Seattle's storied basketball history, it's been lost that the Kings are also a storied basketball franchise -- erasing the league footprint of one of the NBA's founding franchises should not come lightly, nor should it come without a healthy dollop of respect. I think Seattle is due a franchise as much as anyone, but short of moving the Thunder back, I'm not sure of any non-expansion way to get them one.

Moving franchises where the owners have poisoned the well and ruined their fan experience just to make their team more mobile is the Count of Monte Cristo approach to team-building. Much like the masterpiece, the problem isn't in Seattle regaining a franchise, or in the reestablishment of a proud mainstay of the NBA's culture. No more than the problem was the Count's revenge in the first place. It's the collateral damage. It's the wives and families of the men who wronged the Count, or the history we're obliterating to reestablish the Seattle mainstay. It's the Sacramento arena-workers who lose their jobs with no prospect of ever getting a professional sports franchise ever again. It's the fans who did absolutely nothing wrong and are suffering for the sins of their horrible wayward owners. Seattle may need a franchise. Does the city need one enough to extract its vengeance on a set of innocent fans? Does the city need one enough to commit the very sin they eviscerated Bennett for, in the name of big market exceptionalism? Do the fans need one enough to consider themselves more deserving than the luckless Kings fans?