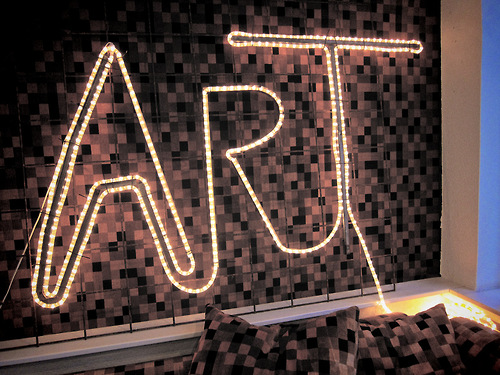 Hey, folks. Aaron McGuire here. Are you having a good morning? If you're a fan of the San Antonio Spurs, you might be. Of course, there are several serious analytic reasons for last night's game to worry Spurs fans. The Warriors brazenly outplayed the Spurs over the first 44 minutes of the game, and it took a sudden miracle confluence of San Antonio's elite defense of this season, elite offense of last season, and some completely incredible Warriors follies to lose the game. This isn't going to be a series the Warriors are simply content with lying down and losing. The Spurs are going to have to wrest every win out of Golden State's cold, dead hands to get to the conference finals. Because a team this good and a team this hot simply isn't going to bow out quietly.

All that said, I find myself uniquely unqualified to write about this game. Why? Because my power went out with 1:18 remaining in regulation. What's more, IT DIDN'T COME BACK UNTIL HALF AN HOUR AFTER THE GAME HAD FINISHED. For a Spurs devotee watching his first Spurs game in HD (...no, I had never seen a Spurs game in HD before tonight), that was a unique experience. It was a unique experience that will merit several furious calls to my power company and the possible purchase of a backup generator. But that's besides the point. Given that my phone had only 2% battery life at the time my power went out (and boy, did I time that BEAUTIFULLY!), I had to do some crazy stuff to finish watching the game. I felt this made a reasonably compelling post. Here's what happened.

As Carl Landry entered the game for Richard Jefferson out of a time-out, I was writing a tweet.

spurs are still down 3 to a team starring curry with duncan in the locker room. so, uh, they lose. but this gutty fourth is solid, and HEY WHERE DID MY POWER GO

Due to the fact that my power being cut also managed to cut my internet, the tweet never actually got sent. But that was about how sudden it was. I was sitting at the edge of my couch with bated breath, tik-typing tweets into my work laptop with some work in a side tab. Seconds later, the lights all flickered and my TV made its "turning off" noise. I could hear my HVAC power down. I stared blankly into the darkness.

So, fun fact. I moved into this new place about a week ago. I've had some nasty combination of strep throat and a crummy flu over the past week, so virtually nothing is unpacked. That includes the veritable menagerie of flashlights my father has passed down to me over the years. Seriously. Every possible moment my father could've given me a flashlight in the past 5 years, he's delivered. The only care package I ever received in college was a box with two flashlights and some gum in it. I have gotten flashlights for my birthday, for Hannukah, for Christmas, for "visiting", and for good measure. My father's love for giving me flashlights has never made any sense to me, but suddenly, it made my father seem like a literal genius.

Except for the fact that, again, I had unpacked none of them. Theoretically, I own enough flashlights that every single room of my new place can have a flashlight or two in easily-accessible locations. Unfortunately, every single flashlight -- EVERY SINGLE ONE -- was packed in a box. And my keys (which, hilariously, have two flashlights on them) were upstairs somewhere. I end up wandering around and tripping over two boxes. The first one was entirely filled with clothes, but the second one had exactly what I was looking for -- an enormous maglite that could kill a man without regret. Flashlight in hand, I headed for the circuit breaker.

No problems there. But that did clear up a few things. Everything that was on -- my FIOS backup power and (weirdly enough) my irrigation controls -- were running on backup battery power. Nothing else had power. Entire place was out. I sat on my couch to look at my phone, realizing -- again -- that my phone only had 2% battery life. If this game went to overtime, I was screwed. I headed outside, flashlight in hand and my phone's AOL Instant Messenger client keyed to channel Dewey.

Walking around my block, I found out three pretty hilarious things.

Alright. Last one wasn't that hilarious. Still. I didn't know anyone on the block, and just about every house looked like their residents had gone to sleep. It WAS after midnight, after all. My phone was down to 1% power before I remembered the retrospectively obvious fact that I had a charger in my car. I knew what to do. I got in the car, plugged in my phone, and considered my options. I could either call the power company for what would inevitably be a fruitless call, or I could search for the game on the radio and follow along on twitter. My friend Mike texted me several possible radio stations -- none had the game, although I found a really intense mariachi station that I put on in lieu of game audio. I was down to the final option.

That's right, everyone: it was time for an Alex Dewey play by play.

[12:32] Alex Dewey: TURNOVER TURNOVER THE BALL IS AN APPLE TURNOVER

[12:32] Aaron McGuire: I AM BECOME STEPH, DESTROYER OF WORLDS

[12:32] Alex Dewey: funny you should say that because steph just missed a shot spurs get the board

[12:32] Alex Dewey: only if they spinnin ok so tony goes of a boris screen then k misses a 22 footer oh geez

[12:33] Aaron McGuire: because i am telepathically lending you my 110 wpm typing ability please give it back later

[12:33] Alex Dewey: i refuse this is cool no wonder you were a transcriptionist

[12:35] Aaron McGuire: christ no not another OT of this i need my power back

[12:35] Alex Dewey: and by ATT center i mean alex-teaches-typing center by which i mean this chat window

At this point, the mariachi music -- which I inexplicably never turned off -- gets especially intense for some reason.

[12:41] Alex Dewey: SEVEN TIMES OUT OF TEN WE LISTEN TO OUR MUSIC AT NIGHT

[12:42] Aaron McGuire: alex what in the everloving christ does that mean

[12:46] Alex Dewey: SEVEN TIMES OUT OF TEN WE LISTEN TO OUR MUSIC AT NIGHT

[12:46] Aaron McGuire: alex these lyrics are the worst play by play in recorded human history

[12:46] Alex Dewey: THUS SPAWNING THE TITLE OF THIS PROGRAM

[12:46] Alex Dewey: IN SUCH A CASE THAT WE MARAUD FOR EARS THAT IS THIS CASE WE LOOT

[12:47] Alex Dewey: tony with a vicious spin move cuts the lead to one

[12:47] Aaron McGuire: wait did the warriors take a lead what

[12:47] Alex Dewey: anyway curry makes the scoop across court to the corner from opp wing

[12:48] Alex Dewey: everybody loves draymond takes it right and gets two FTs. cans both.

[12:49] Aaron McGuire: you are in love with rj and it is terrifying

[12:50] Alex Dewey: curry takes it to the rim danny green blocks the HELL out of it

[12:53] Alex Dewey: a minute left in the game, spurs by five, curry drives and misses but boris fouls him

[12:54] Alex Dewey: manu just shot a TERRIBLe three. the worst three. what was that.

[12:54] Aaron McGuire: for some reason capitalizing everything but the e in terrible makes the word a lot more impactful

[12:55] Alex Dewey: crap you're right bazemore gets a layup spurs let the dubs get out in transition

[12:56] Aaron McGuire: at least the guys fought back. didn't let this be an embarrassing one.

[12:57] Alex Dewey: kawhi has the inbounds, green/diaw/manu/parker are in the game

[12:57] Alex Dewey: additionally they have rj defending the inbounds

[12:58] Alex Dewey: warriors use their foul to give, spurs do another timeout

[12:59] Aaron McGuire: wgjaweglkjajfkjwfkljs;dguiwgwl;efdmlqw [Ed. Note: This was shockingly difficult to type on a phone.]

[12:59] Aaron McGuire: we are different flavors of the exact same person and it is terrifying dewey

[1:00] Alex Dewey: SEVEN TIMES OUT OF TEN WE LISTEN TO OUR MUSIC AT NIGHT

[1:01] Alex Dewey: SEVEN TIMES OUT OF TEN WE LISTEN TO OUR MUSIC AT NIGHT

[1:02] Alex Dewey: RJ WILL INBOUND DUNCAN IS GUARDING HIM THIS IS THE GREATEST MOMENT OF THE PLAYOFFS

[1:03] Aaron McGuire: THIS IS MY ENTIRE MEMORY I HAVE NO POWER

[1:03] Alex Dewey: oh, i thought you were joking, is your power seriously out?

[1:04] Alex Dewey: seven times out of ten you listen to my play-by-play at night

EPILOGUE: After getting out of my car, brushing my teeth in total darkness, wrapping myself in covers, and closing my eyes... the power came back on. I'm not kidding. Minutes after I closed my eyes.