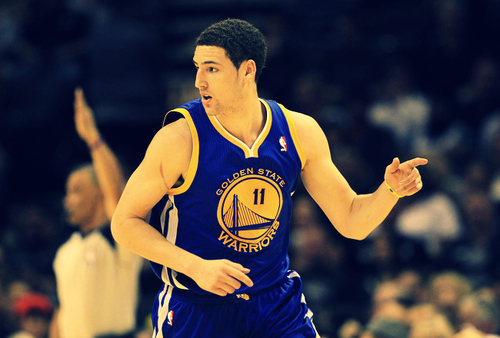 The Spurs are in trouble.

It's self-evident at this point, but it must be said regardless. The San Antonio Spurs went 35-6 at home in the regular season this year. They nevertheless lost game two of their best-of-seven series against the Golden State Warriors. What's worse is that the Spurs lost the game in embarrassing, befuddling fashion. They missed open shots. They couldn't stop Klay Thompson. Their decision-making down the stretch was a bit confusing, and they stopped playing their brand of basketball despite experiencing naught more than a modicum of defensive resistance to it. They lost faith in their own system and started isolating in an attempt to win the game. That's not how San Antonio plays basketball. Not when they win, anyway.

Worse yet, that was at home -- we haven't even seen what the Oracle is going to look like for Golden State's home games. Which, after last night, are all they need to win if they want to win this series. If the Warriors hold serve at home, the Spurs are done. Which is a rather terrifying thought for any self-respecting Spurs fan, given the furor of their bay area crowd and the tendency for San Antonio's role players to fade a bit in road game situations. Regardless. After two games, we don't really have the slightest clue what's going on in this series. But I'm going to try as hard as I can to explain it anyway.

FIRST: WHO ARE THESE TEAMS, ON A FLIGHTY METAPHORICAL LEVEL?

The Warriors are easy to place, at least for me. They're the gambler's wayward son.

Look at it this way. There's this town bum -- he's a poor drunkard, long ago wealthy but on something akin to a 17-year cold streak. His once-considerable fortune has been squandered and he lives on the streets, cobbling together pennies to gamble at a local casino every week or so. Loses it all, of course -- that's just his way. He represents the prior-to-2013 Warriors -- the post-TMC crew that's been so unlucky and unfortunate as to boggle the mind and distress the soul. He has a child, a son barely born at the time of his tremendous fortune. As his luck dwindled, his wife left him. Took the kid, too.

Enter 2013 -- the son returns. He lets his father sleep in the hotel, and upon his father's prodding, he decides to enter the casino. Thing is? He's never played a lick of cards before. The kid is a golden boy, a bright kid who nevertheless had never gambled before in his life. He only has a vague recollection of what each poker hand means, and he hasn't yet figured out that a flush is better than a straight, and he's still confused that he lost that hand where he had a two-pair and his friend had 3-of-a-kind. Nevertheless, the kid is crushing it. He's winning hands he shouldn't have played and showing absolutely no fear at the table. Which makes sense, because he isn't sure what he has to fear. Or what anything means at all. The chips keep piling up for him, and the house wonders if he's cheating. But the kid isn't. He's just on all the rolls his father always dreamed of, and given that it's his first time gambling, he has no reason to be tight or concerned -- he doesn't have any human conception of "normal." He's just playing a game he scarcely understands, and playing it incomprehensibly well.

As for the Spurs? They're the sly accountant -- an experienced poker hand who's nevertheless underwater at the table and completely at a loss. The accountant considers himself a good judge of talent, of tells, of hand-quality -- all that said, he has no idea how to handicap this new kid. He's as confident with a junk hand as he is with a good one. He's destroying his betters on hands the betters have never lost with -- Christ, did that kid REALLY just play a 4-of-a-kind to beat my ace-10 full house? Did that seriously just happen? Hell -- the kid had just bust out an old Denver businessman. The businessman had been having the night of his life in the casinos, he was up some ungodly sum before he chose to sit down at the kid's table. The accountant had played with the businessman earlier that night -- he was good. Very good. And when the kid bust the businessman out, the accountant found himself a bit happy -- he knew he'd be at that table later, and the businessman was on such a roll that it was hard to imagine he'd be an easy out.

But he never quite saw that kid coming. Apparently, nobody did.

SECOND: WHAT'S WRONG WITH THE FAVORITES?

The time for illustrative metaphors is over -- the time for a frank examination of what the Spurs are doing wrong and the Warriors are doing right is now. And to these eyes, the problem is pretty simple. The Warriors are making bad shots and the Spurs are missing good shots. I don't mean that to be a backhanded compliment or an insult, either -- the Warriors are such a terrifying team to face for that exact reason. The Spurs defense is built around the concept of making the opposing team's shots as difficult as possible. Try to goad the opposing team into taking the worst shots on the table, then simply hope they miss them. The Warriors are funny, in that they actually can make those shots.

Now, of course, that poses the question -- SHOULD they be taking those shots? No. Obviously not. They try to take easier shots, they screen off Curry and Thompson and they run decent plays to open up their guys. But if faced with a situation where they're being goaded into taking a lot of bad shots, they're not going to simply fall apart like a wobbly Jenga board, like the Lakers or the Nets or the Clippers. They're going to make more of them than the opposing team expects. The key to defending Golden State -- at least when they're as hot as they've been this postseason -- doesn't really exist. As long as they're in even a semblance of rhythm, the shot is at least remotely malleable to their will.__ You simply need to hope that Curry and Thompson stop making terrible shots, like pull-up threes over a stout defender or off-balance one-legged three pointers with a hand in their face. And they might, sure. But they aren't incapable of making those shots like a Steve Blake or a Gerald Wallace. In fact, nobody on the Warriors is strictly incapable of making shots -- there's nobody to funnel the ball to, no offensive sieve to try and redirect their action to. You just need to make their shots more difficult and hope they stop making them. Against the Nuggets, they didn't. Against the Spurs, with the shots even harder than they were in the Denver series, they still aren't.

As for the Spurs offense, this is an important point -- the Spurs are missing a lot of wide-open shots. I counted eight wide-open threes that the Spurs completely clanked last night, including five totally open corner threes from Kawhi Leonard and Danny Green. Both of them usually make that shot. Missing that many wide open threes is absurd, and a relatively unexpected wrinkle going into this series. Additionally, the Spurs were missing a lot of open at-rim layups -- Duncan missed a particularly glaring one where he sealed off Bogut and had several seconds of prep time early in the game. Parker missed a point blank nearly-uncontested layup in the last two minutes. So did Danny Green. Andrew Bogut is a wonderful defensive presence and he affected many shots. But the Spurs weren't even making the shots they created when they ran their offense, which may partly explain why most of the Spurs started going away from their offense and isolating. Especially Manu and Gary Neal, who both played like putzes for most of last night's contest. Just befuddling. If the Spurs continue to miss that many open shots over the remainder of the series, they'll lose handily.

THIRD: HOW DO YOU ADJUST?

There are two adjustments I think each team needs to make if they intend to win this series.

If you're San Antonio, you need to...

If you're Golden State, you need to...

And if you're a fan of either team? Sit back, relax, and enjoy the show.

(If your power doesn't go out.) 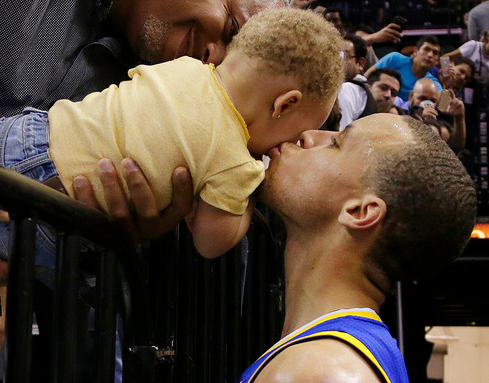