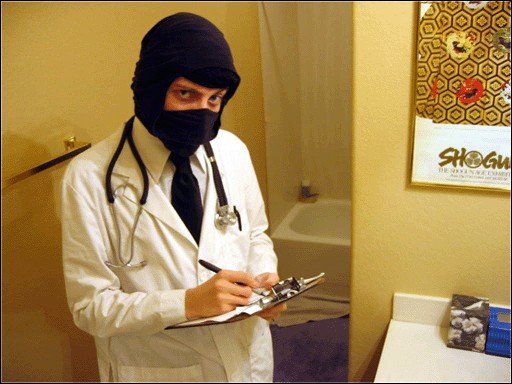 PROMPT #5: This is the time of year when I really start gearing up for Halloween. Despite what many adults would say, Halloween is easily the best holiday of the year. Shitty horror movies are on TV all the time, you can binge eat candy without any of your coworkers guilt tripping you and talking about the "paleo diet", and pumpkin flavored everything is everywhere. It's the greatest. That said, the best part of Halloween is easily the Halloween party and the corresponding costumes. And that brings us to your prompt, Aaron. Give us all a brief history of the Halloween costumes of Aaron McGuire. What are you most proud of? The most ashamed? Have you ever seen a costume that brought a tear to your eye? Any that made you shudder in fright?

A brief history of my Halloween costumes is just that: brief. For someone that's as huge of an unrepentant nerd as I am, I've never been one to really go all-out and create a super-intricate Halloween costume. I've been content to linger with the unwashed masses, reveling in our completely unremarkable costumes and leaving the truly impressive stuff for others. Most of my costumes were so unremarkable as to be totally forgettable, and I honestly can't say I remember what I went as for most of them.

The ones I remember include:

That's all I really can recall, which is both the sign of someone who really didn't put a wealth of effort into the craft and a sign of someone who didn't have particularly good ideas to begin with. At least I didn't ever go with any of the classics (Frankenstein's monster, zombies, warlocks) -- I would've probably made a mockery of them, and if you're gonna make a mockery of a costume you might as well keep it relatively off the beaten path. I added a photograph of my Dr. McNinja costume to the front of the post, as well as a photograph of my scarecrow costume to the bottom. As those are by far my two best ones, you can make your own silent judgments on the rest of them from there. In terms of pride and shame, I'm a bit proud of the Dr. McNinja costume simply because it was a cheap-yet-fun costume that I thought I executed reasonably well with scant little money to spend on it. Using my Obi-Wan Kenobi cloak for five years of costumes would be my biggest source of shame -- few things are more shameful than Halloween half-measures, and recycling a costume for that long is the king of all half-measures.

As for the costumes of others, that's another admittedly scant subject for me. When I was in college, I somehow managed to be working on Halloween night every single year. The night I was Dr. McNinja, I didn't even go out -- I stayed in and handed out candy while my parents had a relaxing night with the X-Files movie and my brother trick-or-treated with friends. There was only one particularly costume-filled Halloween night, and that was the time I went as Scarecrow, traveled back to Chapel Hill, went to one a Halloween party thrown by some of my UNC friends. If you aren't familiar, UNC's Franklin Street goes nuts on Halloween. They rope off several blocks and it becomes a gigantic outdoor party, one of drunk heckling and costume admiration all around. While I've only been there once, I have to admit, it was pretty fantastic. The creativity was incredible. Costumes I can remember off the top of my head include:

Look, Angelo. I'm not saying that you need to make a point to come to Chapel Hill just to see their Halloween celebrations. I'm just saying that exact thing I just said I wasn't saying, you know? I am not enticing you to come to Chapel Hill, except for the part where that is exactly what I'm doing. The decision is entirely up to you, although there is a clear delineation between right and wrong in this specific case. No judgment here, except the judgment I am making right at this very moment on you as a human being. Feel free to do whatever it is you want to do, as long as whatever you want to do intersects with exactly what I have outlined in this confusing paragraph. 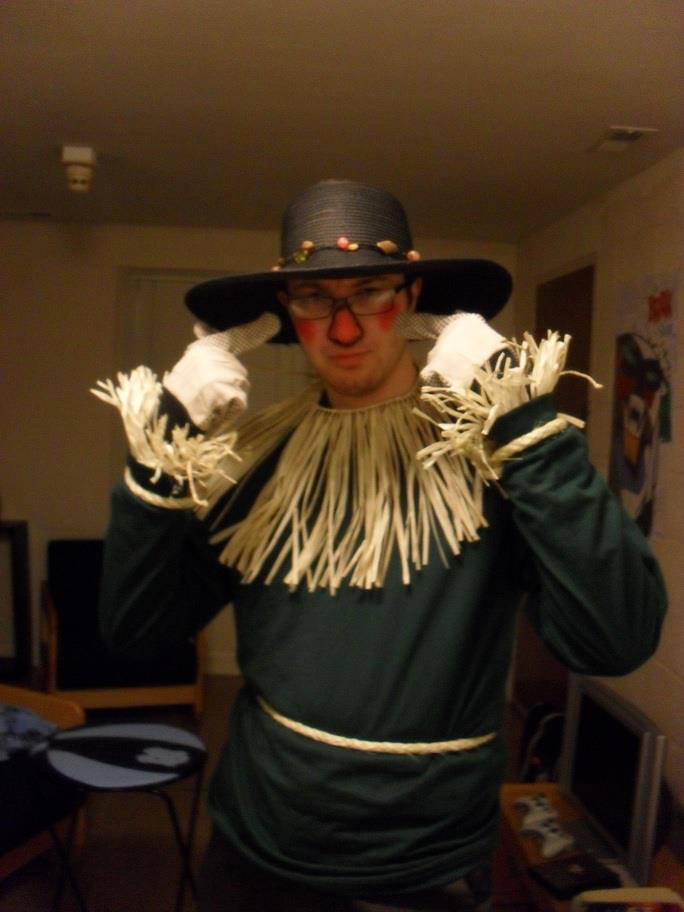