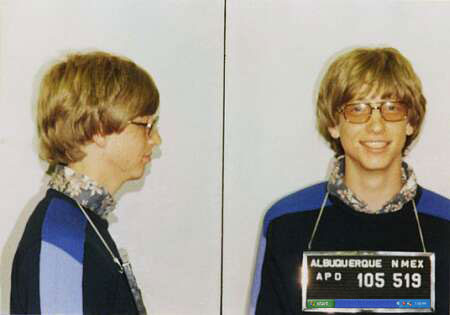 PROMPT #6: GTA: Grand Theft Aaron. As my life right now is primarily composed of Breaking Bad re-watches & playing GTA 5, the topic of crime is foremost in my mind. What would it take for you, Mr McGuire, to abandon your life of statistical analysis & turn to a life of crime? What would your crime of choice be? Would you go all Walter White and enter the drug trade? Take after Trevor Phillips and become a complete psychopath? Or perhaps would you use your statistical prowess in some sort of white collar endeavor?

To a certain extent, crime is often precluded by a sort of moral code. Dexter Morgan's code made sure that he only killed serial killers and his popular eponymous television show. Walter White constantly states that he's willing to give up everything to save his family -- whether or not you believe him is another matter, but there's a stated code to the way he acts. Avon Barksdale's code precludes him from ordering a hit on the Lord's day of rest. John Marston commits his crimes for his kidnapped family. Et cetera, et cetera. Criminals in popular fiction almost always have some sort of warped morality play in their wheelhouse. It serves two purposes -- it allows the criminals to justify their actions and allows the mass audience to find some tiny common ground with a criminal they'd normally detest. For the purposes of this question, though, I'm trying to get to the bottom of the first purpose. What crimes, exactly, could I justify to myself if I had to try?

Let's start high and descend slowly. First, we'll start with the highest crime of all: domestic terrorism. And the answer to that is an obvious "no." It breaks morality on several levels. It kills innocent people as well as any guilty people who happen to be in the vicinity, it causes massive property damage, and can serve as justification for misguided mass military action. That's decidedly beyond my ability to justify. There is no cause I can think of that would make domestic terrorism something I could live with. What about the individual pieces of domestic terrorism? Property damage seems like an easy "sure, I could do that!" crime until one really starts to ruminate on the consequences. Who pays for rebuilding property you destroyed? Depending on the property, it could be any number of people who aren't at all responsible for ill action towards anyone. And even if crooked insurance companies are paying out for your damage, the inconvenience to everyone caused by the damage can often be entirely too much. (Seriously, have you ever lived near a place that was recently vandalized and is undergoing massive repairs? It sucks!) And if you're destroying a little mom-and-pop store, your act of vandalism may very well be enough to put them out of business and on the street. Smooth move, Ferguson.

Then there's the obvious biggie -- murder. Could I actually kill someone? I'd never say never, but I'd deem it highly unlikely. Look: I still feel a twinge of guilt every time I recall making fun of a kid in elementary school. Even for the most grotesque of individuals, there are still a few people on Earth who care about them. Mothers, brothers, sisters, lovers. A murder you get away with is still a murder that leaves family and friends grasping for reasons why it happened. Could I live with that on my conscience? Not sure. And we're talking about a life of crime, here -- I'm just talking about a single murder. Perhaps I'd go Walter White on life and stop caring about murders after I commit my 5th. But I feel it's far more likely I'd make a mistake disposing evidence or turn myself in out of guilt. I can only imagine being okay with murder in cases of extreme self defense -- that is, a position where family or self is being mortally threatened and the only way out is to kill the threat who's looming. Or someone who threatens my livelihood in such a way that would destroy everything I've worked to achieve.

So, yes. Maybe I could murder under the proper circumstances. Still, that doesn't mean I'd be able to murder lightly. And there's still the matter of finding a criminal livelihood that would be even remotely possible under my personal moral mores. That leaves one criminal potentiality: white collar crime. There are a lot of ways to go about that. Fraud, money laundering, covert heists. But every action runs up against a serious problem, for me -- I have no desire whatsoever to harm those less fortunate than myself. If I feel the need to steal when I already have more than the people I'm stealing from, I'm putting them in a legitimately impossible situation. I'd feel guilty as hell. The unfettered avarice you need to feel to steal from the less fortunate disturbs me. Could I live with that? Probably not.

But then there's the other side of stealing -- skimming from the rich. But then you're faced with yet another moral quandary. Is it all THAT much better to steal from richer people, if you aren't keying in on those whose fortunes are largely illicit? There's a large chance I'm stealing away well-earned money that people worked extremely hard to cultivate. Is that really worth it? Professional money laundering is an easy white-collar crime tactic, but then you're simply enabling all the crimes listed above that I am morally uneasy on. At what point would I turn to a life of crime? I'd assume I'd need to have exhausted every possible means of legal living, and I'd need to have people who depend on me financially. That way, I could feel less conflicted about stealing from anyone. But then I'd be working with zero resources. How do you start a life of rewarding white collar crime with zero resources?

... okay, you know what? Angelo, I think all I've realized from this prompt is that I'm by far the worst criminal ever. But it's okay, I finally figured out my calling. When I was a kid, I kinda liked politics. Really wanted to be Sam Seaborn. Let's say THAT'S how I get into a life of crime -- I sign on as a starry-eyed speechwriter for an idealistic world-builder. I get elected to public office and gradually lose my principles a la Thomas Carcetti. I steal from the government by offering up terrible contracts for kickbacks and regulations that cause incredible cronyism. I retire and become a lobbyist trafficking in war machines. Beautiful, simple, completely believable. Classic story.

Just a programming note -- our normal basketball-heavy content will begin anew this October. Get excited!