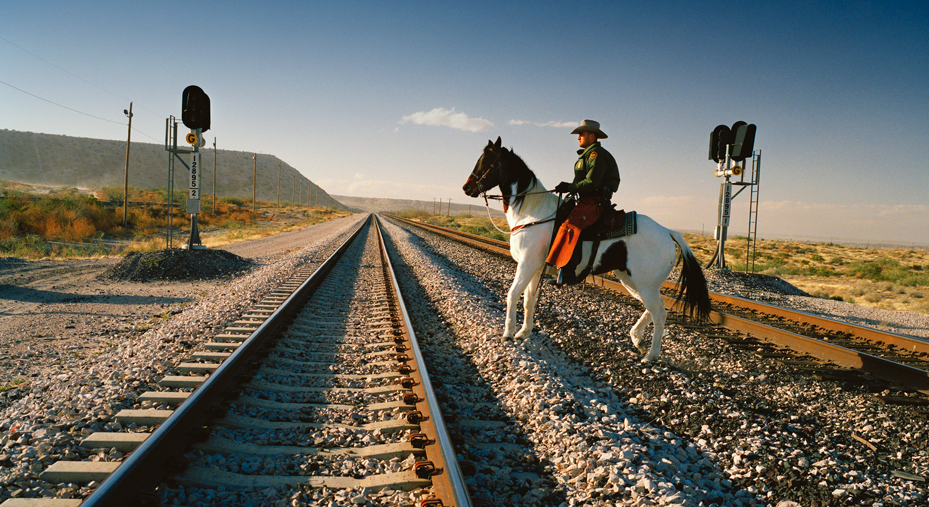 I was on the wrong side of the tracks. That's what they told me, anyway -- when it came time to transition from elementary school to middle school and high school, the school district told me that I'd be going to a school far removed from most of my peers. This was disappointing, although unavoidable -- it was true, I was in a block that was barely outside of the boundaries of the school we all grew up at. It wasn't a big deal, and in fact, it was retrospectively a blessing. The schools I ended up going to were better than the ones I would've gone to if I'd stayed on the same path everyone else went.

But there was one thing that really stuck in my craw about the move. I had a decent group of friends in elementary school, but our hanging out was very school-oriented. We would hang out in classes, hang out in recess, then go by each others' houses after school and hang out until our parents ordered us to go home. We didn't really "do" scheduled hangouts, and we didn't really talk outside of school. I didn't have AOL Instant Messenger yet, after all -- the only way to contact each other was through the phone, and none of us were particularly chatty people. When the last day of elementary school came around, we all promised to stay in touch and hang out... even when they were all going to the school across the bend and I was going to the school they'd never even heard of.

As you may have surmised, that promise of perpetuation didn't turn out that way. That day turned out to be the last time I'd speak to any of them until well after my college days began. In that first summer between elementary school and middle school, I did the same thing I did every summer -- I'd hang out with friends on my block, I'd read a lot of books, I'd draw a lot, I'd watch a lot of TV, I'd surf the internet. Et cetera, et cetera. But as time went on, the window for calling my friends across the way seemed to wax and wane. At first it was as though I didn't want to accept that they wouldn't be there when middle school came. Then it simply became a matter of tact. "Oh, hey, it's Aaron! You know, that guy who never ever calls? What's up, BRAH?" It didn't seem right. So days turned to weeks and weeks turned to months. Months to years, years to graduations, graduations to jobs. And all the while, there was this large group of once-close friends going further and further in my rearview, never to be seen again. That is, until I was in a Durham airport in 2010, reading through the newest issue of SLAM magazine on a bench near my gate to Arizona.

Our overall presence at Gothic Ginobili has been effectively nonexistent the last few months. I've written 14 posts in the last four months (with only 8 of those being even tangentially related to the NBA), averaging out to less than a post a week. One year ago today, I was writing 15,000 words of player capsules a week. Stark difference, there.

I don't really intend to apologize for this -- while I don't particularly enjoy letting down readers who've come to expect a certain standard, I've noted several times that last year's player capsule experiment was absolutely terrible for my health. I have a full-time job that generally demands 50-60 hours a week of work. Add in 25-30 hours a week of writing and my requisite volunteering and I found myself in a situation where every waking moment was consumed with stress and work. During the process of producing the capsules, I was dumped by my girlfriend and managed to go on an expense-paid trip to Las Vegas where I literally did nothing for fun.

No -- no matter what was going to happen this offseason, some delightful capsule reboot was never in the cards. I somehow managed to stay on top of my actual job while also finishing the capsule project in my allotted timeframe, but it wasn't like that project was going to get redone this year. If it happens again, it'll happen again in a year or two, when I can take more time off work and give myself a bit more breathing room. Not this year, certainly, and not after last season's slow burnout. All that said, while I intended to take a lighter load here over the summer, I never really intended to COMPLETELY eschew basketball writing. Which is essentially what happened, somehow. Here are a sampling of the things I never got around to that were on the docket for our summer plans:

Kinda wish I'd gotten around to these. Don't they sound fun?

I tried to start all of them, mind you, but something curious kept happening on the way to the well.

"Home, she is the grand illusion. She is a time, not a place. And your time here was over." (x)

As time goes on, the familial bonds that tie your birth family together waver from your life. You don't stop loving your parents, generally, but distance and time conspires to drastically alter the relationship you came to hold dear. A person is forever connected to the souls they love as family, but this connection is never quite the same as it was to a wide-eyed youth. This is to say nothing of friendships, which wax and wane and vanish accordingly. Life moves on. The inexorable march of man towards our vaguely sinister end continues unfettered, regardless of our wants and whims.

And, of course, it all comes back to game six.

I'm a Spurs fan. Every single long piece I've attempted to write about basketball in the last four months has boiled down to, at its core, some sort of inane rumination on that oh-so-memorable night. I'm not exaggerating. I've personally produced mountains of deleted drafts trying to get at the core of what that game really meant. And I didn't usually start the draft out with the intention of talking about it, either. I'd start the first GM capsule or the first historical capsule and I'd balk. I'd start modeling and instead I'd start writing about how improbable game six really was. I wish I could say I've gotten anything out of the dismal exercise. I can't, though -- I've gleaned nothing. A lot of people laughed when Kawhi Leonard responded to an inquisitive journalist's prodding ("Have you thought about the finals at all since the epic series?") with a perfectly fitting "No. We lost." I nodded sadly.

Kawhi Leonard is 22 years old. Later in his career, he'll probably feel a bit more dismay at the outcome of last year's finals -- his entire playoff experience currently consists of a rookie year WCF run and a sophomore year Finals run, after all. It's hard to contextualize how unreasonable that was when your only experience is at such a high level. There will probably be the tiniest mote of regret for the opportunities lost and the general improbability of it all. But perhaps not. Because Kawhi has keyed into perhaps the most important fact about game six: it's over, and nothing at all is going to change that.

As for the one-off elementary school tale I started above, the end is hardly happy. Sure enough, one of my long-forgotten elementary school friends managed to recognize me eight years later in an airport 2,153 miles away from our old school. It was fun, at first, and it was interesting catching up. After all, we hadn't seen each other since 2002. But then we stopped reminiscing and started trying to talk about our recent lives, and all basis for comparison ended. He'd dropped out of college after flaming out spectacularly in his first semester, going from rave to rave and blowing other people's money like nobody's business. He was currently returning from an expense-paid summer vacation provided lovingly by his doting parents. I hadn't ever gotten drunk (at that point), I was battling a bout of depression and endless sinus infections, and I was taking a beyond-ridiculous overload schedule to grease the skids on an early graduation. The amount we had in common at that point in our lives could fit in a thimble. Although we added each other on Facebook, we haven't come anywhere close to contacting again, because we both figured out the somewhat uncomfortable truth.

At the end of the day, there's only so much you can say about the past. You can poke it and prod it and orient it and try to recapture it. You can analyze it as much as your heart desires. But the past is the past. Your old friends -- whether you meant them to be or not -- are old friends for a reason. Any rekindled friendship is necessarily a new creation, wrought of the people you've grown to become rather than a reflection of what you once were. The past cannot form the full basis of your frame of thought, and it can't consume you. I'll never really know what could've been if I hadn't neglected to call all of my old friends -- maybe we'd all still be the close-knit bunch we were back in the day. Maybe it wouldn't have been so jarring to meet my old friend after all those years. Things would be different, probably. But try as I might to reconstruct the past and figure out how things could've been, it won't change that it's not so.

No matter how many times I dream about game six, it is never going to change the one-in-a-million sequence of events that brought the ropes down and put the trophy back on lockdown. No matter how many times Gregg Popovich and LeBron James rewatch the game and wonder how they lost and won, it is never going to change the fact that it happened. Tim Duncan can relive the missed bunny in game seven every day for the next decade. Matt Moore and Bill Simmons can make painful jokes for the rest of eternity. It's history, now -- the property of textbooks and retrospectives and truth. We can debate its meaning and its significance, but we can't debate that it happened. For me, I'm reasonably sure my inability to write is tied in that last bit. My desire to talk about game six is primarily rooted in a completely irrational desire to strike it from existence. There's a better present, now, though -- there's a new season, with new challenges and new stories to chase and bottle. What's done is done. What's to be done, that's the real question. And that's the one we're aiming to capture now.

It all boils down to this: it's hard to let go, but it's harder to hold on.

Welcome back, NBA. We missed you.

"The truth is that returning to old wells is rarely truly satisfying. It's often empty and rather sad."