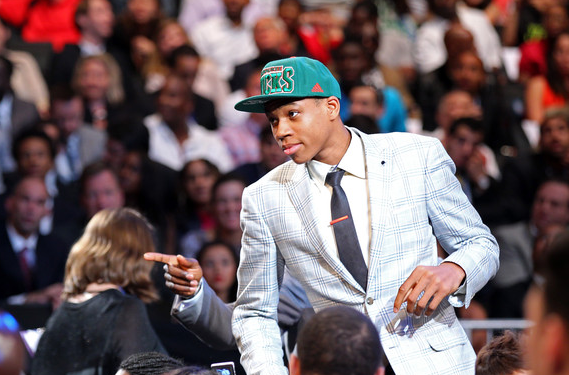 There's nothing wrong with having a name that's hard for American English speakers to spell. It's a big world, and people constantly struggle with spelling "Dewey" (and my middle name "Trent"). Enter the world of mnemonics. A mnemonic is... well, let's let the first mnemonic tell the tale, here:

Mnemonics Never Effect Memory Or Notice Its Correlations... M before N except after the first N.

Hmm, never mind, that's just a mnemonic to remember how to spell mnemonic. There's a separate mnemonic for what it means.

Memento Nor Effectively a Memo; Openly 'Nrelated; Is Calibrated to be easy to memorize.

Alright, that doesn't help much either. Look, a mnemonic is a tool to help you remember something. 30 days hath September, April, June, and November. January February March April May. I see you cryin' but girl I can't stay. August June July December. That one tells you all the months with thirty days, and the song form helps keep it straight in your mind. Today, I am going to do the same with the toughest NBA names the league has to offer. Get ready to learn some names, folks.

Player with Difficult Name: As an English transliteration of a Greek transliteration of a Nigerian name, there are few names in the NBA more imposing than that of Giannis Antetokounmpo. Worse, even though his name is spelled "just like it sounds," you'll only get this particular transliteration from how his name sounds if you happen to be a Nigerian living in Greece. And even then, not a guarantee; there are plenty of different linguistic traditions and several languages in Nigeria alone to alter your personal transcription along the way. Plus, if you're reading this, you must speak English on some level (I mean, probably?), and very few words in English are like spelled or sound like either his first or his last name. Also: If you're trying to sound it out, you're very likely getting the pronunciation wrong to start with (unless you're a serious Bucks fan, or you went out of your way to get it right).

Mnemonic trick: Luckily, we're here to help. Mnemonics such as "Every Good Boy Dies Feverishly" (treble clef) and "Feel A Chill? Enter Giannis" (alto clef) help amazingly young people such as, say, Giannis Antetokounmpo (December 1994!) remember their musical (Wy)clefs, while also reminding them of the heartless facts of life and the inevitable omnipotence of Giannis.

Let's see if a mnemonic will do the trick.

I remember his name already! I bet you do too.

Player with Difficult Name: Dwyane Wade -- often critiqued as much for his subversively-spelled name as for his declining game -- is an enigma for the dutiful speller and our "'i' before 'e'" fixations and the various exceptions and meta-exceptions thereof. But it's easy to remember with a simple trick!

Mnemonic trick: Dwyane Wade plays a dynamic but rational game, generally speaking. For all the quibbles about his shot selection, he generally scores efficiently and does all the dirty work necessary for a win. He's a true champion with a good understanding of the game. But, when push comes to shove, D_"wy"ane Wade puts the "W" (the victory; the methods necessary to achieve) before the "Y" (the why; the rational). _Just do it, as they say in the confusingly named Washington County, Oregon. Another clarification article for another day. Also, the order is the same as in "Wyclef", which is something everyone knows.

Mnemonic trick for his nicknames: All of D-Wade's nicknames are self-imposed and stupid. That always helps me remember them. Flash. Three. D-Wade. The inventor of the D-Wade Two-Step (which is technically true; he is the first person to execute a move he calls the D-Wade Two-Step). Just think of the dumbest possible nickname for Wade and he's probably floating it to his PR team at that very instant. Easy to remember, let's move on.
• • •

Player with Difficult Name: This is probably cheating, but legendary Duke coach Mike Krzyzewski was once a player like you or me, and his Polish name is easy to misspell if you lack... polish in your spelling. [Ed. Note: I'm so sorry, readers.] Never fear, the trickster is here!

Actual mnemonic trick: Fine, Aaron, I hate Duke, but there's actually an easy way to spell his name: The key is getting that five-consonant start down (yeah, more like a dissonant [ethered]). You first spell out "Crazy" as in "You Cameron Crazies ruined my day, just by appearing on my screen! Augh!". Then you replace the "C" with a "K" because if you're really krazy, that's what you do. Now, take out the "a", much like Mike Krzyzewski rids his players of their bad attitudes so that they can make it to the NBA for two years before opening a franchise chain of some sort with the money and connections. Now you're left with Mike Krzy. Now... add a z to the end of that. So it's very simple. You should have the first five consonants right, now. Congratulations. It's Mike Crazy- er, Krazy- er, Krzy- er, Mike Krzyz. We're getting closer.

Now - and note that you have only five letters left - the rest is easy. Mike Krzyzewski sure has the craziez. But even he's not crazy enough to ski! Just imagine him trying to water-ski or ski down a mountain. It doesn't make sense on any level other than as some sort of elaborate team-building retreat. And he's not crazy enough not to plan ahead to avoid the possibility of skiing whatsoever.

To the prospect of such skiing, quoth Mike Krzyz: "Ew, ski!" And there it is. You will never forget how to spell Mike Krzyzewski's name, or your money back. That is...if you can find me.

Player with Difficult Name: Phil Jackson was also a player, in addition to being a coach. Because this list is keeping to its original premise perfectly and because we highly value the list format, we will now cover how to remember Phil Jackson's challenging name.

Mnemonic trick: First thing you have to understand is Phil's Jack's son. And Jack's Nichols' son. And John's Nichols, but Bor is Johnson and Bor is Diaw but boric acid rids Phil (Jack's son)'s house of roaches and leaves only coaches, and that's a big reason why he is so successful. And Wyclef Jean comes in at some point.

Once you've got that, it's time to advance to the next stage of the mnemonic. As a coach, Phil Jackson has exactly as many rings as the string "Phil Jackson" has characters. In a mathematical ring, you can add and multiply two characters together to get one character, and multiplication is associative. In this particular ring, "i" is the only logical choice for "1" in this ring and " " is the only logical choice for "0". Evaluating "P*h*i*l* *J*a*c*k*s*o*n" yields 0 because you multiplied everything by 0. Which, as I've mentioned, is just " ". Space. The Triangle Phil (Jack [John Nichols's son]'s son) is so fond of space that in published treatments of the Triangle, Tex Winter often has started with a note about how players should space themselves. The Triangle Offense used space effectively to allow talented and less talented players to get open. The biggest key with this part is that there's a space. "Phil Jackson" is two words with a space to divide them.

As for the rest? Seriously, just sound it out. It's pretty much how it sounds. 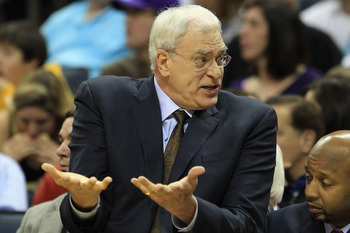