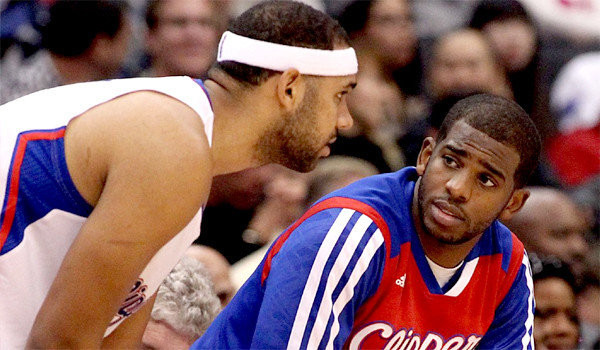 Last week, I wrote a fourth installment of a new feature looking at some statistical quirks and odd happenings over the prior week's action. To me, any time in the first month or two is a good time to be looking at NBA stats. There's not quite enough time for the trends to take on set-in-stone significance, but one can ignore them at their own peril. For just about every absurd statistical quirk that will fade as time goes on, the early season throws a truthful tiding or two to keep you on your toes. So, as an ongoing feature, using statistics from NBAWowy, Basketball Reference, and NBA.com, I'm going to try and take a weekly look at some recent trends of note and take my best stab at determining whether they're fated to fade or a reflection of the new normal. I will also, at the bottom of the post, keep a running tally of the trends I've previously enumerated and their current status. My current plan: three new trends per week, and a weekly enumeration of prior trends. Except for this week, where I'm really busy and only had time to isolate two trends. Sorry, folks!

As things stand, the Clippers are running one of the league's most pinpoint-passing offenses. 63% of their baskets are assisted, and Chris Paul is assisting on 55% of the baskets he's on the floor for. (Chris Paul is incredible.) Someone has to be making those assisted baskets, so it stands to reason that many of the players on the Clippers are being assisted more than they generally are over the course of their careers. And that's largely happening to everyone. Redick is at 88% of his field goals assisted, Blake and DeAndre are both over 70%, and even Jamal Crawford is hovering around 50%. Tons of assists to go around. None, however, are nearly as incredible as Jared Dudley. Dudley has taken 122 shots this season. Of those 122 shots, 121 have been assisted. No, that was not a typo.

In the 2014 season, Jared Dudley has made ONLY A SINGLE BASKET that wasn't assisted. Do you have any idea how ridiculous that is? Shane Battier is known to be the no-stats all-star, the player most likely to give up his personal glory for the good of the team and only take wide open shots off the catch. Shane Battier has been assisted on 85.7% of his shots, and even then, he's only made 28! Dudley has made over 100 shots, and 121 of those were directly off the pass. According to SportVU, Dudley touches the ball for 36 seconds per game. In those 36 seconds, he's scoring 8 points per night. Am I properly conveying how ridiculous this is?

When trying to figure out how strange this was, I realized that our buddy Jared is a special case -- because he's spent the vast majority of the last several seasons playing with Steve Nash, we can compare what he's doing with the Clippers to what he did for the last offense that absolutely murdered the league with pinpoint passing with few excursions. Let's see how much Dudley relied on assists in a Nash offense as compared to a Paul offense.

Oh. Well. OK then. All in all, this is pretty incredible. It probably won't maintain -- with Redick out, Dudley is going to get his number called a lot more. And more playing time inevitably means that Dudley is going to be on the floor for a few more broken possessions, resulting in some freewheeling and a few out-there shots. But it's worth appreciating just how phenomenally weird his made shots have been in the season to date. It's not rare for a player's offense to be mostly a product of a system -- just ask the beloved roleplayers of the recent dynasty Heat. But what we're seeing from Dudley, where the player has effectively become a robot whose only life's aim is to finish shots set up by his team's pinpoint offense? That's pretty weird, especially from a player as good as Dudley used to be. Credit Dudley for accepting this kind of an offensive role, credit Doc for putting him in a position to do it, and credit Paul for being good enough to let it happen.

Credit any, credit all. But make sure you credit someone. This is too ridiculous not to.

We're far enough into the season that one might start to seriously examine the impact that various new additions are having to their teams. Because I'm clearly a masochist, I decided to start with the nigh-unwatchable Charlotte Bobcats. Let's start with offense. With Al Jefferson on the floor, the Bobcats are not a very good offensive team. Shocker! But really: they're shooting 42.5% from the floor with a 27.8% conversion rate from beyond the arc. Let's not cut corners: that's ghastly. Despite their struggles, 63% of their shots are jumpers! Their only saving grace is free throws drawn and free throws made -- they're shooting one free throw for every three shot attempts, which is quite a lot. And, essentially, is saving them from posting a league-worst offense. All in all, their Al Jefferson-centric product is just about the least aesthetically pleasing offensive product they possibly can on the floor, scoring a pedestrian 1.02 PPP in the process. For the idle consideration about how Al Jefferson might revolutionize Charlotte's offense, it looks... untrue, at least to date. Unless something crazy is happening with him off the court. Let's check!

THE BLOOD IS DROWNING ME.

No matter how offensively dismal the Bobcats are with Jefferson on the floor, they're playing quite a bit worse with Big Al off. They're scoring a crazy-low 0.969 PPP with Jefferson off the floor, with the difference primarily due to two factors: their free throw shooting (while they still draw a ton of attempts, without Jefferson in the game, they make fewer of them -- replacing Jefferson's ~70% with Biyombo's 48% is problematic) and their turnovers (which rise when they don't have Jefferson's steadying presence). Funny enough, the Bobcats shoot a tiny bit better with Jefferson off the court and take a marginally more efficient selection of shots. But shooting percentages and shot distribution are only one part of the offensive puzzle. Jefferson's presence doesn't solve all of these problems, as evinced by the still-very-low 1.02 PPP rate they're scoring at with Jefferson in the game, but he drags a god-awful offense kicking and screaming into a not-quite-as-awful offense. It's the little things.

Although Big Al isn't defending all that much better than he ever has in his career, his defense (if you can even call it that) is working well in Charlotte's new context. Players are still making 56% of their at-rim shots against Jefferson, which is pretty bad, but they simply aren't getting there as much as they used to -- Clifford's guards are trying really hard to keep opponents from penetrating, and they're doing a decent job of it. Jefferson's other positive? He's been in foul trouble just once in the season to-date, and keeping from fouling is keeping the bailout calls low. Opposing units are scoring just 0.991 PPP with Jefferson on the floor, which is a good defensive mark by just about any standard. Having a legitimate NBA center in the middle has bolstered Charlotte's defense -- unlike last year, where players would waltz to the rim with impunity against Biyombo and Mullens after 1 or 2 actions within the flow of the offense, guards are finally having a bit of trouble.

One other thing Jefferson is doing that he wasn't necessarily great at before is simple: he's just staying home and focusing on the boards. Instead of jumping out to contest long two pointers, Coach Clifford has him hanging back and leaving men open at 16-20 feet, with the idea being that a virtually uncontested long midrange jumper is a better outcome for Charlotte than risking that Jefferson can't recover on his man. It's a good gamble, and one that's paying off so far in Charlotte's downright excellent rebounding. Even if you're giving up open shots, you can build a solid defense if your big men are gobbling rebounds at the rate Jefferson, Biyombo, and Adrien are grabbing them.

Overall, in the 2014 season to date, the Bobcats have had a net rating of +2.1 points per 100 possessions with Jefferson on the court and a net rating of -6.3 with Jefferson off the court. Some of this seems bound to revert as time goes on -- Jefferson has only played 10 games so far this season, and two of them were blowout victories against the awful Milwaukee Bucks. As Jefferson gets more and more minutes against offenses that aren't strong candidates for the worst offense ever, I imagine his numbers will stabilize and that curiously large gap will close. Still, if the ballots were cast today, Jefferson would probably be Charlotte's most deserving all-star. They're simply playing much better with him on the court, and were he not in town, they'd look more like a dismal lottery team than a low-tier playoff team.

... Which might've been better for the franchise, but that's a debate for another day.

Given that I'm planning on keeping this going all throughout the year, it'd be a bit ridiculous to keep trends on the list the entire year even when they've been irrelevant for weeks. Therefore, I'm going to take trends off the trendspotting ledger once they've been blatantly untrue for two weeks. I'll keep a numbering scheme to remind everyone what post in the series spawned each individual trend, and I'll denote the trends that fell off in each individual week in a small blurb after all the ones we're tracking.

TRENDS THAT FELL OFF: The Nuggets are a bad basketball team (they aren't great, but at WORST they're mediocre -- Shaw has done a great job with these guys so far), Lillard finishing poorly but canning threes at record rates (his numbers have stabilized to a rough facsimile of his rookie year numbers.) Bye, trends!