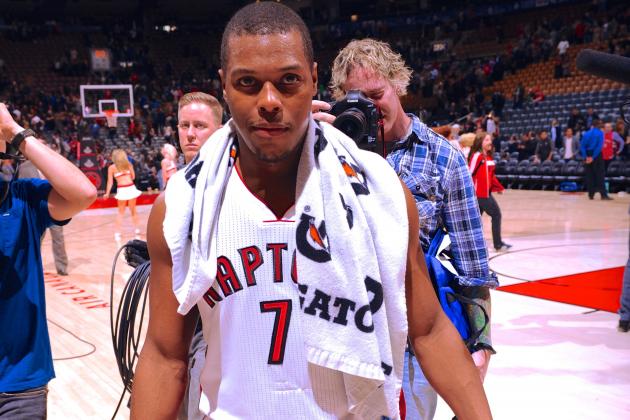 Word broke today that the NFL has finally completed deliberations on the punishment for Ray Rice's offseason arrest over grisly charges that he assaulted his fiancee. The punishment, in total? A two-game suspension, coupled with a $58,000 fine and a recommendation from the NFL to attend counseling. Rice pleaded not guilty to the offense and was accepted into a pretrial intervention program that led the charges to be dropped, so that NFL penalty (in addition to the intervention program) will represent the sum total of Rice's punishment for his outburst. News flash: this isn't rare. Out of morbid curiosity, I've collected information about the last four years of assault or battery charges in the NBA from Google and the NBA Crime Library. Presented with minimal comment, and ordered by date:

Actually, I lied. I said I'd present it without comment, but that doesn't really do it justice. Much of the NBA's twitter community has been devoted to jokes and observations about how horrifying and hypocritical the NFL is for letting Ray Rice get off with a two game suspension while players like Josh Gordon lose a year of their career for something as minor as a marijuana charge. It's true. It's hypocritical, awful, and unbelievably dumb. But a lot of talk has also been made about boycotting the NFL for their hypocrisy, and giving them financial ramifications for their hand-wavy attitude towards the serious issue of assault. My take? Do it. It's justified.

But if we're being honest, you'd be better off boycotting the NBA first.

It's hard to conclude that the NBA is anything if not much worse when it comes to league penalties for non-drug-related criminal behavior. Many of these players actually pleaded guilty without seeing any league penalty. Kyle Lowry pleaded guilty to a misdemeanor battery charge stemming from an actual on-court basketball game -- the league said nothing. Jordan Hill pleaded guilty -- the league said nothing. The rest of these are, for the most part, grisly cases with an abundance of evidence pointing to evidence of guilt. But most of them got off, and not once did the league take even a cursory action. The only two times the NBA players suffered a legitimate on-court penalty were times when the player was an expendable, fringe NBA talent who wasn't worth the hassle. These are all things that happened in the last four years.

And when it comes to former players and public figures, the ledger is just as full. Beloved Grantland contributor Jalen Rose pleaded guilty to a drunk driving charge stemming from an event where he got in a car almost immediately after having six martinis and rolled his Cadillac. He could've killed someone. Idolized general manager R.C. Buford was caught doing the same. Marv Albert is a generally accepted commentator, and one of the leading lights of the business -- hell, he's part of Blake Griffin's endorsement deal with Kia! -- but few people remember the disgusting charges of rape he faced back in the 90s. NBC fired him a few months into the scandal, but quietly re-hired him years later after he'd pleaded guilty to lesser charges and the public furor had died down a bit. He's still calling the NBA Finals, using the same voice he used on the stand when he argued that his assault was "consensual."

We can call this a massive moral failing, because it is. But in broad strokes, this is essentially how society treats these crimes. There's a curious amount of outrage over the NFL's punishment without the necessary realization that -- realistically -- this is one of the few times in the history of criminal justice where a sports league has accomplished the following three things in an assault case:

The NFL is hardly perfect. It would be nice if they levied harsher punishment against Rice, and the juxtaposition between Rice's punishment and Josh Gordon's inexplicable marijuana suspension is comically off-base. But it's hardly more off-base than the actual criminal justice system's differential treatment of those particular crimes, with assault cases regularly falling apart over extremely minor inconsistencies in evidence or intimidation practiced on the part of the defense while marijuana locks up thousands of poor black teenagers on incomprehensible sentences every single year. And it feels slimy to say this, but at least they did something. Two games out of sixteen is equivalent to a 10 game NBA suspension. That's not sufficient, but it's not nothing. I don't generally endorse giving gold stars for minimal effort, but in this case, it might actually be deserved. Especially compared to the NBA's horrendous record of response on these kinds of cases.

Boycotts are fine. They rarely work, but they're a good way to take action on moral stances and provide heft to your arguments. I rarely watch the NFL anymore, as I have trouble mentally justifying it given their laissez-faire attitude towards concussions and their former players. But if NBA fans are going to boycott the NFL for their treatment of the Rice case, they should probably start off by storming the NBA's league office in New York and demanding answers on the NBA's pitiful track record. And given the widespread love and adoration for some of these players -- Lowry, Stephenson, and Hill in particular -- many might want to rethink the way they approach fandom as a whole. It's easy to pick holes in sports you don't love, but it's much harder to honestly address very real moral failings in the sport you hold dearest. And it's even harder to come to terms with the fact that the players we hold up as totems to virtue and aesthetics are real human beings with real human flaws.