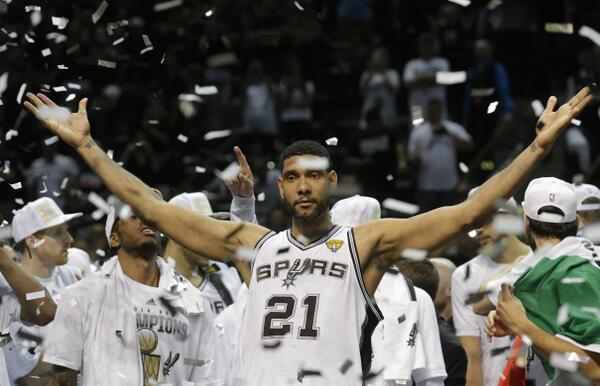 Everything can be summarized if you strip it down to the bare essentials. The most complex abstractions of human thought can become clever witticisms to the eyes of babes and monks. There's always some way to boil an idea down to the fundamentals and break thoughts up into coherent, tiny pieces. Or so I thought. Then Tim Duncan retired, and I realized just how much gets lost in translation when you break it all down. The numbers alone are huge, towering monoliths over the city of San Antonio and the history of the NBA.

One number above all, obviously: 21, the retiring legend. How do you summarize a phenomenon like Duncan? I was six years old when Tim Duncan was drafted. Everything I know about the pre-Duncan era I picked up through histories and frenzied watchings of classic games in the wee hours of my college days. I'm not a historian, like the great Curtis Harris. I can't put his career into some grand context of future and the past. Frankly, I'm not entirely ready to consider it the past yet.

I'm going to try and break his down, in decreasingly lengthy prose. I'll try not to break down myself.

Before Duncan came to the Spurs, their team history was fundamentally indistinguishable from the Denver Nuggets. Both teams had NBA/ABA conference finals appearances (70/78/85 for Denver, 79/82/83/95 for the Spurs), a handful of Hall of Famers (David Robinson, Alex English, Dan Issel, George Gervin, Dikembe Mutombo), and a few really bad seasons. It's worth noting that being the 1996 Denver Nuggets franchise, in a vacuum, wasn't bad. But it wasn't the kind of league-changing superpower the Spurs are now. Tim Duncan changed the Spurs. Before him, they were one of the league's few remaining ABA throwbacks, a solid team with no championship pedigree or influential history.

Now, of course, they're legends. San Antonio is a town full of soul, a more buttoned up Austin with military history and the best Mexican food in the world. San Antonio didn't need Duncan to be a memorable place -- I'll always remember the Alamo, Santa Anna, William Bowie. (Those burritos, too. Oh my GOD.) But it was Tim Duncan who put the city on the map as a basketball powerhouse. It was Tim Duncan who took the silver and black from David Robinson and turned it into a palette to be feared; an obstacle that had to be overcome. And, yes, many overcame the Spurs -- Kobe and Shaq did it a few times. Dirk and LeBron did too. Even Stockton and Malone had to get past them. Duncan's Spurs were a two-decades long boss fight in a video game -- you may not like them, you might not want to see them win, but you always had to face them. And, begrudgingly, you had to respect them.

It wasn't just the accolades, achievements, or triumphs. The Spurs weren't just defined by their victories. Duncan's Spurs were also defined by losses, and more specifically, how they'd respond to them. Everyone's always said that Duncan didn't show emotion on the court, and that was more true than ever in losses. He may have bitched about foul calls and made a joke here or there. In the end, though? If you beat Tim Duncan you'd get a firm handshake, a hug, and a compliment on your play. No controversy, no whining. When Ray Allen made the shot of a lifetime in 2013 and snatched a title from Tim Duncan's fingers, the Spurs didn't grouse or pick nits at missed calls. They held a press conference, played their hearts out in game 7, and accepted the loss as only they could. Class in victory, defeat, and everywhere in between. That's how Tim Duncan's Spurs operated. And that's why they were the class of the league. 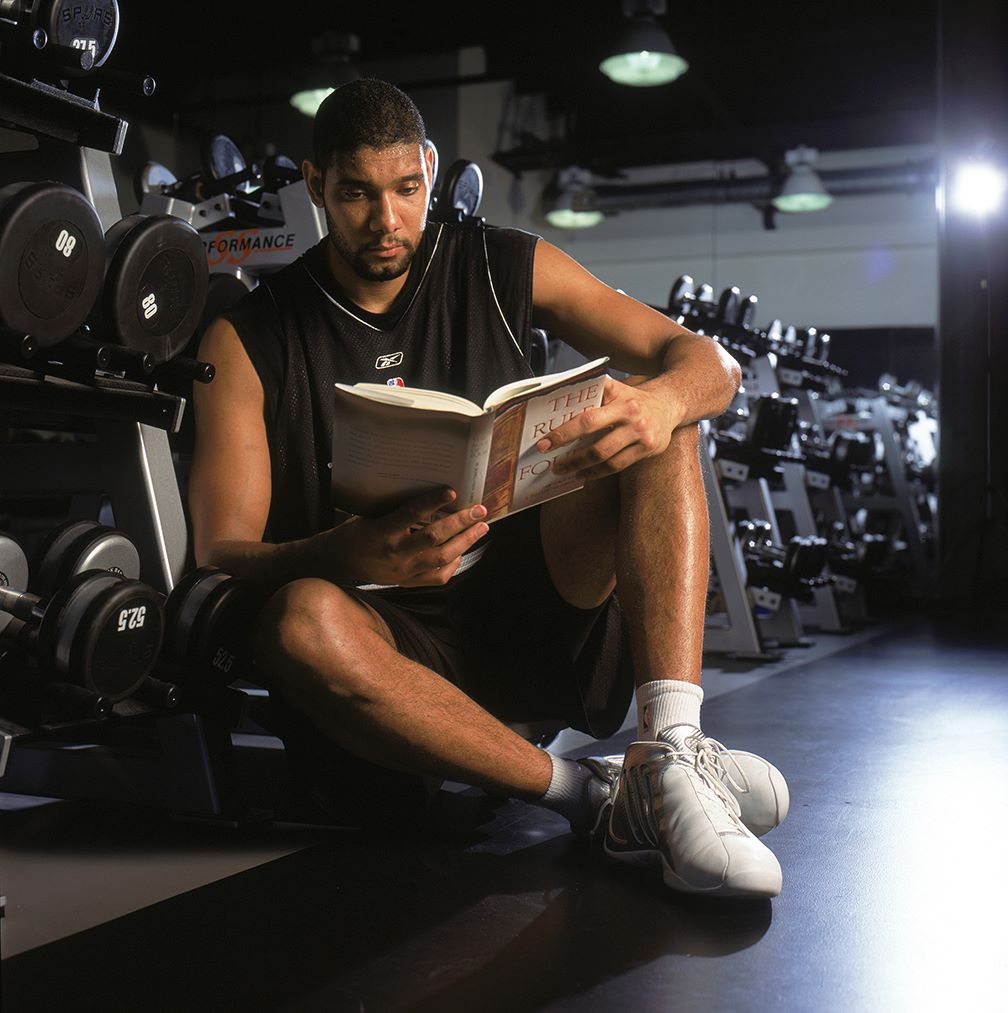 Confession: I'm a massive nerd. Always have been. Elementary school gym class was hell. Until, by chance, I happened on an issue of Sports Illustrated for Kids. It had some fun facts about Duncan and Robinson, two players everyone at recess respected but nobody wanted to be. The best fact: Tim Duncan liked to play Dungeons and Dragons. The man was an NBA superstar who wanted his league nickname to be "Merlin."

How ridiculous is that? Tim Duncan isn't my favorite player because he won a bunch of games or scored a lot of points or blocked a lot of shots. Tim Duncan is my favorite player because he helped a little kid named Aaron believe in his worth through schoolyard pranks. It's difficult to explain how validating it was to see someone as successful as Duncan revealed to be a huge nerd.

To me, Tim Duncan made it OK to be a huge nerd. After all, that cutthroat nerd dominated a league of jocks and forced them to respect him. He never had to put on a mask or pretend he was something he wasn't. He could just be Tim Duncan: the league's biggest nerd, and this decade's tallest champion.

Tim Duncan was my favorite player ever, easily among the best ever.

The NBA will never be the same without him.