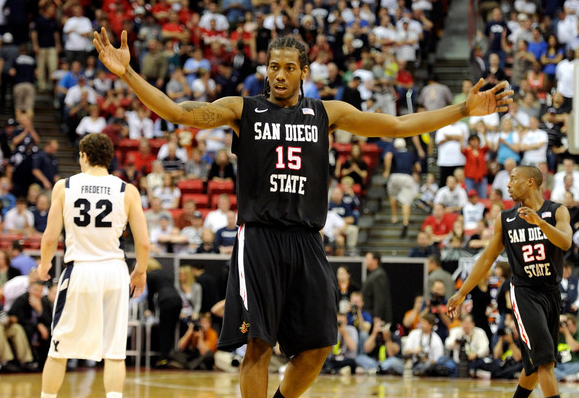 O vanity! you are the lever by means of which Archimedes wished to lift the earth!

I have a series of divisional previews coming down the pipe later this week -- rather simple stuff, a nice three-point summary of each team meant to be a pre-free-agency preview of where each team stands after last season and the draft. But this is my blog, and I feel as though being the editor allots me the creative freedom to write my own odd vanity pieces. So, on that note, here are some freeform thoughts on Kawhi Leonard.

Before the draft, before the Pacers trade, and before the lottery in general I had two simple preferences in the draft. First was that Kyrie Irving would go to a team I liked. I went to Duke, I met him once, and I think he's going to project out as one of the 5 best point guards in the league. The fact that he went to the Cavs made me incredibly happy about my birth team, and made the abhorrent 2011 season all the more tolerable in retrospect. But Kyrie isn't the hero of this class for me -- he's a great point guard, a decent guy, and will probably be the best player drafted this year. But he's not quite my favorite, nor is he the impetus for this post. The player I was most interested in seeing, and the player I most wanted to land on a team that fits his talents? That's Kawhi Leonard. Not because he'll be the best player in the draft, though it's entirely possible he will be. And not because he's a sure thing, because he certainly isn't. But Kawhi is, if nothing else, the most interesting player in the 2011 draft.

It all starts with his game. Kawhi represents something of an intersection between Gerald Wallace and the fountain of youth, basketball-wise. His game brings me the electric rush I get watching an older and wiser Gerald, grounded in a younger, more durable frame. The leaping athleticism I love watching in Gerald's game is there, but in Kawhi's game it's completely unhinged from Gerald's creeping tendency to dial his pure athletic plays back a slight bit -- Gerald knows he's pushing 30, and he knows he needs to keep from killing himself just to make the super athletic move when he can do an efficient but not exactly as effective move that keeps him from injury. It isn't the raw and brute strength of a Blake Griffin athlete, but the fluid and intense strength of a thinner Usain Bolt type, or a pole vaulting demon. Kawhi Leonard's college game embodied a visceral excitement that's hard to explain if you weren't watching. Watching him play was like watching pickup games where the most athletically gifted player on the floor also happened to be the hardest worker on both ends of the court. That's Gerald Wallace at his best, and that's Kawhi Leonard in college. 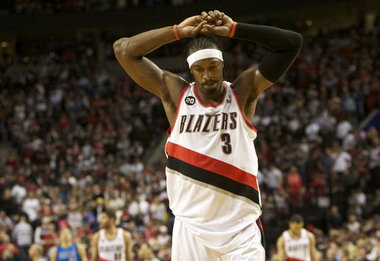 And the defense, well -- Kawhi's wingspan is absolutely insane, in the best way. And his hands are huge. He's built for defense. He made great use of his talents in college, bringing the Wallace comparison full circle. He plays defense akin to a man on death row who has to fight for his right to live, or even just to have his last meal. Thirsty for deflections, plays his man tight, and has a great sense of how to read an opposing offense. His play on the defensive end reminds me of John Wall's fleeting brilliance on offense -- when he gets on a roll when he's covering his man, he's efficient, effective, exhaustive. You simply weren't going to find a college player on the planet who could consistently score on him when he was on. Not one. I don't know if he'll be able to play quite as effectively on defense as he did in college, at least initially -- the game is different in the NBA, and the players are faster, stronger, and smarter. There will be an adjustment. But just like his offense and general attitude electrifies all comers with athleticism in spades and grit to spare, his defense as he presented it in college is my jam. It's everything you love to see in a player. And with his athletic gifts, he should the ability to bring it to the next level. In some form or another.

And this brings us to my Spurs. You know. The "boring" team.

Never mind that Duncan on defense has always been one of the most beautiful things the league has to offer. The defensive structure of the Spurs as a whole, really, but Duncan especially: Tim's defense has always inhabited a brave world oscillating between the bounds of reactive and impressionistic fluidity on one end to a prescriptive and predictive rigidity on the other. Duncan's defense has always been equal parts shutting down what the offense gives him and preventing the offense from giving him anything he can't handle in the first place, through reputation and savvy alone. But that's just Duncan. Don't forget Bruce Bowen, the title-winning mainstay with the peculiar, exacting defensive identity of a brutish tax-man come to extract a dime. And then Manu, who sees the bounds of the dichotomy I posited for Duncan and laughs in its face as he takes his wild gambles and wrecks his singular havoc (the likes of which no minuscule white euro-ball player has made before). Or Pop himself, he who molds the ever-flowing stream of feckless roleplayers into system-strong cadets, sent off to boldly go where every single Spurs defense of the modern era has gone before. That's what the Spurs have been, for the last decade.

The Spurs defense is a thing of beauty, for anyone willing to really watch the defense. Immerse oneself in it. Great defense in its construction can be just as beautiful as Steve Nash with his adaptive offensive mastery, or George Gervin with his ice-cool demeanor atop his red-hot shot. The way a defense adapts to an offense will always be an incredible thing to watch. If one looks for it. But the Spurs aren't like the bad-boy Pistons or the knockdown Celtics. They aren't based on a certain segment of the court, or a certain type of defense. And they aren't based around a defensive "personality." The Spurs, if anything, are based somewhat around the Duncan-centric concept that you can completely separate your team from the personalities of the players. That a team explicitly attempting to operate without a visible identity can be just as effective operating in the absence of an identity than a team operating with one. That simply being a team that works hard and combines most efficiently the incomparable talents of a myriad of once-in-a-lifetime steals can dare to outmaneuver the most loaded media-obsessive teams that Los Angeles, Boston, and New York have to offer. Not an identity, not a personality, but simply working towards a goal. A goal that you'd like the entire league to think is inevitable -- "oh, gosh, not another Spurs championship." But a goal is not an identity -- it's a different beast entirely.

Enter Kawhi Leonard. The opposite of a preening star, Kawhi hasn't yet been one for theatrics. In timeouts, and off the court, Kawhi is far more Tim Duncan than anyone else, approaching the game with a quiet strength that any Spurs fan can respect. But it's his game that really could bring us back. His defense could, once it adapts, do much to make up for Duncan's declining grasp of the impressionistic. A lineup of Parker-Manu-Leonard-Duncan-Blair could very well turn defensive basketball on its head, in the same way the Heat define this generation's current definition of the optimal defensive team. If Kawhi's defensive chops are as formidable as they looked in college, of course. The young rook has the potential to jumpstart a movement with the end goal of taking the Spurs back away from the drifting tides of 2009's disappointment, 2010's flicker, and 2011's all-too-early denouement. Away from our "grandfatherly old Spurs" team of recent years and back to the culture we had in our title teams. You know, defined by Tim Duncan's humble roboticism and our utter lack of an identity.

But that's the key. Kawhi represents something new, for the Spurs -- but he's new only by calling out to the old. The first rookie with real star-tier potential since Manu Ginobili laced up. I strongly consider the post-2006 Gerald Wallace a star -- Kawhi's ceiling is just above that. He represents the first real attempt to move forward from the Duncan era, and the first step forward. But in picking up Kawhi, I'm not afraid of the change. I'm excited. Truly. Because of any team in the league, it's just like the Spurs to do it like this. It's just like Buford to pick up a player who brings the Spurs forward by taking the Spurs back. A player whose defensive identity fills in the cracks that Tim's gradually declining defensive game is losing. A player who, at his best, would herald a return to the baroque defensive stylings of the prime Duncan years.

I reiterate -- a player like Kawhi may not be the greatest player in his draft class, but he's the most interesting. The defense is without compare, and with a coach like Pop to mold it, the potential is through the roof. And his rebounding, his athleticism. There's so many questions, and so much to look forward to. I don't know if Kawhi Leonard will do all this by himself. He may be a bust -- perhaps his athleticism fails him, perhaps he's too thin, perhaps his advanced post game won't make up for his lacking shot. But perhaps my intuition is right, and the Spurs rebuild is about to begin on-the-fly. And the evolutionary Gerald Wallace could very well be just the player we needed to bypass the doldrums entirely.

The season starts on Christmas, folks. And I can barely wait. 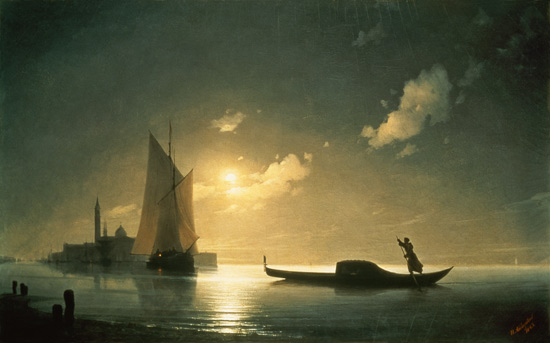