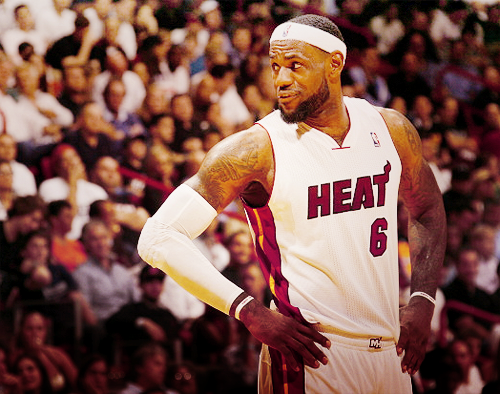 As part of a oddly connected three part Gothic Ginobili set of Jordan-related posts, we present the opening salvo; a muse on Jordan's greatness by Alex Arnon, one of our newest contributors. Alex is a New York Knicks fan living in Vegas. He's an excellent writer and a better person. Go follow him on twitter at @alex_arnon. Then come back to read this post, because it's a good one.

It's been not but a few hours since LeBron James and the Heat had their nine-game winning streak broken. Already the media, bloggissists, and basketball Twitterati are beating the drum of their favorite narrative – you know, the one that says LeBron James just isn’t “clutch”. Never mind that no one can truly define clutch or when it occurs (last quarter? last minute? last 24 seconds?), people just know it when they see it – and they see that it’s a trait LeBron just doesn’t have. But what people don’t seem to see, and perhaps don’t want to see, is that it might not be not LeBron’s fault that we don’t think he’s clutch. Maybe it’s ours.

Few will disagree that Michael Jordan was the greatest basketball player of all time. The aspiring basketball players of this generation - almost without exception - pretended to be MJ making a championship-winning buzzer beater while growing up. With all his undeniable talent and constant branding, Jordan has become our archetypical basketball superstar – if you want to be the best basketball player, you want to be Like Mike, and naturally the two best players to come after Jordan have endured constant comparisons to Jordan. Kobe Bryant has reveled in the Jordan comparisons, basically becoming MJ 2.0 (or 0.8 depending on how you want to look at it). And ever since LeBron was deemed The Chosen One in high school, we threw the same exact expectations onto LeBron’s logic-defying shoulders.

But who were we to decide LeBron's fate? The same thing that made Michael Jordan MJ makes Kobe the Black Mamba - this ceaseless, maniacal, and almost sociopathic drive to be the very best by any means possible. And in this rush to proclaim LeBron James the next Michael Jordan, we all just kind of assumed LeBron had the same killer instinct without stopping to think that maybe, just maybe, not everybody wants to be (or should be) Like Mike. What if LeBron doesn’t? Should we hold it against him? As someone who has held a grudge since the day of “The Decision,” I can finally say no. Yes, I felt let down and maybe even a bit betrayed by his unprecedented choice not to become the alpha dog, but a part of a trio of stars. But now that we can think about it rationally with hindsight, isn’t it all a bit selfish of us to feel let down by LeBron's choice?

I’ve honestly begun feeling a bit sorry for LeBron recently. Yes, it seems a bit odd to feel sorry for a multi-millionaire athlete getting paid just to play the sport he loves and be famous, but at the end of the day LeBron is human just like any one of us. He has the same emotions we do and it’s why he deliberately made himself the villain of last year’s NBA season. Look: he'd spent his whole career trying to fit in and be who we wanted him to be and not who he truly was. The result was a cognitive dissonance that goes a long way to explaining that unsettling “at the end of the day, they have to wake up tomorrow and have the same life that they had before they woke up today” quote after the Finals. I think LeBron was just tired of being forced into the mold we had created for him, tired of being a square peg constantly rammed into a circular hole. LeBron truly didn’t want to be the bad guy or finisher but saw our collective expectations for him to be the killer and not the facilitator, and tried to act like it. But in this -- as so often when someone tries so hard to be something they’re not -- LeBron failed miserably.

Consider that LeBron is the first superstar of what is starting to be recognized as the AAU generation – instead of only meeting against the best players in their county/regional/state finals, the AAU organization allows for the best players from each region to form a super-team that can compete nationally, something MJ and Kobe never had the liberty of doing. And perhaps LeBron still carries this mindset: Maybe he doesn’t want to destroy the other superstars as Michael and Kobe did growing up so much as team up with them to play basketball for fun just as he did as a teenager. When you watch the documentary about his early playing career, More Than A Game, it’s hard not to be awestruck by just how happy LeBron looks to be surrounded by – and winning with – his friends. That’s not to say that LeBron doesn’t care about winning championships and being the best player that ever was, but those two things take a back seat to just enjoying himself and being the best teammate he can possibly be. It’s only natural that it was a difficult transformation for him to go from a team-oriented, fun-first guy to the selfish expectations of a post-MJ superstar-centric 2003 NBA dominated by guys like Allen Iverson, Tracy McGrady, and Kobe Bryant. 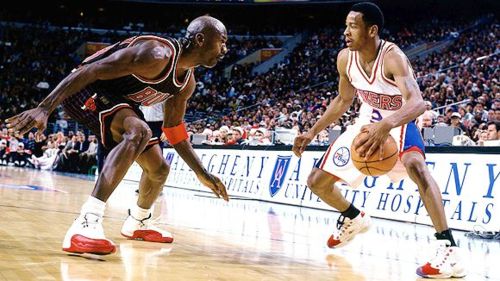 By all accounts, this is the season that LeBron has finally started maturing off the court and it seems to have fundamentally changed his personality – or else he’s showing us his real one from his high school days. He realizes that he’s not truly the villain. He realizes that “The Decision” wasn’t the best PR move. He's starting to have more fun during the post-game festivities. He says things like, “I’ve gotten away from the ‘hate’ stuff. I played with that last year and it wasn’t me.” That sounds like acceptance. LeBron is finally understanding that he doesn’t have to be the reincarnation of Michael Jordan or Magic Johnson, but the first iteration (and most likely the last) of LeBron James. With that understanding comes a weight off of his chest - in his mind, he no longer has to match the feats of anyone else but only has to enjoy himself on the court. And to enjoy himself, he’s not going to be the guy taking the buzzer beater.

Not that LeBron is egregiously lacking at the buzzer-beater. In fact, as the folks at Liberty Ballers showed in their excellent recent piece, LeBron is actually more clutch than Kobe in 7 out of the 8 different types of clutchness they measured. But I think a lot of the narrative discord comes from the fact that Kobe’s clutch shots are simply much better looking than LeBron’s, leaving a much better impression. By and large Kobe’s game winners are artistic jump shots that swish right into the net as time expires, creating a perfect highlight clip to be shown incessantly on SportsCenter the next day. On ther other hand, LeBron usually opts against taking jump shots and instead barrels down the lane, hoping to either create enough contact to get sent to the line or get enough space past his man to lay it in with a few seconds on the clock. It's not to say that LeBron is incapable of making the jump shots (game 2 of the 2009 ECF comes to mind), but that the majority of his clutch shots aren’t pretty jumpers like Kobe. If you were to ask basketball fans about the clutchest shot in NBA history, you’d most likely get one of the famous Michael Jordan buzzer-beaters – all of which are jump shots that look just like Kobe’s. Kobe’s shots, while no more or less clutch than LeBron’s, simply better fit our preconceived notion of what a clutch shot looks like. This is by Kobe's design.

LeBron doesn't actually lack clutch, but it feels wrong in the shadow of MJ for him to let his clutchness hinge on Udonis Haslem hitting a 50% midrange shot. It's feels wrong (for even less reason, considering Kobe's struggles in the clutch) that LeBron expects his coach to draw up a play that plays to the strengths and skillsets of his players, and defers to that play accordingly. But in a larger sense - to hear him explain it - “It’s just the way I’ve always played the game.” To LeBron, that moment isn’t about being clutch or unclutch, it is about just playing the game of basketball the way he likes to play it – getting teammates involved and having fun. As he said on February 25, “I’m back to just loving the game and playing at a high level, playing for my teammates and letting my game speak.” When’s the last time you ever heard Kobe or Michael say that?

So when you turn on ESPN or read the paper or visit your favorite blog today and hear that incessant clangor about how LeBron James isn't clutch in a game where he went 8/9 from the field in the 4th quarter, realize that it just isn’t true. It’s not that he isn’t clutch. He is. It’s that he doesn’t want to be clutch unless he has to be, something we never realized was possible after being conditioned by MJ into thinking making the last shot is what makes a player great. In the shadow of Jordan, we came to expect all our stars to be like Mike, complete with ice cold veins and a fierce competiveness. These were the expectations for LeBron, but now he’s become his own type of player – a player that can completely dominate a game, but wants just as much to get his teammates involved to have some fun.

And after a generation of “me-first, gotta get mine” superstars, maybe that’s not such a bad thing after all. 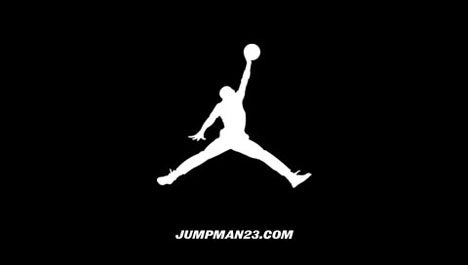