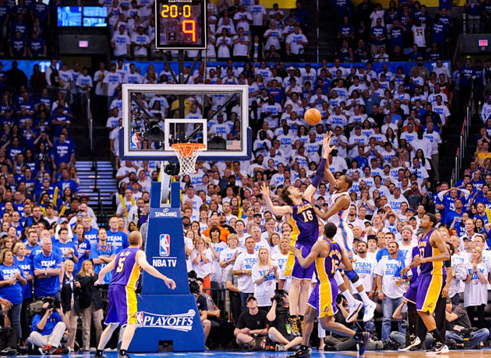 Narratives are a powerful thing. For whatever reason, that seems to be a controversial statement, particularly in NBA blogging circles. Stats are king, you see. My kingdom for the purity of the game. Efficiency, ball-sharing, teamwork. But like it or not? The narrative -- lacking in substance though it may be -- is important. It’s the truth. Sports are entertainment, at least as a commodity. Professional athletes are for most of us as unknowable and inscrutable as a famous actor or politician. They’re caricatures, into which we plug the stories we’ve heard, the way they act on the court, and the individual components of their game. At times we project upon them our own personalities, our own flaws and sympathies, our own feelings on what’s important to the game, and in life.

But for the most part, willing consumers of mainstream sports narratives or not, we balk at the notion. Nobody likes to think they’ve been sold a false bill of goods or given the answers to the riddle; that anyone but themselves can play them for a fool when they’re wrong, or that anyone needed to tell them what’s what when they’re right. I’m admittedly one of the self-righteous; I laugh at preposterous headlines questioning LeBron’s mental toughness, or extolling the killer instinct of Kobe Bryant. I try to contextualize, to take what is valuable and make fun of the fluff. When I see Westbrook executing the offense for Oklahoma City, exploiting a consistent mismatch and lack of rotation adjustment for easy points like in Game 1, I don’t question why he isn’t giving up those looks to force the ball over to a tightly defended Kevin Durant. When I see LeBron pass in the final seconds to a wide-open Haslem, who misses a 10 foot jumper that is unquestionably his shot, I understand that this was the right basketball play, that clutch performances don’t have to come from heart-stopping isolation fadeaways.

Yet as I watched the Lakers pound the ball inside and finally exploit their frontcourt advantage, while the Thunder offense seemed to collapse in a way it hasn’t done in some time, I found myself cringing. No, I wasn’t cringing because my team was getting beat, I was cringing because I felt a growing urge to acknowledge how little Kevin Durant seemed to be doing about it. He had been quietly scoring in his usual fashion, if a little less so than usual, but time after time I watched him receive or create excellent looks for himself, only to pass off to an inferior offensive teammate for an equivalent look. This was a legitimate basketball complaint, this was my favorite player in the NBA not executing his greatest skill to the extent he could’ve in a game where he increasingly needed to. I’ve never been especially shy about critiquing or acknowledging legitimate points of concern with my favorite players and team. But this was different. In my gut it seemed wrong, and I felt a profound sense of disappointment in openly acknowledging to myself and no one in particular the ugly, made-for-TV truth: Durant needed to take more shots. He did. I even tweeted it, for God's sake. _I never use twitter!_ EVER!

... Anyway. Durant absolutely needed to shoot the ball more. He needed to use offensive possessions himself rather than creating positionally equivalent yet statistically inferior ones for teammates. And when he finally seemed to engage offensively in the final seconds of the game, securing yet another clutch Kevin Durant performance, it felt, if only for a brief second, hollow. By Game 3 it’s likely I will have forgotten this uncomfortable feeling, but there it is. Why though? It wasn’t because I felt the Thunder didn’t earn it. A win is a win however you get it. A gritty well-executed comeback is as impressive as holding onto a comfortable lead. No, this was about Durant, a player who by all statistical measures had an excellent night and a dominant crunch-time performance capped off by a commercial-worthy game-winning shot. So after being given all that, all those objective merits to extol and a Game 2 victory for my team, what reason could I possibly have to be disgruntled? 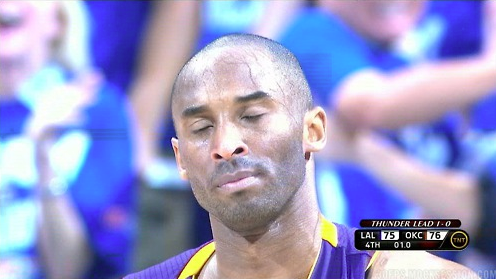 Because narratives are important, and it’s more apparent to me here than ever.

Narratives are powerful not only by virtue of the ways they shape our perceptions of athletes, but also in the ways we can balk at them. How many NBA fans have you met who’ve embraced the Miami Heat this season, because they feel sorry for LeBron James and Dwyane Wade, because they feel its unfair the pressure they were put under and the impossible expectations and criticisms ESPN headlines would level at them night after night? I know quite a few. You wouldn’t put “Miami Heat” and “underdog” in the same sentence, but that’s the contrarian narrative that has developed in many circles. Let’s get more intimate; how many people do you know that characterize Michael Jordan as an “asshole”, or a “reprehensible human being”, adding it almost as a mandatory footnote to concessions of his greatness? I’d put good odds on more than a couple. But I’m willing to put even better odds on the likelihood that none of those people have ever so much as met the man.

We're so willing to buy into narratives because they’re part of what makes following professional sports interesting. We develop our own if we find the commercialized ones distasteful, and we experience reactionary cognitive dissonance when our own narratives fall flat. I “know” Kevin Durant, insofar as I can. I know that he’s primarily a passive source of offensive efficiency, quietly plugging away for much of games, somehow ending the game with 30-35 points that you can’t seem to remember more than one or two of. I “know” that because of this he must always want to make the right play, and only rises to the occasion and takes “the big shot” reluctantly. It’s what makes those moments so satisfying in a way Kobe’s no longer are; an individual playing his game as well as he can for 4 quarters and yet is required by the basketball gods and a seemingly insurmountable opponent to make one final play, to cap it all off and secure his immortality. That’s the stuff that makes narratives, personal or commercial.

That’s why we find it hard to become excited about a recent Kobe game-winning shot when they are so often preceded by 30+ ppg, earned by an atrocious shooting night and unwillingness to adapt or distribute that borders on masochistic. As much as we know Kobe can be better, should be better, the moment feels unearned, consolatory. For the narrative, there is little glamor in good clean-up work. And it’s for this reason I felt so uncomfortable, as I watched Durant throughout Game 2, and even as I fist-pumped and cheered and reveled in his sudden dominance when it counted, as Kid Clutch emerged and another highlight was recorded in my mental checklist of Durant moments. Because my interpretation of Durant is not my interpretation of Kobe; they sit upon opposite ends of the spectrum, one defined by an individualized and personal perception of their personalities, motives, and games. Durant is the reluctant young hero who nevertheless will rise to the occasion, Kobe is the old guy who hasn’t noticed the world has moved on and he isn’t what he once was.

Neither of these characterizations necessarily have any basis in reality whatsoever. But even being cognizant of that, they affect how I watch the game, affect my feelings on its outcome and on those players’ performances. And we all have them, not just for athletes, but for nearly everyone we encounter, whether we acknowledge it or not. When I look back on my checklist of great Kevin Durant moments, I likely won’t remember that for large stretches of Game 2 the Thunder offense completely fell apart as he watched, stony and impassive. I’ll go back and look at the statline, and I won’t remember all the looks he passed on, passes which resulted in bricked Nazr Mohammed and Kendrick Perkins jumpers. I’ll remember the steal, the dunk, the game-winner, I’ll probably even remember the free-throw, and his sheepish admission that it was a “bone-head move,” an error that in light of the outcome and context adds a favorable touch of humanity. I’ll look at the statline and see the usual efficiency, and most importantly, I’ll see the W in the column and that will be the end of it.

But for the moment, as I experienced the entertainment of basketball, as I watched it happen, I felt the very real tug of cognitive dissonance, the discomfort in my gut as I watched a quietly visible reminder that narratives, for as as deeply as they root themselves in our perceptions, are nothing more than constructs. They’re artificial meanings we embrace every day, that provide meaning and significance to what is, ultimately, just a game being played by exceptional human beings who most viewers and fans will never meet or know. And that’s okay. Because we love meaning, we love rooting for somebody, we love believing in stories, in heroes and villains, in the thrill of the comeback and the drama of the loss. We whoop and holler, curse and cheer, and yell our voices hoarse. Because even if it doesn’t mean anything in the grand scheme of things, it means an awful lot to us. 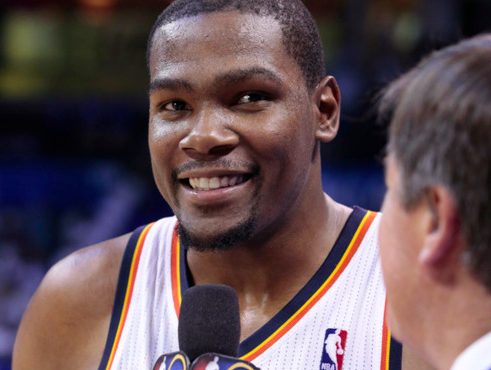