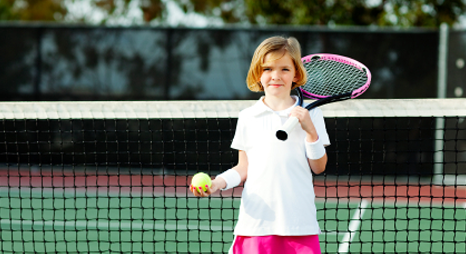 Wow. What do you even write about what Team USA did to Nigerian basketball last night? Do you start with addressing Carmelo's 37 points in 14 minutes? Do you talk about all the threes? The 80+ point margin of victory? There's very little of substance to be said about the obliteration that took place on the London hardwood last night.

Oh sure, there's already plenty of talk about sportsmanship, or about whether Team USA should be considered bullies, or that this might be a strong argument for the implementation of an under-23 rule. This talk will continue as the tournament goes on, even though these discussions are well played out, just like the talk continued and the played itself out before in 1992, as The Dream Team rattled off their campaign of dominant performances bordering on mockery. I have no doubt that better, and more interested writers than myself likely have much to say about these topics, and how this game does or doesn't play into the grand narrative of something or another.

So I'm just going to talk about tennis instead.

To my best estimate, I played tennis for around seven years, probably until I was about 14 or so years old. I don't remember anything about it. I don't remember how the scoring works, don't remember many of the rules, and if you handed me a tennis racket asking me to go a round, I wouldn't really know what to do with it. As you can probably infer, I was not an exceptional tennis player. For all my lessons and matches, I never felt that I tangibly improved past the basics of the game, and I lost nearly ever single match I ever competed in, usually by a large margin. Yet I pressed on, largely because I had to participate in some sort of athletic activity and had resigned myself to the notion that tennis failure was simply my lot in that particular span of my young-and-unathletic life. Not a lot stands out when I look back on my years of tennis. Much of it is blur of frustration, sweat, interminable heat, and a coach who was so relentlessly cheery in the face of my failure that it started to seem almost insulting. I don't even remember most of my matches, as short and deflating as they often were. But I do have one vivid tennis memory, the tone of which seemed to more or less sum up my court career. 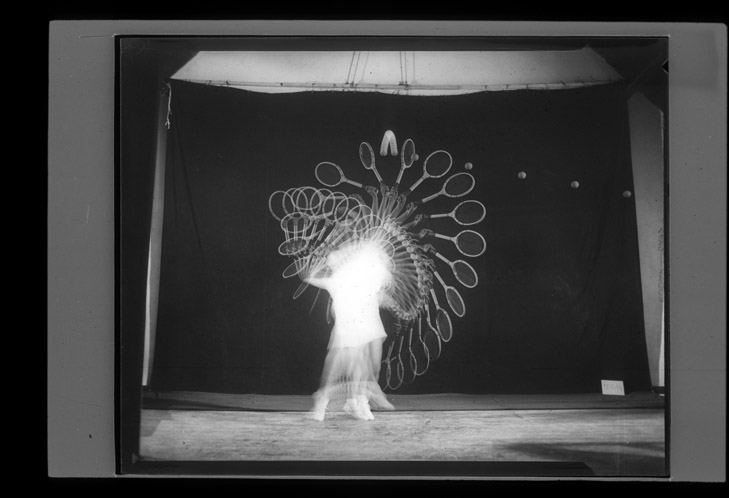 I had a competitive match against an opponent from another country club across town, and when I got dropped off, a little lost in a strange building and slow to find my way to the tennis courts, I was informed her parents hadn't brought her yet.

“Her?” I thought, with the kind of mixed hesitation that comes with receiving news that can't be divined as either good or bad. The youth tennis matches were co-ed, so it wasn't unusual for guys to play girls, mixed doubles, that sort of thing. But now, for someone whose pre-match temperament had acclimated to a sort of resigned defeat, a general mood of “let's just get this over with?” There was real fear. How old was this girl? Was she my age? What if I lose to a girl? Sure it happens all the time, I know a lot of girls good at tennis. But what if I lose to a girl? The internal dialogue rolled on, as I grew more and more nervous waiting. My 14-year old self figured the realistic best-case scenario would be that it would be a girl around my age, she would be athletic and talented, and I could take some pride in her whipping my butt and putting me away quickly. You would think the best-case scenario would be that I would beat her, but again, such was the broken state of my tennis confidence. In my mind, the most ideal scenario would be being beaten by a good opponent, girl or not, and there would be no shame in that. I might even seem downright progressive in my gracious defeat!

Just then, my opponent's mother's SUV pulled into the parking lot, and she stepped out. The mother, I mean. My opponent couldn't step out, not on her own anyway. Being what appeared to be a little girl not a year older than 9, she required assistance out of her seat and onto the ground. Her mother carried her bag and racket for her as she led her to the courts, Angelo Dundee in Nike shorts and a tank top. Both of them looked serious. This was not good.

Indeed, this was the worst case scenario. What does an almost comically untalented underachieving failure of a tennis player do in this situation? If I beat her, I have to own up that one of the few W's in my column was against an elementary schoolgirl only barely bigger than my racket. If I throw the game, it's an L to a little girl, and knowing that I threw the game. And then there was the worst possibility. What if I go out there and I compete and I give it my all, and she crushes me? What if I'm destroyed in humiliating fashion in front of adults, coaches, and other little kids? What if I have to acknowledge to the rest of the world that I wasn't even able to outplay a little girl, nearly small enough to fit in my backpack?

Since this is a basketball blog, and this is an Outlet piece regarding the USA/Nigeria game, you probably already figured out how things went once we took the court. My fears of proper etiquette turned out to be simply wishful thinking, as I was run ragged, broken, and cast aside by this girl. I don't remember the score, but if you asked me to guess I'd be willing to wager I didn't score a single point. I felt helpless at the mercy of her dominance. As she whizzed all over the court, inordinately coordinated with a racket it really seemed like she should have had difficulty swinging, I found myself questioning my faith. Was this God's punishment for a sinful world? How can I believe in a loving God when this is happening to me? Is there any joy in the world at all? Will someone test her for baby steroids? Please don't let there be anyone watching.

And just as soon as it began, it was over. I lost in resounding, dizzying fashion, and had to shake her hand at midcourt, smiling gamely as internally I combated the feeling of wanting to strike a small child for the first, and only, time in my life. She simply grimaced up at me, mean-mugging like Kendrick Perkins, squeezing my hand the hardest her little hands could squeeze, presumably trying to grind what was left of my spirit into dust. I left the court, and to the best of my recollection, that was the last time I ever played tennis. The all-encompassing nature of my failure at the sport, and the absolute degree of competitive humiliation was such that I saw no reason to press on.

The point of this story is to say that I don't regret it one bit. I was really terrible at tennis, and at some point you just have to face that there are things you are good at, and there are things you are not that good at. There are things you may be relatively good at, but ultimately quite bad at when faced with stiffer competition. Anyone who has ever played or been decent at any sport knows the feeling of entering into competition with an opponent you know is talented, and not fully understanding the depth at which you are over your head until it's far too late. Some people encounter this against little girls on a tennis court, some encounter it against Carmelo Anthony at the Olympics (Personally, I'd take Carmelo Anthony). Sometimes, oftentimes, you're just over-matched, and you have to be realistic, take your licks, and move on. I guess what I'm saying is I won't blame the Nigerian Olympic basketball team if they decide to take up judo; or race-walking.