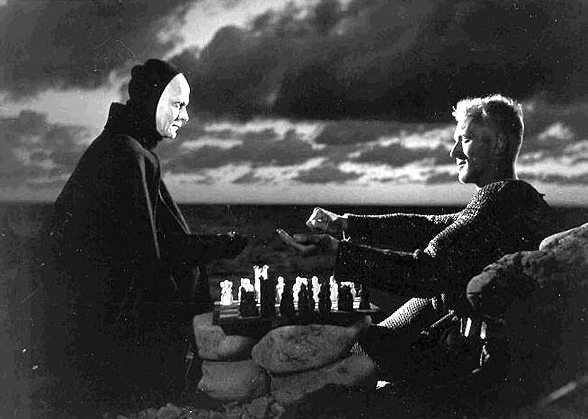 “Everything ends in death, everything. Death is terrible.” -- Leo Tolstoy

Death approached the entrance to Manu Ginobili's childhood home. The lonely ghoulish figure rapped his skeletal fingers on the door, as per his usual -- once to notice, twice to affect, thrice to open. Tap. Tap. Tap. The locked door swung open on its hinges. He slid into the house, closing the door quietly behind him. A cat hissed. A gesture was made. The cat fell softly into a good night's sleep. Death was not cruel. He would not kill, at least not indiscriminately. He was tasked only to take, to claim what was rightfully his. That is Death's dictate. His curse, as some say.

Manu Ginobili had been a great player for a long time. But nothing lasts forever. No player is immune to age, to the slow churn of skills lost and injuries accrued. And Death was there to exact his dismal calculus. Another withdrawal from a major athlete's bank of tricks. Sometimes a player's bag is so full that his taking is imperceptible. Nash, Malone, Duncan. Other times, he goes a bit overboard -- he will never forget his mistaken sleight of hand with the great Muhammad Ali. Tonight, he needed to make a large withdrawal -- Manu had dodged him for several years, predicting his approach and hiding out away from it all. The game was growing tiresome.

As Death stepped through the home, he could find no sign of the man he knew was there.

There is one thing Manu Ginobili brings the Spurs that, in his absence, may never be properly replicated.

In previous editions of these capsules, I've talked of many ways that various Spurs have helped their teams. I've talked of Tony Parker's cubist bent, Tim Duncan's rocksteady foundation, and Kawhi Leonard's evolving role as the one to throw the finishing punch. All of these are important and essential. Without Parker's artistic command of the floor, there'd be scant next-level cohesion on a team built around the outsized achievements of roleplayers and Death-defying talents of once-great superstars. Without Tim Duncan, there would be nothing. Without Kawhi Leonard's development from the finishing punch to the intermediate barrage, the Spurs' days as a contender may be numbered. These are all important.

But Manu brings something very different. Gary Neal comes closest, but with Neal, there's this unstated knowledge that any useful possession will end in the creation of a Neal shot -- from anywhere, mind you, but a shot all the same. Manu does not bring any specific, intrinsic skill. He is a talented shooter, a deft defender, an incredible passer. But there's a fundamentally different look that Manu Ginobili brings the Spurs with every lurch and shot he takes -- there's a wholescale impact Ginobili has on the team as a whole. The pace quickens, the heart trembles, the fans cheer raucously.

This general feeling is exemplified by one of his signature moves, one that few realize is as impossibly difficult as it is. Manu Ginobili is the master of the step-back in-motion three -- takes a dribble right, steps back into his shooting motion, launches an (often) quite well-guarded three from above the key. Some imagine this to be relatively easy. They are wrong. When you get a minute, go to the nearest basketball court with a ball, a friend, and a tape measure. Measure out an NBA-distance three-point line. Dribble around it, imagining defenders and teammates beside you. Embrace the ball, the line, and the moment. Dribble, dribble, dribble. Step-back, cradle, launch. As quickly as Manu does it, please. Wait longingly and watch as the ball sails through the air. Hold your form, if you'd like to look like an idiot.

Because nine times out of ten, you'll miss the basket by four to five feet.

Why? Because it's not a shot that normal people can make. It's not a shot normal NBA players can make. To truly master a shot like that requires a supernatural knowledge of one's own momentum, space, and distance. Few NBA players can seriously incorporate a shot like that into their games -- with the speed that Ginobili launches it -- with the remotest efficacy. Kobe Bryant, one of the few players who can profess to make shots like that with little to no regard to their likelihoods or physical impossibility, considers Manu Ginobili one of the players he most respects, and one of the few he most enjoys playing against. The feeling is mutual. Ginobili owns five signed jerseys that hang in his Argentina home. Kobe Bryant is one of those five.

Hearing noises, Death slid to a window. Manu Ginobili was outside, dribbling in the driveway. Death could not understand how Ginobili had gotten past him, or exited the house in the first place -- Death has always been good at waiting, good at watching. He had known Ginobili was home, and he'd thought that he'd covered every exit. But apparently not. Death stared upon Ginobili's frame, as he crossed over phantasms and the ghoulish creations of his imagination. He sighed. It was time.

But he stood, captivated. Death sees your thoughts and your soul, without exception -- he saw things the way that his prey saw things, as though partial to a silver screen show of thoughts and dreams that only Death and his targets could experience. It was as though Ginobili had believed so readily, so truthfully, so morbidly that he'd brought his phantasms to life. And there he stood, besides a willowy Duncan and a semi-transparent Nowitzki. Kidd, Kobe, Garnett -- the signed jerseys on his wall -- all seemed to rise from the ground around Ginobili. He joked -- if only to himself -- and the ghosts of the living laughed with him.

And then the games began.

It was a driveway. A street. A court with no discernable dimensions. There were no fouls, there was no referee, there were only shots and passes. Ginobili would cross over behind a bush, the shrubbery a clearly-immobile screen to lose Bryant's coverage. He threw a pinpoint pass to Duncan, who made a 40-foot basket as though he was centimeters from the rim. There were images, moments, and fragments of time. And then the seminal moments of Manu's young life began to cycle. His first Euroleague title, as he drained baskets over Elmer Bennett and finished off a hard-fought Game #5 victory. His Olympic Gold, and his dizzying 29 point performance over a USA team that had no answer to his brilliance. His array of clutch shots and backbreaking threes to help the Spurs past the defending champions in 2005.

And then the mistakes, the disappointments. Good players note their successes and revel in them -- better players stew in their mistakes and use them as ammunition. The missed opportunity in 2006, the last-second foul that gave the dread Mavericks the tie and the series in a year the Spurs could've won a title -- the anguish and heartbreak replayed in living color. Losing out on a medal in his final year as an Olympian. The final game of the 2012 season, where his Spurs led going into the final quarter but discovered that the closer could not close out Kevin Durant or Russell Westbrook quite that easily. The games strung together into a tapestry of ghostly memories. And then, as though the reel flickered, the memories faded, and the asphalt and concrete returned to true form once more.

But Death started in shock.

Ginobili -- as though he'd known Death was watching -- was nowhere to be found. 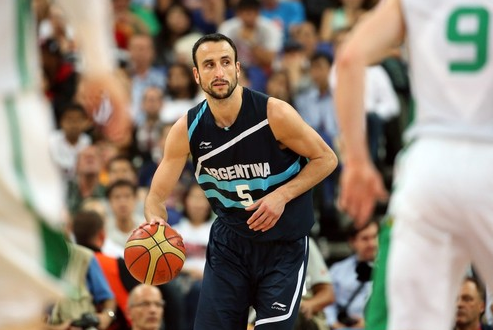 Manu Ginobili does not exist to impress you.

Manu Ginobili does not exist to the drone of mindless accolades.

And thank God for that.

Running out the door, Death knew he had lost. Once again, Death had missed his shot. His prey was nowhere to be found. He spat in idle fury -- the grass below his feet turned to dust and withered. This cat and mouse game would end, someday. Death would find him, Ginobili would lose, and his dictate would be fulfilled once more. The inexplicable skills at accomplishing the impossible would fade, leaving only a flickering memory and the whispers of ticker-tape parades long past. Manu Ginobili would be mortal.

But not quite yet.

Death reached into his pocket for a cigarette, his favorite of the ironic sins. But there was something else. He drew from his pocket a note of folded paper, and unfurled it curiously as he lit his latest cancer-stick. He smiled in spite of himself. As frustrating as this stupid chase was, someday, he would miss this. Confronted with man's mortality, some speed their demise with every debauchery imaginable. Some make incremental steps towards a slightly longer life. Some become different people. And others? New tricks, clever schemes, and impossible twists abound in their favor. They will not master Death. Nobody does. But they shall stave it on their own terms, an archipelago of steely-eyed determination and grit, in hopes that their guile will impress the tides of fate.

And there had to be some respect for that. Begrudging though it may be.

Throwing the note aside, Death ambled quietly into the darkened street corner. Alone, once again. 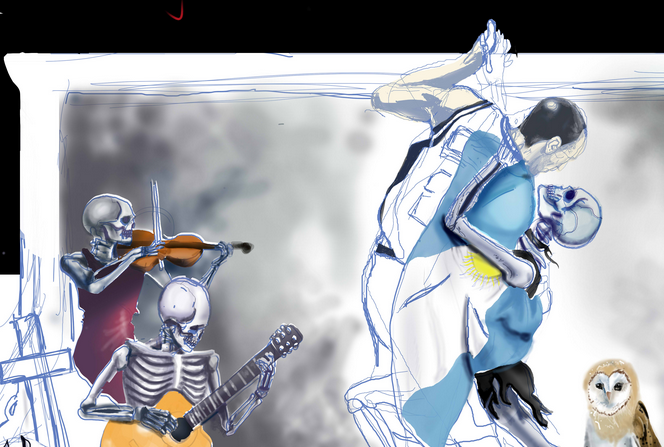 • For more capsules on members of the San Antonio Spurs, visit the Spurs Capsule Directory •