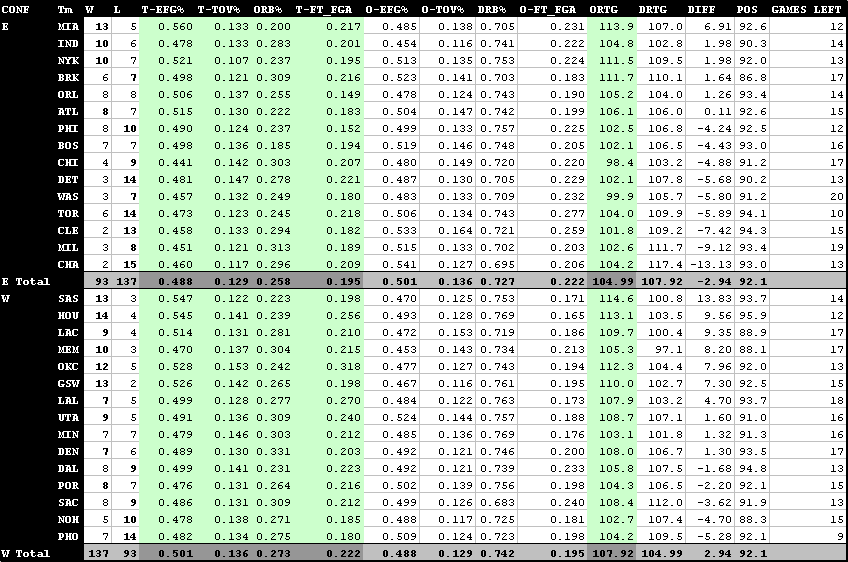 Hey, all. For today's post, I'd like to present some cross-conference matchup data. A lot of people discuss cross conference games from a perspective of raw wins and losses. I'm amenable to that, in the aggregate -- there are usually enough games that looking at raw intraconference wins/losses can give valuable results. Still, there's generally more insight to be gained by looking a tad bit behind the numbers -- not simply the raw number of wins, but how they came about, what sort of statistical quirks underlie them, and what teams are best against the opposing conference. You know, all that jazz. So come with me, friends, and let's get behind a few of the preliminary factors that drive 2013's main inter-conference trends, and note a few interesting quirks

Full-size table after the jump.

I'm rather busy and crunched for time today, but here are a few observations.