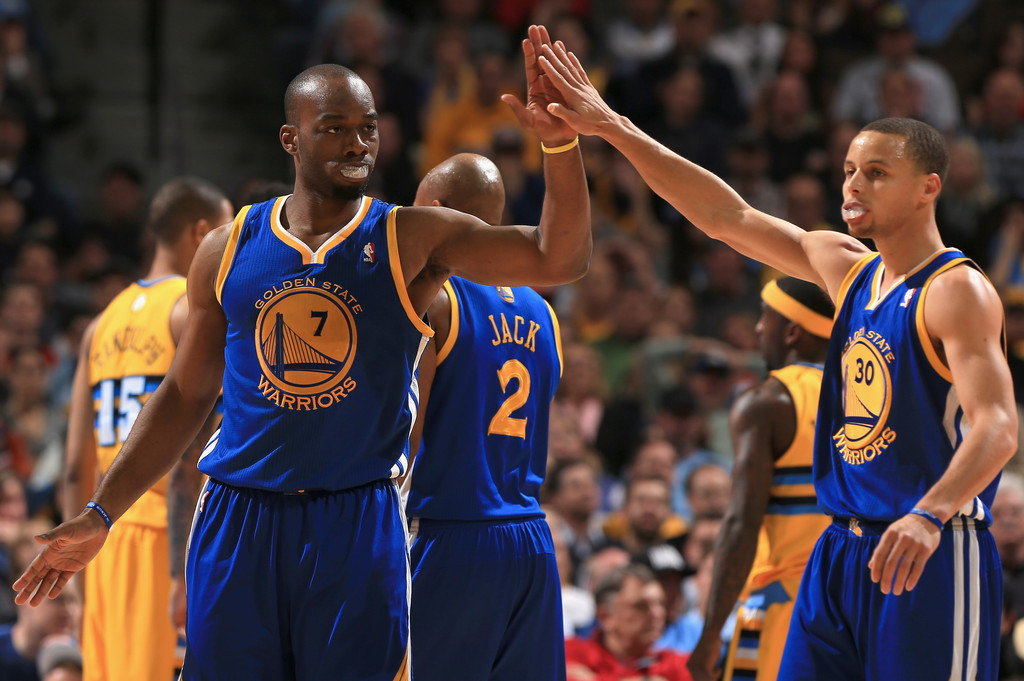 Hey, all. Aaron here. Both Alex and I have an enormous wealth of statistical expertise on our side -- I've got a degree in statistical science and work as a professional statistician in the banking industry, he has a degree in salamander geography and used a calculator once. Given this, as the 2013 Playoffs soldier on, we're planning to occasionally tackle statistical quirks and curiosities we find interesting or elucidating. Answer the questions that we forgot to ask in the first place. Et cetera, et cetera. Today's topic: Denver's mountain air. Or, more accurately, the diminishing returns thereof.

Entering the playoffs, things looked pretty simple for any garden variety prognosticator. Chalk looked poised to reign -- none of the one-through-three seeds in either conference looked even remotely prime for an upset. Teams had either finished the season strong (DEN), faced opponents that were so depressingly injured that they could solve their late-season struggles (SAS), or were simply in a class completely beyond their opponent (MIA). It just didn't look like there were going to be any upsets on the top-line -- if anything, perhaps there'd be an upset in the 4/5 spot, but those are scarcely upsets at all. Chalk, chalk, chalk. Chalk everywhere.

As we stand, the Warriors are on the verge of a monumental upset. Don't sell this Nuggets team short -- they won 57 games, posted a home efficiency differential that makes lambs bleat, and feature a wealth of talent with an excellent play-calling coach. The Warriors limped into the playoffs with a late season slide that took them from a contender for HCA to the verge of the eight seed -- for a short period of time, it actually looked like they were a threat to miss the playoffs. During the 2013 calendar year, the Warriors posted a regular season record of 26-25, just ONE game above 0.500 -- the Nuggets were 40-10. So you must excuse me if I'm hammering the point home a bit: this Nuggets team is a good team, and what the Warriors are doing is reasonably surprising (even if I wrote several good -- and strangely prescient -- reasons why the Warriors had a good shot at the upset in the Gothic Ginobili series preview).

One of the few things we thought we knew going into the playoffs was this: the Warriors couldn't possibly beat the Nuggets at home. That was part of why many smart analysts chose the Nuggets in 5 -- even if the Warriors match up reasonably well with the Nuggets, there was theoretically no threat of Denver dropping any of their home games in the first round. Simply impossible. The Nuggets were 38-3 at home this season. Entering their first round series, they'd won 23 straight home games. Of course, that ended up being a somewhat silly worry -- the Nuggets were a few errant calls and an Andre Miller explosion away from losing game 1, and they got thoroughly embarrassed in a game two blowout that wasn't as close as the 131-117 score made it seem. Down 3-1 with their backs against the wall, it's tough to figure out how to handicap these Nuggets. They WERE unbeatable at home -- are they, still? Or was the appearance of infallibility bunk to begin with? In our first installment of our stat-based playoff feature, I'll examine that question.

To start out, here's a bit of the "how" behind my examination. We could simply look at win-loss records to see if the Nuggets have lived up to expectations in the playoffs. That's sort of silly, though, because we have a wealth of other information. To try and take into account the severity of the effect and the true measure of Denver's home performances, we'll be looking at Denver's margin of victory in each series since the first round expanded to 4 games in 2003 -- that's 12 series results in 10 playoff appearances by Denver, so we'll have ample room to make a few observations. For each series played, I've compiled the following statistics:

A few observations to guide you through, here.

First, it's worth pointing out the obvious -- Denver has been astonishingly good at home. Over the past 10 seasons, the Nuggets have gone 3oo-102 at home during the regular season and 291-275 on the road. That's a heck of a split, and I'm reasonably sure that's the largest in the league. They've beaten teams by an average of 7.4 points per game on their home floor over, once again, the past 10 years. There's no low sample size at play in that part. That's a huge sample. They just dominate at home, period. Regular season teams have no remedy for Denver whatsoever.

Second, it's also worth pointing out the again-somewhat-obvious -- Denver isn't nearly as good at home in the playoffs. They're 15-14 at home in the playoffs over that span, and they posted an outright negative point differential at home in 6 of those 12 series outlined above. On average, they've outscored opponents by 3 points over the 29 home games in this study. Given their respective average ratings compared to their opponents and their regular season performance, Denver would be expected to outscore opponents by 6 points per game in those 29 home games. That means that the Denver Nuggets have on the whole underachieved in their playoff home games in the past decade, occasionally by large margins. (In fact, if you take out their outlier series against a wounded Hornets team in 2009, they've underachieved by an average of FIVE points per game below expectations.) Given the data, we can state with relative confidence that Denver simply isn't the same home team in the playoffs that they are during the regular season.

Something's different. But what?

I've got a few theories. None are airtight, but there's probably a grain of truth to each of them.

Now, let's step back a bit. The Nuggets can still win this series. They have two home games remaining, and although they're a sub-0.500 road team, the Warriors are as prone to a bad shooting night as anyone. A 3-1 disadvantage with two of three games remaining at home isn't a death sentence. But the Nuggets are on the brink, and it's worth wondering if maybe -- just maybe -- we've been overselling their home dominance all along, all based on a few regular season trends that simply don't apply in the postseason.

Or... it's just God disguised as Stephen Curry. Take your pick, really.