Remember our cracked-skull columnist, Alex Arnon? He hit his head a while back, fainted, and woke up a delusional man with tidings of a world where small markets ruled all comers. Yeah, so. About that. Over the summer, Alex tripped while walking backwards, managing to completely reverse the head trauma that created this series. Poor guy's back to rooting for the Knicks and wishing he still had his former faith. Our editor, Aaron McGuire, has no such idle wishes -- to perpetuate this baffling feature, he's developed a drug that mimics Arnon's former mental losses just long enough to go on the weekly vision quest required to write this. Welcome back, #SmallMarketMondays! We love you like our collective infant daughter!

"Another day, another dollar." That's what my small market__ uncle used to say. My family generally didn't like to see me hanging out with him, as one dollar a day is not a wage that a child should generally look up to. Even in the smallest of markets. But they weren't in my head, folks. I didn't look up to his laughable salary. I looked up to his grit and his will to win. I looked up to the aura of competence he had around him. I looked up to the way he talked to dogs and earnestly believed they'd talk back. And, above all, I looked up to the small market spirit he had floating in the air around him. The spirit to never give up even when his salary was comparable to the coins in a normal working class Joe's couch cushions. Today, as we embark on a bold new season of small marketeering in a world of dread piracy, I aim to appreciate some of the many small market heroes that embody my uncle's up-and-at-em spirit.

You know, come to think of it, I have no idea what my uncle's job was. And I never saw him with his own home or apartment. And he had a hat that he'd just put on the ground next to him while sitting at highly trafficked areas, which was when we tended to hang out. And he thought he'd been abducted by aliens on a weekly basis. And he ran every time he saw a cop, and the reason I haven't seen him for a while is that he got arrested for murder or something.

Starting to understand why my parents didn't want me to hang out with him.

Editor, scratch this column. Wait, I am the editor. I don't remember how to scratch columns. These meds are rough, guys.

You know how the small market union was strong last season? It's basically made of diamond now, baby. (And when I say diamond, I mean the "diamond special" at your local IHOP, because diamonds are much too expensive for us true small marketeers.) Seriously, though, the standings right now are basically a beautiful paragon of small market appreciation and excellence. The following facts are true about the beautiful season we've been watching to date:

Okay, scratch that last one. Wait, I forgot again. I'm the editor. Damnit. Where's my backspace key? How do I delete things? 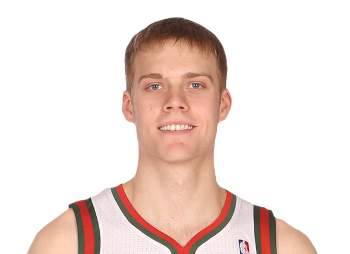 Handsome. Trustworthy. Brunette. These are all words that have never in our natural lives been used to describe Nate Wolters, the small marketeer point guard filling in for Milwaukee's Knight of the Brandon table. These are all words that I will be avoiding in my short description of Nate's amazing play for the Milwaukee Buckaroonies. The Bucks are hardly a great team -- they're currently 2-3, and they were lucky to get an upset win over the Cleveland Cavaliers to pad that 2-3 record. But if it wasn't for the up-and-at-em play of this "young Buck" (yes, I will be arrested for crimes against words someday), they wouldn't even be 2-3.

Wolters is currently averaging 9-6-4 for the Bucks, and we have some new stats that give us context for Nate's splendor. According to NBA.com's "SportsVU" statistics, Wolters is currently throwing 56.3 passes per game. That's 19th overall in the league, despite the fact that he's 21st overall in assists per game! That means his passes aren't leading to quite as many assists as the rest of his peers, which is another sign of Nate's never-say-die attitude. Why generate a ton of flashy assists when you can demonstrate to your fans the true meaning of existential worthlessness by completing beautiful pinpoint passes to players that can't finish? Nothing is beautiful and everything hurts. Great performance, Nate. You're our first "Small Market Mondays" MVP candidate. Keep it up, handsome!

The Grizzlies haven't gotten off to quite the season start they were hoping for -- they're currently 3-3 with a strange mix of blowouts, bad losses, and good wins. As I mentioned earlier (and will probably get more into next week), the Indiana Pacers have gotten off to their best start in decades. They're undefeated! Tonight's game, defensive slog though it may be, is really going to be a no-lose scenario for small marketeers like us. If the Grizzlies win, they're the small market David that's slain yet another Goliath, and they'll return to the Western playoff picture -- where they should be. If the Pacers win, they stretch their 7-0 start to an 8-0 start and further chisel their ridiculously strong start into the annals of league history. It's great! Here's hoping the game is even remotely watchable!