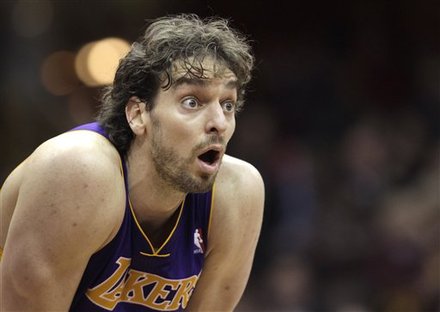 Due to the crushing unpopularity of the "Gothic Ginobili" brand, we have decided to take the blog in a different direction. Welcome to "Goth Gasol", a blog whose sole purpose is to make you think about death and get sad and stuff. To start things off, we have provided a statistical assessment of Pau Gasol's infinite sadness. Required reading.

I'm gonna be honest. I used to get a little jealous sometimes. Of Zach Lowe, you see. Lowe is something of a wunderkind -- a great writer, a great guy, and generally one of the smartest guys around in the NBA writing game. He also, however, has connections. (Not conniptions, those are different.) For instance, he recently had me run a few numbers for an excellent piece he wrote on defending the corner three. It was a great piece, and I was honored to help out. But had it been the me from months prior, I wouldn't have been able to help being a bit jealous of his access to such interesting numbers. However, that all changed a few months ago. I am jealous no longer. See, I found this one guy. Or rather, he found me. His name shall remain anonymous. This is mostly because I have no idea who he is. He contacted me after my prior piece on Kobe as Stavrogin to send me a detailed spreadsheet of the number of times Kobe has invented a new cuss about wizards during each NBA game in the last four years. I have no idea how he tracked this. Not a clue.

I never asked, and I filed the numbers away for the next time I do an analysis on cusses -- a rare but ever-present option for me. Anyway, long story short, he sends me completely unsolicited spreadsheets every few weeks on things that either make no sense whatsoever numerically or make me wonder who in the world could possibly have these numbers handy. Given our new rebrand around the ongoing sadness of Pau Gasol, though, the data he sent me the other day is of the most paramount value. We now have statistics for the number of Pau Gasol frowns for each game of the 2012 season. Armed with these numbers, we may now examine the relationship between Pau's sadness, egg consumption, and the Lakers' winning ways. Anyways. This is the post you've all been waiting for. It's my big break. So, let's get to it.

A few notes on the data. For the purpose of this analysis, we are going to simply assume that the number of times Pau frowned in a game is equivalent to how sad he was on the given date. I do realize there are a lot of problems with this approach. For one, this isn't the frown rate -- this is certainly not a per-possession statistic, and that's problematic. Just ask any of the prospectus guys. And given that Pau plays a variant number of minutes per game (though, it's a Mike Brown team, so mostly just "all of them") that means we aren't necessarily comparing apples to apples. As well, we have the issue that there was no data dictionary supplied by my informant. I don't know exactly WHEN Pau consumed said eggs. What if he ate the eggs after the game? That could hardly be expected to influence his performance. Also, what defines a frown? Are all frowns truly created equal? There's no type of intensity spectrum for the frowns.

Anyway. Despite the flaws, this data can really start to shed some light on what makes Pau sad. To help stomach it, here's a rudimentary correlation table.

What does this tell us? Quite a lot. First off, there's a very high positive correlation between the number of field goals more that Kobe took than Pau took and the number of frowns Pau had in a given game -- almost a 75% correlation. This would tend to back my general impression -- Pau exhibits his enduring Spaniard Sadness more when he's been frozen out for shots by Kobe. I beg you, watch his game. Watch as he stands at his favorite spot on the floor, staring longingly into the abyss of Kobe's 25th isolation jumper of the night. Gaze upon the sadness in his eyes, and try deeply to internalize it. Ask yourself, dear readers: were you that sad, could you truly be expected to go hard in the paint? Well, no, not you, you're not even 6 feet tall! We'd put you on Nash. But you get the idea.

Many other aspects of this correlation table piqued my curiosity. For one thing, why the hell did my informant put in "number of days since Christmas"? It has no correlation to anything interesting, and only served to remind me of the Christmas cards I never put in the mail. I still feel guilty about that. I don't get why he had to give me that information. (Clearly, Pau doesn't either.) We get some nice splits on the eggs dimension -- an insignificant 1.1% correlation with sadness, but a higher-than-expected 12.5% correlation with the outcome of each game. It appears that the more eggs Pau eats, the more wins the Lakers rack up. To some extent. This relationship becomes even more prominent when you take out March 7th, a game where Pau had a great game and ate a season-high 25 eggs... in a loss to the Wizards -- if you remove that game, the correlation jumps to 25%. Truly an outlier performance from Gasol. In short: if the Lakers really want to win more, Jim Buss needs to keep the Spaniard's stomach assuaged and the piping-hot Paella flowing. 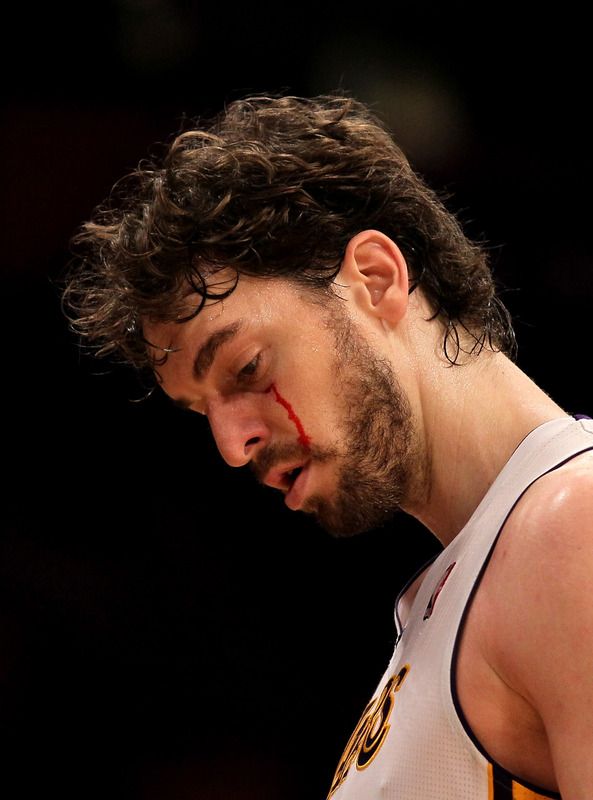 On the subject of splits, let's look at some key performance splits that the data allows us to examine.

When I saw this data originally I was going to create a model of Laker wins based on Pau's sadness and the exogenous factors in the data. I chose not to, because the data is relatively limited and I didn't feel confident that a model would really do better than just a straight analysis of the data. Regardless. I hope this post has helped shed some light on Pau's sadness for the uninitiated. Pau is a sad man, and it distresses me to no end to see him this way. Please send your regards. And if you have any idea who the hell sends me this data, tell him to stop reminding me about those Christmas cards.